Home Astrology Best Cocktails Based on Your Zodiac
AstrologyBars

Best Cocktails Based on Your Zodiac

The Best Cocktails to Drink in 2021, Based on Your Zodiac

Mixology Astrology provides the best cocktails based on your Zodiac sign for 2021. You’re looking to unwind with a delicious cocktail, but with so many to choose from, simply deciding what to order can be stressful.  If you’re stuck for ideas on what to drink next, why not look to your Zodiac sign which describes your personality traits?

The popularity of star signs has soared over the past year with many of us looking to the universe for guidance and hope so why not translate this into our favorite pastime? We teamed up with NIO Cocktail’s Head Mixologist, Patrick Pistolesi, to create a handy guide that’ll have you sipping on a cocktail that encapsulates ‘you’ with every sip.

For example, an indecisive Gemini would be best paired with a well-rounded drink such as the sweet, salty, and sour Margarita, while a flashy Leo suits an Espresso Martini. If you’re the type who checks their horoscope on the regular, then keep reading to find the best cocktails to drink based on your Zodiac.

Best Cocktails Based on Your Zodiac

Aries love to be number one so it’s only fitting their cocktail pairing is an Old Fashioned—the most popular cocktail in the world! The boldness of bourbon, bitters, and sugar is the perfect complement to their competitive and outspoken personality, while the citrus pairs well with their impulsive, energetic side.

Being an earth sign, Taureans suit a spirit with a musky undertone like the whiskey-based Manhattan. This star sign enjoys the finer things in life and likes to savor every sip and every moment. Mixed with sweet vermouth and bitters, this classic is easy on the eyes and goes down smoothly. Not only a perfect pairing for this star sign but enjoyed by many around the world! the best cocktails based on your Zodiac sign for 2021 for Gemini is the fan-favorite Mecican Margarita. With a twin-personality, Gemini’s can never make up their mind so why should they have to decide when it comes to a cocktail? The classic Margarita has the salty rim of the glass, the sweetness of the agave, the bitterness of the tequila and the sourness of the lime. Something to please everyone!

Being a water sign, it makes sense that Cancers are best suited to a classic Mojito. Jam-packed with ice and originating from Cuba, an island country where the Caribbean Sea, Gulf of Mexico, and the Atlantic Ocean meet. Cancer’s are highly intuitive and spiritual so would enjoy the fresh mint—an herb that has biblical references and healing properties. The white rum, sugar, lime, and soda water also give this cocktail a refreshing edge.

Leo is a flashy sign, so they’re going to go for a more extravagant cocktail like an espresso martini. The espresso shot and coffee liqueur reflect this star sign’s high energy while the vodka-based martini screams confidence. After a few sips of this rich cocktail, there’s no way Leo’s won’t be the life of the party they were born to be!

Virgo is an earth sign historically represented by the goddess of wheat and agriculture. Simple, straightforward, and no-nonsense a Virgo’s cocktail pairing is a classic gin and tonic. Premium gins are usually distilled from mixtures of wheat, rye, and barley, and flavored with juniper berries—an aromatic ingredient strengthening the connection to the land. Libra is an air sign represented by scales making them obsessed with symmetry. The stars have aligned to pair a Libra with a light and bubbly spritz—a perfectly balanced cocktail with equal parts Aperol, prosecco, soda water and garnished with a slice of orange. This cocktail not only looks appealing but tastes great!

Known for their passion and power, a Bloody Mary’s strong ingredients can truly capture the essence of this mysterious star sign. Mixed with vodka, lemon juice, tomato juice, salt and pepper—this drink is bold in its coloring while the tabasco gives it an extra kick, much like the fierce streak which lies within the Scorpio.

Represented by an archer, Sagittarians are always chasing adventure. This sign star would pair will with a Negroni which originated from the historically significant city of Florence, Italy. Legend tells that Count Camillo Negroni asked his bartender friend to strengthen his favorite cocktail—the Americano—by replacing the soda water with gin. A drink that was created by risk-taking – a key trait of this star sign. 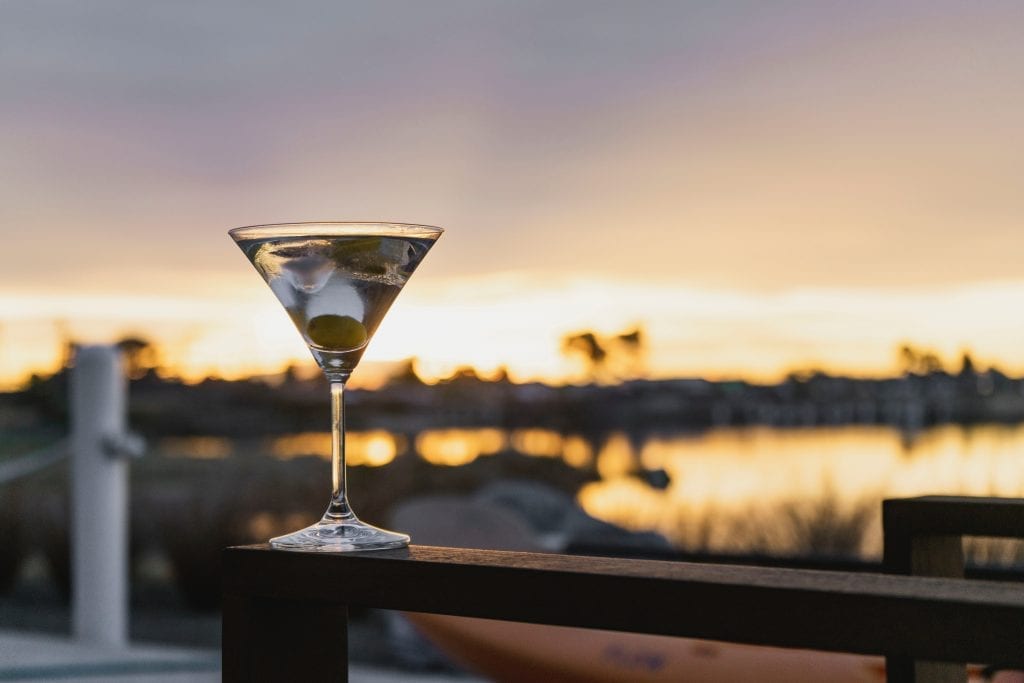 Like Virgos, Capricorns are very straightforward. You always know what you’re going to get with this star sign – they’re transparent and straight to the point, just like a martini mixed with vodka and dry vermouth. They are also hard workers so they’ll enjoy something a little stronger to help them unwind. The only question left is dry or dirty?

Aquarius is the last air sign of the Zodiac and they tend to be a little eccentric and free-spirited. Accordingly, they pair well with a Caipirinha—a light, zesty yet punchy cocktail. Made with cachaça, which is similar to rum but instead of being distilled from molasses—a byproduct of sugarcane processing – it’s distilled from the fermented juice of sugar cane. Mixed with sugar and lime, it has a distinct sweet and sour element like Aquarians who can be sweet but also have a stubborn steak.

Being the last constellation of the Zodiac, Pisces are very wise having learned all the lessons from the other star signs. Many people may not know but the Mint Julep—which is made up of muddle mint leaves, sugar, ice, seltzer, and bourbon—was originally prescribed as a cure for particularly nasty stomach aches. It later became popular due to its refreshing taste. Despite its somewhat questionable healing properties, a Mint Julep is a Pisces’ cocktail match made in the stars.

Enjoyed this list of the best cocktails to drink based on your zodiac sign? Then check out our article on What Your Favorite Alcohol Says About You.

Fashion Spots in Manhattan Worth Visiting