Finding one’s way in the post-college job market has never been without its challenges. For the Class of 2020, plans to step into adulthood have proven even more challenging due to Covid-19 as well. In addition to the abrupt end of the spring semester and the cancelation of graduation ceremonies, recent graduates find themselves facing an uncertain transition into the workforce.

Reports of the virus started popping up around the time students began searching for their first post-grad gig. At the height of the pandemic, shutdowns occurred in top job markets like New York City and New Jersey. Major companies like JPMorgan started implementing hiring freezes and by the end of March, 6.9 million people filed for unemployment. Now the job market is even more competitive and the opportunities to secure a position are very grim—especially for a recent graduate. In the early stages of the pandemic, Haley Jordan, a Rutgers University 2020 graduate from Ocean City, NJ, wasn’t concerned about securing a position due to the fact that big manufacturers haven’t halted production during this time. However, the dreaded “hiring freeze” enacted by companies is what stands in her way now. “From my experience, most companies do not respond after applying, especially right now,” she said. “The best I will get is an automated response saying the position has been filled or is no longer available.”

Jordan was never concerned about entering the manufacturing field after graduation due to the university’s 100 percent job placement rate program. However, it seems as if that statistic, along with many others, has lost validity due to the economic fallout following national stay at home orders.

For Jordan and a lot of other New Jersey graduates, they are still applying and networking as much as possible to get their names out there on LinkedIn but it seems to be a dead-end during this time. Marianne Naleski, a Long Island native and a 2020 graduate of Portland State University, is using this time to stand out in the future to potential employers, “I haven’t applied to any jobs yet because I have been perfecting my resume, marketing myself to potential employers, networking like crazy on LinkedIn and Facebook and taking industry courses. My mood is affected. From what I’ve heard, there’s been a serious delay in job postings, internship opportunities and hearing back from hiring managers. Even four of my friends lost their internships,” she explained.

In the past, many recent graduates—particularly the younger demographic—would often choose to move to a major city for work opportunities. Now, as the risk of living in a densely populated area, many are going against this once popular trend. “I was planning on applying to the job market in New York City but now I am delaying since that is the epicenter of the outbreak. I am scared of being around millions of people on a small island,” said Naleski.

Even for Jordan moving to the city seems undesirable for her each day. It is a scary thought for her to worry about if her potential roommates are responding to the guidelines correctly and how that puts her at risk. Additionally, with the uncertainty of the economy and job market, it makes more sense financially for her to stay at home. What Will the Future Hold for New Grads?

The sudden change for individuals to now relocate out of cities comes from concern about if there was a similar situation to happen in the future and how it could severely impact their physical and mental health. Being in close proximity to people puts one at risk of contracting something while being isolated in a small, cooped-up apartment and could prompt anxiety and depression.

Even now with conversations being sparked about returning to work in the next couple of months without a vaccine available, the idea of touching elevator buttons, waiting in an elevator with others and being on a crowded subway car is nerve-wracking concepts.

The next couple of months will be important in seeing how social norms have transformed. Do individuals prefer living in the suburbs rather than the city? Is working in an office a concept of the past and working from your living room the new normal? Recent graduates will be vital in carrying out the new norms and setting the stage for the future based on what’s going on right now. 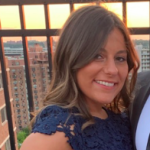 What I Wish I Knew Before Starting...