Photo by Malte Luk from Pexels

Known for its beautiful hiking trails and scenic layout, the Watchung Reservation in Union County is a sight to behold. Amid the blooming foliage and flowing rivers lies Watchung Reservation’s Deserted Village. This failed settlement gains visitors from across the state. After its initial colonization, the area became home to a farming community, a utopian mill town, and a summer resort—amongst other business ventures. Unsurprisingly, the Deserted Village, officially known as the Feltville Historic District, is a Union County site with a rich history dating back to the 1730s.

In about 1736, Peter Willcocks of Long Island decided to build a dam to power a sawmill along the Blue Brook tributary. The sawmill helped produce lumber for the farmers that settled this frontier region. With hundreds of acres of the forest now cleared, the Willcocks family would go on to farm the land for the next century.

The Deserted Village pays homage to the original settlers in its village cemetery. Five headstones (four brand-new stones and John Willcock’s original gravestone) line the small cemetery. Although no tombstones stand over the actual grave of the person shown, historians believe that about 24 people lay in Willcock’s family plot. Today, two plaques—one original and one new—commemorate John Willcocks, Peter’s son. John fought in the N.J. militia in which he became mortally wounded during the retreat of General Washington’s army from Fort Lee. 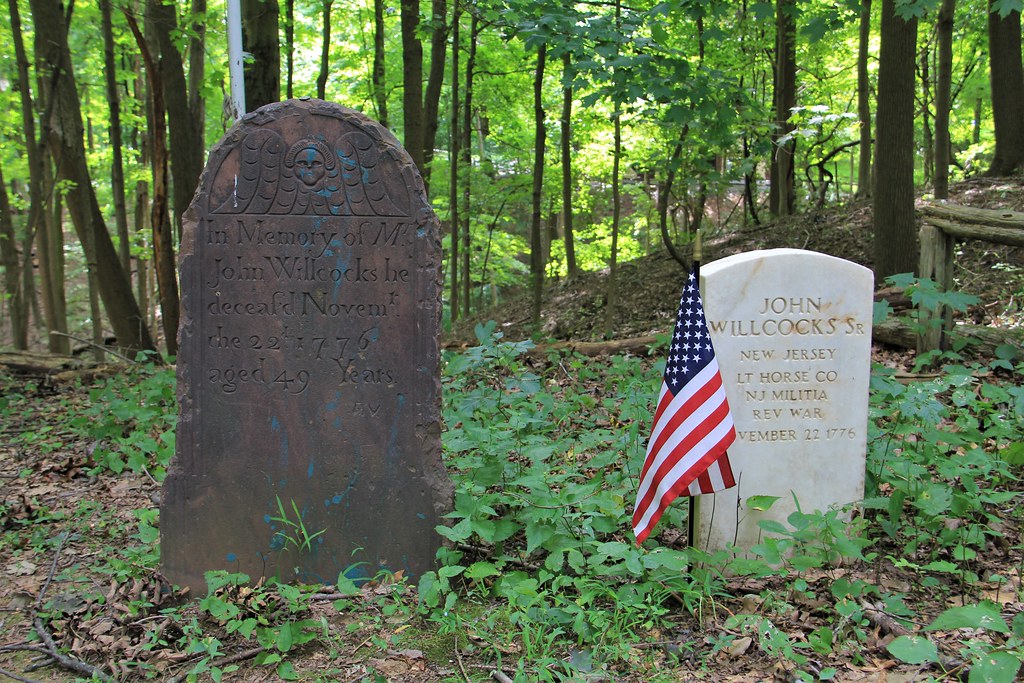 The Rise and Fall of Feltville

David Felt ran a stationery business in New York City. Felt, an entrepreneur, owned a store in Manhattan and a factory in Brooklyn. In 1844, he bought property from Willcock’s descendants in the hopes of establishing another factory. Over the next two years, Felt used his 760 acres of land to build a mill along the Blue Brook, two dams to supply water for that mill, and a living community for the people he would employ at the mill. Felt dubbed this settlement Feltville.

By 1850, nearly 200 people were living in Feltville. Having Unitarian beliefs, Felt ruled the community with an unselfish but stern hand. While this era is known for its exploitative labor practices, Felt attempted to govern the village with the betterment of his employees and peers in mind. Workers had their own yards to grow produce, relatively spacious accommodations, and even a school for their children.

Despite the benefits of this living and working environment, Feltville residents nicknamed Felt “King David.” Allegedly, a bell at the manor would ring four times a day: once at seven in the morning for work, at noon for lunch, at the end of the workday, and nine at night when everyone had to turn in. Felt expected his workers to work six days a week and attend church on their day off. Additionally, he required his workers to frequent religious services every Sunday. However, Felt was rather liberal and allowed the villagers to worship and practice religion under their own beliefs. 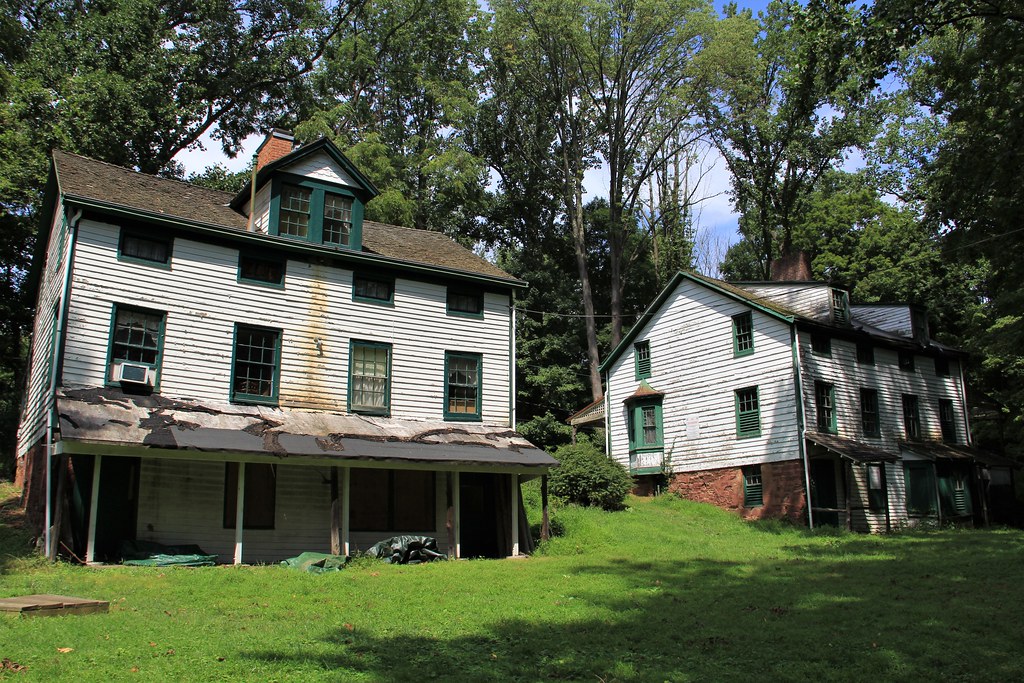 The onsite—and free—school also benefitted many workers and their children. Children typically received schooling until the age of 12; then, Felt recruited them for domestic or factory labor to help support their families. The free schooling, liberal house of worship, and Felt’s general concern for the social welfare of his employees’ families made Feltville a utopian society in the midst of New Jersey.

Feltville thrived for 15 years until Felt sold the mill town and all of its property to Amasa Foster. Felt returned to New York City in 1860 and prophesied the settlement’s failure when he reportedly said, “Well, King David is dead, and the Village will go to hell.” Foster’s purchase would prove unfruitful. The property would change ownership six times over the next two decades. Despite several business ventures ranging from the manufacture of cigars to silk, none of them would yield positive outcomes. Due to the failure of its operations, the tenants abandoned the former mill town again and again. During this time, the area became known as the Deserted Village.

In 1882, Warren Ackerman bought the property at a fraction of its former worth at a public auction. Ackerman converted the property into a summer resort called Glenside Park using the already existing infrastructure. Visitors from Orange to Newark, and even New York, would rent the homes for their families. However, upon the advent of the Jersey Shore and more transportation options, Glenside Park would shut its doors in 1916. This would lead to yet another period of abandonment. 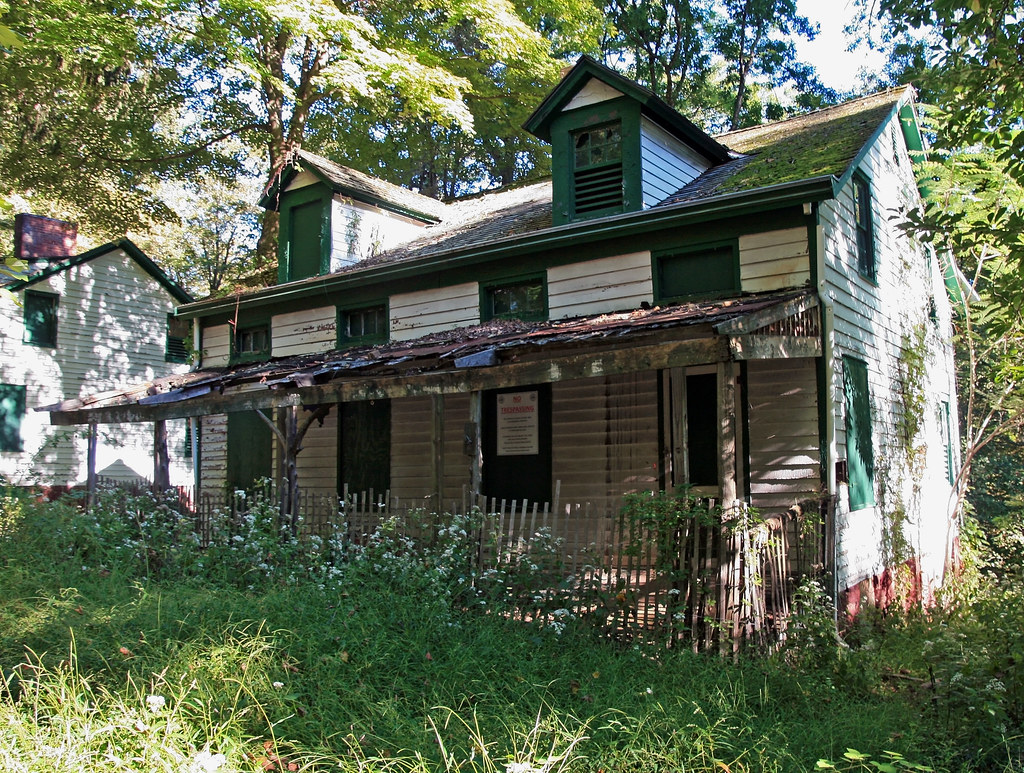 The Union County Park System incorporated the area into the Watchung Reservation, one of America’s first county parks, in 1921. The site was listed on the State and National Registers of Historic Places in 1980. In 1992, a New Jersey Historic Trust grant helped fund stabilization work on all of the buildings. Another Trust grant authorized the restoration and rehabilitation of Masker’s Barn. The building is now used as a public assembly building, lecture hall, and is rentable as an event space.

Today, 10 historic buildings still survive, some of which are inhabited. People rent the dilapidated structures from the County and promise to help restore and maintain them. Interestingly, there is a long waitlist of people who wish to live in this once quasi-utopian community.

Despite the County’s attempts to restore the buildings to their former glory, the abandoned houses in the middle of the woods give community members an eerie feeling. As with any abandoned locations, ghost stories and adventure seekers plague the former homes of Feltville.

Local lore states that three young sisters never returned from camping deep in the woods in 1912. Despite residents finding the girls’ bonnets, they never saw the adolescents again. Locals allege that the fear of the missing girls caused nearly half of the residents to move away from the village. The ones that remained never let their children go too deep into the woods again. 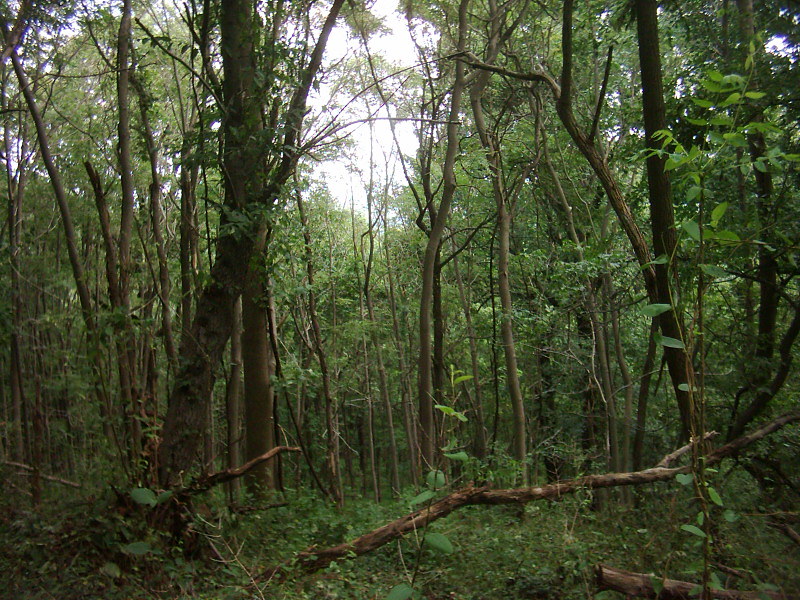 Nearby residents speculate the wooded area surrounding the Deserted Village, known locally as the Enchanted Forest, is where Satanists and witch covens practice their rituals. Rumor has it that remnants of fires in the shape of perfectly designed circles with Pagan stars and bloodstained altar-like structures—​​à la sacrificial rituals—can be found in this area of the park.

Others state a feeling of dread comes over them while walking through the village and forests of Feltville. Temperature changes, dogs barking madly at thin air, and an “I’m not supposed to be here” feeling are just a few of the eerie experiences that characterize a visit to Watchung Reservation’s Deserted Village.

Open every day from dawn to dusk, the Deserted Village is a sight to behold. Whether you’re a history buff interested in catching a glimpse of a three-century-old village, a ghost-hunter attempting to spot an apparition, or just a jogger looking for a scenic hike, Watchung Reservation’s Deserted Village has it all.

Tips on How to Choose the Best Ergonomic Gaming Chair

Easy Tips to Help Teens Stay Safe on the Street