Why We Get To Enjoy The Two-Day Weekend At the start of each Monday, we’re already counting down the hours until the weekend rolls around again. But ever wonder why it is we have the freedom of the weekend in the first place? Here’s a little history lesson on why we get to enjoy the two-day weekend in America:


Sunday has always been considered a day of rest in our country. This concept originated from Christians and Jews who honored the Bible, saying that God rested on the seventh day after creating the universe for the first six. But having Sunday off didn’t carry the same meaning it does now – no “Sunday Funday”, “Lazy Sunday” or getting rowdy at sporting events. Back in the day Sunday was reserved for church, singing hymns, reading scripture, or helping people in need.

As the Industrial Revolution threatened this concept by opening businesses and producing mass products, the passing of the Blue Laws into Legislation kept Christian and Jewish beliefs in tact by forbidding businesses to be open on Sundays.


The first sign of the full two-day weekend arose with Henry Ford in 1926. He was one of the first to initiate the idea of shutting down his automobile factories both Saturdays and Sundays. Three years later the Amalgamated Clothing Workers of America became the first union to demand a five-day work week and was actually successful in receiving it.

Despite these two prominent stepping stones, not everyone jumped on the two-day weekend bandwagon.
The rest of American workers had to wait until 1940 for this luxury. An addition to The Fair Labor Standards Act required a 40-hour workweek maximum, convincing more owners to adopt the two-day weekend.
Prior to this, the average workweek for a manufacturing employee could be as much as 100 hours. Imagine how stressed we’d all be if that were still true?


Even if you’re not a religious person you can thank God for needing a nap on Sunday, which eventually lead to our beloved two-day weekend. 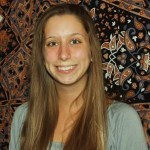