As temperatures plunge and snow falls across the Garden State, some may turn to a nice brewski to keep warm. With that, we put together a list of 11 unique seasonal offerings from some of the state’s favorite breweries. Beers on this list can be ordered or picked up from the breweries themselves, while some taprooms are open at a limited capacity. So, without further adieu, here is a list of 11 New Jersey winter beers to try right now (in no particular order).

Kane Brewing is a staple of New Jersey’s craft beer scene. Founded in 2011, award-winning brewer Michael Kane left his Wall Street job to follow his passion of brewing. Since then, the business has become one of New Jersey’s largest breweries. Every winter, Kane Brewing releases their Morning Bell series of coffee-inspired beers. Morning Bell is a collaboration with Rook Coffee—an Imperial Milk Porter brewed with Rook’s signature flavor with lactose added to balance out the bold coffee flavors. Kane Brewing’s 2021 addition to the series will be released at the end of February. The Czigler family is the Czig Meister Brewing Company’s namesake dynasty. Founder Matt Czigler thought his passion was in biology, earning three Bachelor of Science Degrees, until he started brewing his own beer. After realizing his true calling, he teamed up with his mother (Laura) and father (Frank) to start Czig Meister Brewing Company. The Miner is one of Czig Meister’s three seasonal beers whose flavors embrace the New Jersey winter. Somewhere between a stout and a lager, the Miner features a rich, strong, roasted flavor with notes of chocolate. The Miner at Czig Meister Brewing Company in Hackettstown, NJ | Photo via @czigmeister

Departed Soles was born from tragedy when a car accident took the life of owner Brian Kulbacki’s best friend Chris. From the ashes, Kulbacki made himself a promise to honor Chris and their plan of opening a brewery. Departed Soles’ mission is to develop beers as loud and diverse as Jersey City itself. A prime example, Doughnut Soles is their offbeat pastry stout collaboration with Montclair Bread Company. The stout is light-bodied with hints of brioche and chocolate and is also only available for the month of February, so get it while you can. This is one of those New Jersey winter beers that doesn’t disappoint. Cousins Chris and Augie Carton teamed up to serve the Atlantic Highlands with craft beer from their red brick warehouse. Located in the Atlantic Highlands, Carton Brewing’s portfolio runs the gamut from the lactose-inspired Carton of Milk and the Brunch. Dinner. Grub. designed to pair well with every meal. The EWR-MIA, meanwhile, is one of their signature seasonal brews. EWR-MIA (Newark to Miami) is their take on the southern migration to Florida as the cold rolls into the Garden State. The beer is a lightly fruited sour inspired by the wintery New Jersey flavors of cranberry and spruce. The brainchild of CEO and Founder Jeff Plate, Asbury Park Brewery opened in 2017. The brewery’s interest is in nailing classic and subtle beers by focusing on the little things that make beer great. Their seasonal Double Dragon is a continuation of the brewery’s popular Sea Dragon line of Eastern IPA’s. As per the brewery’s menu, Double Dragon is bitter and dark featuring a “complex hop profile with a big body”. Availability for the brewery’s seasonal ales is fickle, so be sure to check their website. Bonesaw Brewing Company is a New Jersey brewery 30 years in the making. Orthopedic surgeon-turned-brewery businessman, Rich DiVerniero, brewed his first beer in 1980. Three decades later, Diverniero teamed up with David and Alan Doe, and AJ Stoll to open Bonesaw Brewery in 2012. While the holiday season may be behind us, Bonesaw’s Cheer wraps up all those flavors into one fan-favorite brown ale. Orange, cocoa, and winter spices flavor Cheer and allow you to relive the holiday memories while descending deeper into winter. Brix City Brewing is touted as Bergen County’s first production craft brewery. Co-founder Pete Reuther realized his love of beer while stationed in Germany during his four year stint in the army. After teaming up with his childhood friend Joe Delcalzo, the two turned their hobby of brewing beer into a business. Brix City Brewing opened in 2015 with the mission of constantly improving their craft. At the end of February they’ll be releasing Joe N’ Oats, one of their annual winter releases. Collaborating with Roast’d Coffee, the beer is brewed with Sidamo coffee and has notes of java and chocolate. This woman-led brewery is the product of owner Jamie Queli’s love for a good beer. After a vacant property fell into her lap, Queli seized the opportunity to open her own brewery and taproom. As a Jersey Shore native, Forgotten Boardwalk Brewing seeks to build its identity on the nostalgia of the Jersey Shore. The Come Quick Distress is one of the brewery’s signature seasonal rotations that tastes of citrus and berry. The IPA is brewed with Simcoe, Mosaic, and Idaho 7 hops for a dry and fruity taste. Come Quick Distress is also robust enough to pair well with the likes of garlic buffalo wings and sushi. The team behind Battle River Brewing realized one critical thing missing from Toms River: a craft brewery. As Toms River Township continues to develop their downtown area, Battle River Brewing seeks to be a hub of gathering and community. The brewery is situated in a 100-year-old building that Battle River has renovated while maintaining its historic charm. Of their expansive repertoire, the Snow Melter stands out amongst their seasonal offerings. Winter flavors like cinnamon, nutmeg, brown sugar, and cardamom are laced throughout this Belgian Dark Strong Ale. The Snow Melter will warm you from the inside out throughout the winter. The Muffin Man actually lives on Harrison St. in Hoboken. Hoboken Brewing serves North Jersey with delicious craft beers and has current plans to expand to New York City. The brewery is aiming to be a frontrunner in Hoboken’s artisanal craft beer resurgence. Brendan Drury and Andrew Zebrowski’s goal is simple: always make the best beer possible. With that comes the Muffin Man, Hoboken Brewing’s seasonal rollout. The Muffin Man is a smooth stout embodying the Christmas and winter spirit with the unmistakable flavor of cinnamon rolls. The Muffin Man at Hoboken Brewing Co. in Hoboken, NJ | Photo via @hobokenbrewingco

Rounding out the list is New Jersey Beer Company‘s newly released end of winter beer. New Jersey Beer Company is dedicated to serving everyone, from the casual drinker to the beer lover. The brewery started with humble beginnings in 2010 with a small team and only three beers to offer. Since then, New Jersey Beer Company has expanded its menu and its reach, expanding its offerings to the entire state. Their newest seasonal concoction is the Cherry Wheat Lager. The lager is light in body and has a subtle flavor, with the taste of cherry and essence of vanilla. 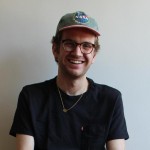 Does Central Jersey Exist? Here’s What I Found

No Ramstein Winter Wheat?!? One of the best ‘winter’ beers in the world, not just New Jersey. 🤷‍♂️