A Sinatra-Inspired Speakeasy Opens in Hoboken Cocktails at The Sinatra Room Hoboken. Photo by Zack Perl

For many of us, the ongoing pandemic has kept our lives in a cycle of monotony, strongest felt when every passing weekend ends exactly as predicted. Though 12-hour true-crime binges and takeout started off an indulgent quarantine treat, even these need some time apart to fully regain their luster. If you would like to add a little excitement and sophistication back to your agenda, look no further than the Sinatra Room, a recently-opened speakeasy in Hoboken.

The Sinatra Room is located within Monroe’s, an American fusion restaurant with a flair for incorporating wordly flavors into their cuisine. Named after the famous blonde bombshell, and its speakeasy named after the famous crooner, Monroe’s calls to mind an era in Hoboken history when both figures spent time in the city. The retro restaurant has managed to gather a following despite opening in early 2020–an impressive feat that speaks to their culinary ability.

Though Monroe’s is still fresh and new, it actually follows a long history of venues that came before it. The property is the original site of the Clam Broth House, a Hoboken institution that first opened in 1899. Once a real speakeasy, the Clam Broth House was a popular performance spot for Frank Sinatra himself. It was later notably the location of Biggie’s Clam Bar, a restaurant similarly steeped in Old-world tradition. When viewed from this perspective, Monroe’s creation of a speakeasy and inclusion of early 20th century influences appear as not-so-subtle nods to the legacy they are joining. In true speakeasy fashion, the Sinatra Room is not visible in plain sight. Instead, you must enter through a secret bookshelf passageway à la your favorite mystery novel. Access is not permitted, however, until you recite the week’s secret password at the door, given to you with your reservation. Talk about dedication to aesthetic! Once inside, the room is everything you would picture a 1920s hideout to be; Dark leather armchairs nestled into exposed brick corners, dimly-lit Tiffany lamps, and art deco accents. Of course, this is not complete without ample references to the bar’s legendary namesake.

No longer needing to serve up bootleg booze, this speakeasy offers elegant cocktails in keeping with their style and culinary craft. Among their options are some of Sinatra’s favorites and modern takes on prohibition classics–such as the increasingly popular espresso martini. Drinks are personally cultivated by mixologist Melanie Carugan, who incorporates the best ingredients and ensures that creations are constantly evolving. Providing different specials and paired samplings from Monroe’s dishes every week, there is always something bold and new to try. With such attention to detail in every refined selection, the Sinatra Room will soon have you channeling your very own Jay Gatsby. Cocktail at The Sinatra Room in Hoboken. Photo by @thebacyard

The Sinatra Room in Hoboken is only open Fridays and Saturdays, with emails made out to thesinatraroom@gmail.com to make a reservation. (Note: there is also a dress code, on par with their exclusive image.) Stop by to break up your weekend routine and manifest your own roaring twenties! 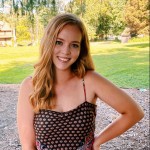 Reasons Behind Search by Image Innovation