Online casinos in New Jersey performed admirably in June, generating slightly over $133 million in monthly revenue. Online gambling in New Jersey is still just slightly behind its record-breaking performance from March, despite earnings declining for the third consecutive month.

The New Jersey Division of Gaming Enforcement’s June statistics indicated that revenue was close to $133.1 million. It fell short of the current monthly record set by the state of $140.7 million. Regression is anticipated because this number was quite close to the national record.

The popularity of the Garden State’s online casinos has significantly increased since they launched in November 2013, and the best New Jersey online casinos’ latest offerings have been attracting even more customers. The statistics for June show a more recent upswing, with income increasing dramatically over the previous 12 months.

According to the Division of Gaming Enforcement, wagering revenues at casinos, racetracks, and their internet partners were $401.5 million in June, an increase of 2.2 percent over the same month in the prior year.

Up to this point in 2022, total revenue has reached $2.43 billion, up 15.2 percent over the $2.11 billion recorded at the same time previous year. The statistics for June demonstrate that after COVID-19 peaked, the nine casinos in Atlantic City have been on a rebounding trend. The casinos’ combined gaming income, which excludes winnings from racetracks and includes winnings from land-based operations, online wagering, and sports betting, increased by more than 9 percent in June compared to 2021, reaching more than $377.4 million. The city’s entire casino gaming income has already surpassed $2.2 billion in 2022, an increase of about 19 percent from 2021.

With $54.3 million in revenue, Borgata Hotel Casino & Spa took the top spot in June. Hard Rock Hotel & Casino Atlantic City came in second with $44.6 million. Together, the casino’s online components brought in $133.1 million in June, up more than 24 percent from $107.1 million the previous year.

State’s earnings decline for the third month in a row

Despite the fact that casinos still made over $133 million in earnings, a bad trend is developing. This was the third consecutive month of declining income since March, when the state broke the $140 million mark. Prior to May’s revenues being just over $136 million, April’s total almost topped $136.9 million. Now that June has dropped by a few million from that, this could be something to watch for in the coming months.

The season could be one factor in the reasoning. Perhaps more individuals are enjoying themselves outside during the summer months and pleasant weather than they are betting online. This element may also result in more tourists visiting Atlantic City to play at their favorite casino and placing their bets there.

The month of July should provide a clear indicator of whether or not this is the case. Earnings may appear a little slow until the fall hits, which is extremely plausible. The data from the previous year mostly confirms this hypothesis, despite the fact that earnings in July 2021 increased by around $12 million compared to June.

The overall income is significantly rising as compared to previous year, as was noted in relation to the leading online casino providers in the state. The total monthly amount of $133.1 million is a significant increase of 24.4 percent from June 2021. When the year-to-date figures are taken into account, this improvement becomes even more noteworthy, taking the sector to a whole new level within the entertainment industry.

The total revenue from New Jersey’s internet casinos reached $814.5 million at the end of June. This is a 28.4 percent improvement above the $634.2 million it was a year earlier. According to the Division of Gaming Enforcement report, the casinos’ brick and mortar revenue increased over last June by roughly 7 percent, even without factoring in sports or online gambling.

“In keeping with current trends, a significant portion of that growth came from internet and sports betting, which have grown in significance in the past few years,” said Jane Bokunewicz, faculty director of the Lloyd D. Levenson Institute of Gaming Hospitality and Tourism at Stockton University. “Since this time last year, internet gaming has grown so much in significance that even a seasonal plateauing of revenues generated from that activity (down 2.1 percent compared to May 2022), did not diminish its impact on the industry’s overall performance for the month.” 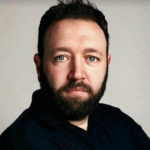 4 Tips To Shop Locally Sourced and American Made Goods