When it comes to slow-smoked meats and fresh seafood, Chef Franco Robazetti plays to win—and he did just that by walking away with the gold on Food Network’s “Chopped.” Chef Robazetti used his combination of seafood and barbeque expertise to take home the $10,000 prize. As executive chef at Jersey City’s Zeppelin Hall Biergarten, Robazetti doesn’t shy away from 17-hour hickory-smoked brisket, giant “pretzillas,” or half-pound bratwurst, kielbasa and andouille sausages. At his other Jersey City restaurant Surf City, Chef Robazetti crafts seafood classics like steamed mussels and clams in white wine garlic sauce, but also adds fun innovations such as the Drunken Shrimp Roll and Mahi Mahi Burger. This week, we were lucky enough to speak with Chef Robazetti about the Jersey City restaurant culture, his passions, and his past experiences both on and off the show.

What drew you to Jersey City? How do you feel the culinary scene has developed here?

After working in NYC for years, I eventually ended up in Jersey City which has been home to me for awhile now. The scene is actually constantly changing based on current trends since we are so close to NYC.

Are there any up and coming trends that people may not know about that you are excited to see moving forward?

Donuts and churros are slowly creeping into the current scene and I have been busy playing with churros with various flavors and fillings that best represent who I am. What chefs do you model yourself after? Or is there a school of thought that you feel like you align closest with?

Chef Jose Andres has always been an inspiration to me for his methods of cooking and accomplishments. I always say to do everything with passion. Without passion, you cannot fully believe in what you do.

With such a vast experience in different food styles and preparation, what genre or method of cooking have you enjoyed the most?

Smoking has recently been one of my favorite methods of cooking but I have always been a fan of the nose-to-tail concept since I grew up on a farm in Venezuela where we utilized everything we could possibly touch.

Did you have an experience or interaction on “Chopped” that didn’t make it on TV that stood out to you?

I used the oven to preheat the pan I was using to sear the steaks in. With all the adrenaline and the clock ticking in my mind, I grabbed the pan without using a towel and burned my hand but could not even react because all I was thinking about was how I was being recorded for TV. What’s your favorite food to cook when you are at home?

Anything that I could grow with my own two hands are my favorite things to cook because the final product meant more to me than just something I was able to prepare.

What is the weirdest food you’ve ever eaten or prepared?

Rocky Mountain Oysters are probably up there on the list. For those who don’t know what they are, let’s just say they aren’t the fresh oysters I get to shuck at Surf City… 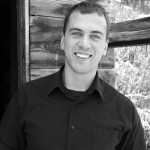 This author does not have any more posts.

The Art of Cohabitation with Courtney Sloane