The fashion and apparel industry’s need for a restructure has never been more apparent. From a global pandemic to the Black Lives Matter movement which is challenging inclusivity, its shortcomings are highlighting a serious need for reflection. Samata and Her Contest-Winning Design, 2010

As these events continue to evoke new considerations, a major pinpoint for change has always been on the sector’s sustainability efforts—one that Samata and the Red Carpet Green Dress organization are effectively leading the charge on. Conceived in 2009 by actress, author and environmental activist Suzy Amis Cameron, the women-led campaign has been spotlighting sustainable practices on the global fashion stage through thoughtful school and community partnerships, a long-standing alliance with the Academy Awards, and a global design contest which is receiving a 2020 rebirth after a five-year hiatus.

Samata, who was appointed CEO of Red Carpet Green Dress in 2019, has a history of nearly 15 years in fashion and media. The published author and writer also has designer tacked to her resume, which was ultimately her gateway to teaming up with Cameron. “Before I was the CEO or even the campaign director for Red Carpet Green Dress, I was a fashion designer,” she explains. “I had a womenswear brand that was made in the U.K., and I actually entered the Red Carpet Green Dress [global design] contest myself in 2010. I was fortunate enough to be chosen as a winner, and I went to LA where I met [Cameron]. This is really when my sustainable fashion journey began.”

Samata does account for some challenges along the way to becoming CEO. As a Black female in such a position, she’s experienced undermining, invalidation, and even silencing. “I think when you’re leading something, you have to have a very clear vision and be really committed to delivering on that, but be flexible at the same time,” she explained. “With all of the trauma that’s happened this year from the global pandemic to the Black Lives Matter movement surge, it’s been very challenging to take out the different parts of who I am and separate them for me in this role. I finally came to the realization that I shouldn’t be separating them and thinking I should ‘just focus on work’, but that I should embrace and bring them into my work and use what I know, as a Black businesswoman, as a tool to push our organization forward.” Forward she’s going: at the helm of Cameron’s campaign, Samata is looking towards a future that connects younger generations with sustainable fashion conversations, creates accessible design solutions and a representative industry, and uses mainstream platforms to help capitalize on building a global sense of sustainability. In a time of what seems like a system rebirth, Samata is putting the topic right where it needs to be.

According to EDGE, the clothing and textile industry is the world’s second-largest polluter behind oil. Although the conversations surrounding sustainability are increasing, Samata feels senses of genuity and togetherness are still lacking. “My biggest finding is really that there is too much ownership right now,” she notes. “In saying this, I mean that too many groups are citing their way of sustainability as the only way (or the best way) to do sustainability. I think that prohibits us from having real progress.” Emma Roberts in sustainable Armani Privé at the 2017 Academy Awards

It’s easy to take note of how successfully Samata is turning sustainability ‘ownership’ into collaboration, with the organization’s Academy Awards partnership being a prime example. Her campaign direction has allowed designers and talent from over 21 countries to be a voice for ethical fashion choices, with major labels such as Louis Vuitton, Vivienne Westwood and Armani rising to meet the ‘Green Dress’ criteria.

“Our criteria has definitely evolved since those first Oscars days, then we were just over the moon to find certified materials which were quite a challenge back in 2009. Now it’s really expanded, and we look at everything from the dye’s material composition, where the textiles have been made and who is selling them across to new technologies,” Samata details. “It’s quite extensive and it’s evolving every single year, which I think is really important. Just because we might have got it right one year, doesn’t mean what was right in 2019 will still be the best way to do it in 2020.”

Samata expresses that ambassador selection for this partnership is just as crucial, having talent including Emma Roberts, Priyanka Bose, Sophie Turner, and Laura Harrier don the sustainable designer dresses over time. “One of the most important things for me is that the talent we select represents a global community. Too often sustainability is channeled through the lens of ambassadors who represent a smaller group of society.”

Despite the 2021 Academy Awards being a while out, Samata is maintaining momentum. The organization’s global design contest in partnership with TENCEL™ Luxe closed just last week, and even through the pandemic, she’s optimistic towards its goal to build on the sustainability conversation. The contest asks applicants to design a red carpet-worthy sustainable gown, with two individuals winning a range of prizes including a three-month business mentorship with Samata and a contest ambassador dressing opportunity for next April’s Red Carpet Green Dress Gala.

The contest comes at an important moment in time, as fashion itself is grappling with finding a new reality where sustainability will hopefully have a louder voice. In spite of it all, as a previous winner, Samata offers some advice to designers no matter where they are on their journey—emphasizing that their work remains true to who they are. “Your roots, your culture and your upbringing are relevant to how you approach sustainability. Find your own lens for it: if you grew up with a parent that used to customize things for you if you used to shop in charity and vintage shops, or if you used to dye your own pieces, recognize that it’s part of your story and what makes you unique.” 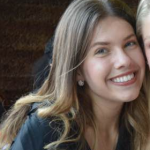 Surviving the Challenges of Family Life

Are Custom Apps for Web, Cloud, and Mobile...