Two years ago, the Netflix documentary, “Tiger King,” captivated the entire nation. Joe Exotic’s outlandish antics, the mystery of Carole Baskin’s missing husband, and the tiger trading business fascinated audiences. However, few people know that New Jersey had its own tiger queen. For several years, Joan Byron-Marasek owned a tiger sanctuary in Ocean County. Known locally as the Tiger Lady, her empire came crumbling down when a tiger broke loose and roamed around Jackson, New Jersey. Buckle up “Tiger King” lovers, Byron-Marasek’s story is one that cannot be forgotten.

In 1999, Joan Byron-Marasek made headlines far and wide when a tiger allegedly escaped her preserve. However, reporters could never get answers from the mysterious tiger owner as she actively dodged all questions. She apparently has no Social Security number, making her age difficult to establish. The New Jersey Tiger Lady swore that she was born in 1955 and began taking classes at New York University in 1968. This would make her a 13-year-old freshman in college. When probed further, she stated that she was just not good at remembering dates. Newspaper reports have claimed Byron-Marasek was an actress, but there is no concrete proof of these findings.

Nothing about Byron-Marasek’s life is definitive, except the fact that she was once an animal handler. She has worked for the Ringling Brothers and Barnum & Bailey Circus. Known for having an obsession with endangered species, Byron-Marasek’s lifelong dream was to create a wildlife preserve. Eventually, she would do so. However, she took her obsession to a level most animal lovers would never reach.

The Beginning of the Tigers Only Preservation Society 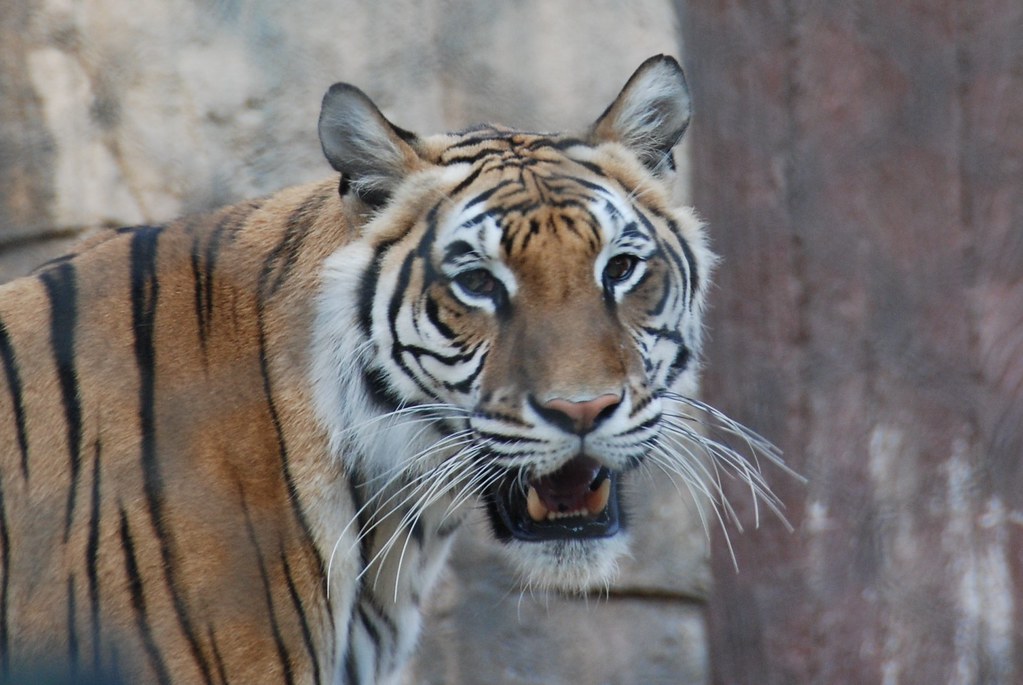 Up until 1971, New Jersey had no restrictions regarding owning wild animals. For a long time, exotic-animal owners did not worry about having permits or registering their wildlife with the state. But when reports of aggressive animal encounters began to arise, the state set about keeping track of the exotic animals within the territory. It was during this time that many wildlife-themed attractions opened across the state. For example, both Jungle Habitat and Six Flags Great Adventure made their debuts in NJ in the ‘70s.

In 1976, Byron-Marasek moved to Jackson, NJ with her family—husband Jan Marasek and her five tigers. The town was barely populated, and her property was mostly featureless. Located near Holmeson’s Corner, the land seemed to Byron-Marasek like a good place to raise tigers. So, Byron-Marasek packed her bags and took her predatory cats to Jackson. Then, the Tiger Lady obtained the necessary permits for her tigers on the state and federal levels. As a result, the Tigers Only Preservation Society was born.

The society’s mission was to conserve all tiger species, return captive tigers to the wild and create a resolution to the human and tiger conflict. Eventually, more tigers were purchased and more cubs were born. The population of tigers steadily increased and the Six Flags’ safari attraction aided in the growth of the tiger population in Jackson, NJ. At one point, the township had a higher concentration of tigers per square mile than anywhere else in the world.

At Tigers Only Preservation Society, Byron-Marasek’s permits required her to give educational tours of her property and programs focusing on her animals. However, the state had no records of the tigers performing or anyone attending an educational program. In fact, Byron-Marasek never advertised to the public, nor did she look for fame. But, in 1999, fame—and infamy—would find her.

A Tiger on the Loose 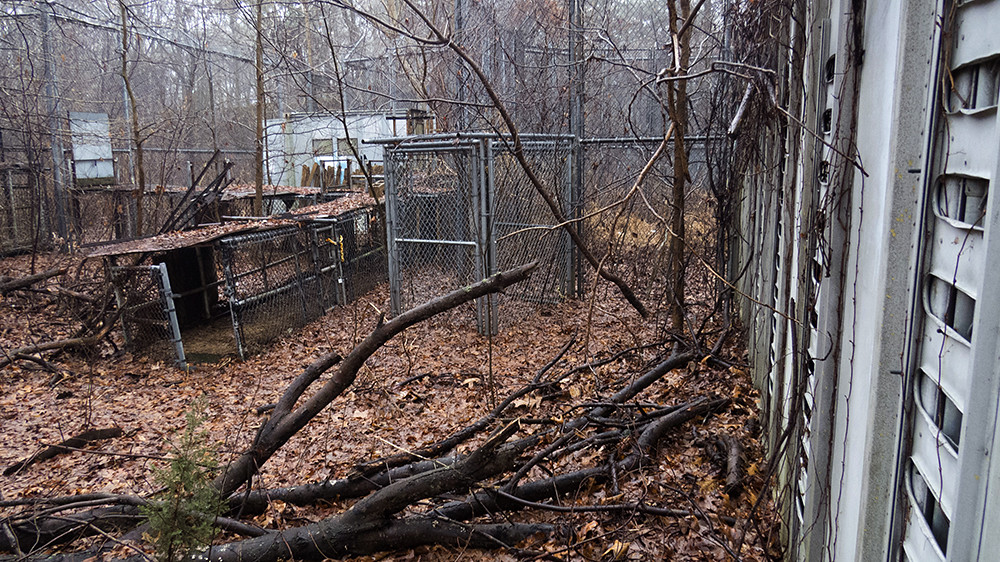 In 1999, Jackson Township residents made several calls to the police department. They reported that there was a tiger roaming the streets. Initially, police mistook the concerned phone calls for pranks. After all, tigers are naturally found in the Siberian taiga or rainforests, not in southern New Jersey. However, when it later became apparent that the calls were serious, the police department deployed a slew of officers to track down the tiger. The 40,000 residents of Jackson were on full lockdown as heat sensors, night vision equipment and a helicopter aided in the search to find the runaway feline.

After hours of searching, an airplane utilizing infrared technology managed to track down the 450-pound, nine-foot-long Bengal tiger. The feline was tranquilized, although it was not affected by the anesthetics. Police ultimately shot and killed the tiger because they were afraid of what the agitated animal might do. Once the beast was no longer a concern, the town was left with a salient question: whose tiger was it?

All Leads Point to The Tiger Lady

Nothing on the tiger indicated where it came from, nor did anyone report a missing tiger. However, two prime suspects came to mind. The tiger likely escaped from either Six Flags Great Adventure or Tigers Only Preservation Society. Neither party took responsibility for the loose animal, and both pointed fingers at each other. As the investigation continued, Six Flags was able to account for all of the animals in their safari attraction. On the other hand, the New Jersey Tiger Lady—as always—was elusive. In initial searches, authorities found several holes in the fence that contained her big cats. Additionally, she could only account for 18 animals, although her state permit stated that she had 23. Consequently, officials wondered whether there were more missing tigers and insisted on investigating the property more closely. 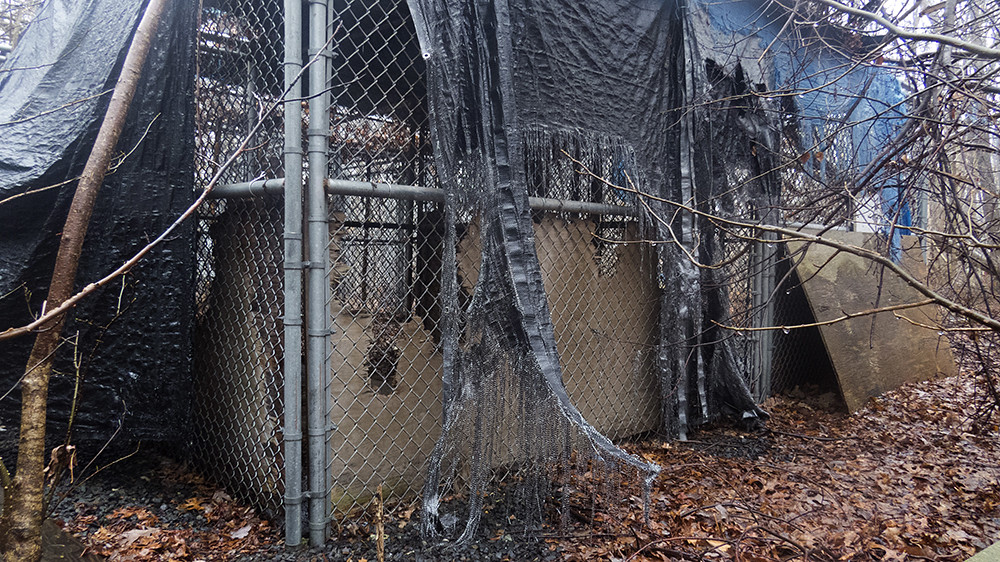 To avoid being searched, Byron-Marasek did anything she could to stop the police. For example, she refused to call off her dozen guard dogs. As a result, a group of police and state wildlife officers could only investigate the property by peering through crumbling fences and around sheds in the Maraseks’ backyard.

The authorities weren’t the only ones interested in learning more about Byron-Marasek. Major news outlets were fascinated by the outlandish story of a Bengal tiger roaming the Pine Barrens. As media scrutiny focused on the Tiger Lady, she maintained that the tiger did not belong to the Tigers Only Preservation Society. In fact, the tiger was never proven to belong to her. Nonetheless, the runaway feline would lead to a number of issues for Byron-Marasek.

The news coverage of the incident eventually died down, although the repercussions of the event raged on. The Tiger Lady remained reclusive and took on an anti-authoritative stance, leading to repeated problems. The legal ramifications peaked when it was discovered that Byron-Marasek was breeding felines although she was mandated by law to separate her male and female tigers.

As a result, the government began legal proceedings to strip her of her exotic animal permit. During this time, Byron-Marasek would delay the process by seeking a license from the state of New York, changing attorneys several times and challenging the relocation of her Bengal tigers by claiming the new sanctuary was unfit for the animals.

Then, the Tigers Only Preservation Society made headlines again in October 2002. This time, the situation was more dire than the last. The Tiger Lady’s husband, Jan, was attacked by a tiger while feeding them chickens. These incidents culminated in the government winning the battle over the tigers a year later.

The End of Tigers Only Preservation Society 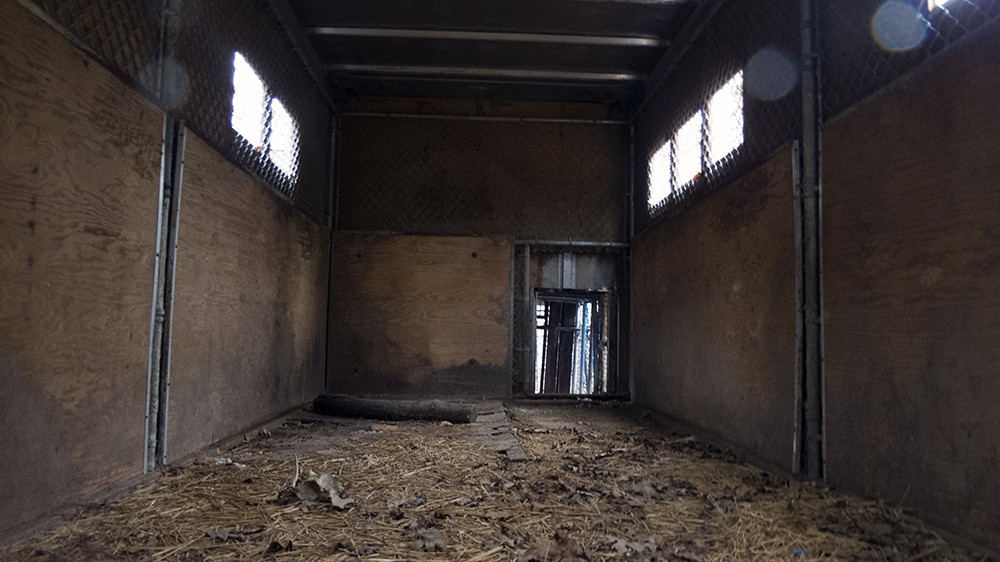 After nearly five years of legal battles, the New Jersey Tiger Lady lost the dispute. The state shut the preservation down in 2003, and the ferocious tigers were moved to different sanctuaries deemed better equipped to care for the animals.

The move reportedly cost $300,000. New Jersey would provide $120,000 and the International Animal Welfare Fund contributed another $120,000. It was not immediately clear who would pay the remaining $60,000. Although, the New Jersey Tiger Lady was eventually ordered to repay the state for the cost of the animal relocation.

Byron-Marasek continued to fight the state and submitted legal briefs stating that NJ wrongfully shut down her preserve. She asserted that the property was well-kept and that the state attempted to halt her operations in a bid to get her to sell the property. According to Byron-Marasek, the facility lies in a commercially growing area. Nearly two decades later, her suggestions would appear true.

Since the loose tiger incident and the removal of her Bengals, the Tiger Lady has remained mostly out of the limelight. After an unpaid tax lien, the Tigers Only Preservation Society was abandoned in 2017. Then, the Westmarq Property Group bought the site at a foreclosure sale. Today, 463 Monmouth Road is devoid of tigers. In the preservation’s place is a lot set to accommodate a 500-square-foot “Jackson Tech Park.”

What Are Wagering Requirements and How Can You Beat Them?

How to Create Feminized Cannabis Seeds?