Photo by Matthew Ansley on Unsplash

Perhaps no maritime event is more well-known than the infamous sinking of the “unsinkable” ship—the Titanic. However, few people know that a tragedy befell another liner just off the coast of New Jersey. On September 8, 1934, a cruise liner met its fiery demise in the Atlantic Ocean, just eight miles off of the Jersey Shore. Read on for the history of New Jersey’s ill-fated SS Morro Castle.

What was the SS Morro Castle?

The Ward Line, a shipping company, built the SS Morro Castle liner in 1928 after a congressional bill loaned $250 million to American shipbuilders. The Ward Line was primarily a mail and cargo line whose main route operated back and forth to Cuba. The SS Morro Castle also took passengers on a holiday route between New York and La Habana.

Not only did the vessel offer luxurious travel, but it was also deemed a nonstop party at sea. The price for a ticket was low compared to competitors, and the ship was exempt from Prohibition-era rules. Many passengers bought a ticket to enjoy drinks and nightlife without restrictions in the 1930s. Unfortunately, the ship’s vivacious reputation would take a turn for the worse in 1934. 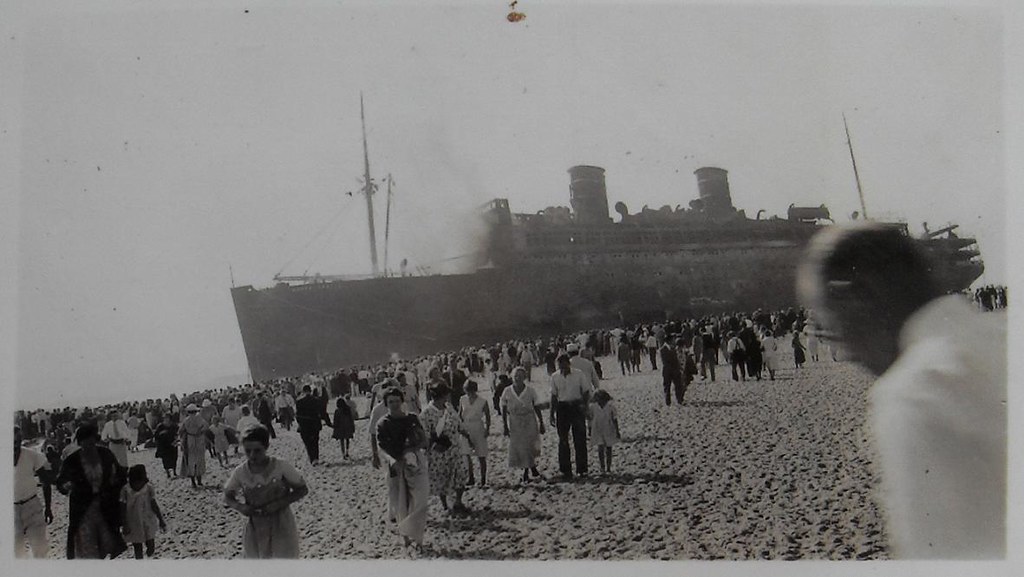 On Sept. 5, 1934, the SS Morro Castle embarked on its last voyage. Several unfortunate events marred its final excursion. First, the ship sailed into a Nor’easter storm. Then, on Sept. 7, Captain Robert Willmot complained of stomach trouble before succumbing to an apparent heart attack. The series of ill-fated events would culminate in the early morning hours of Sept. 8.

Just before 3 a.m., a fire broke out in a first-class storage locker. Twenty minutes later, the electrical failed due to being engulfed in flames. As a result, crew members could only release one S.O.S. message. As panic spread, several crew members decided to abandon the ship and stole most of the vessel’s 16 lifeboats. Consequently, less than 85 percent of passengers were able to leave the SS Morro Castle by lifeboat. Additionally, there was a lack of training regarding the lifejackets. Many passengers inflated their jackets before jumping overboard, breaking their necks or knocking themselves unconscious as a result. In addition to the onboard chaos, rescue boats and the Coast Guard were impaired due to the Nor’easter. Despite the storm, four other ships were able to provide assistance. Visible from the coast, many New Jerseyans waded through the water to pull passengers ashore and provide medical assistance. The bravery of the community saved many lives. Unfortunately, 137 lives were lost—dying from either the fire itself, drowning, or injuries resulting from jumping overboard.

The SS Morro Castle eventually beached near the Convention Hall at Asbury Park, 56 miles from its destination in New York. Morbid visitors watched the still-burning ship from just 100 feet away. In fact, the tragedy benefited the local economy for six months—hotels were occupied long past the end of the usual summer season. Local businesses advertised with postcards and souvenirs featuring the disaster. For nearly half a year, tourists viewed the charred ship from afar. Eventually, the Ward Line declared the ship a total loss and towed it away, breaking it to pieces and selling it for scrap in March of 1935. 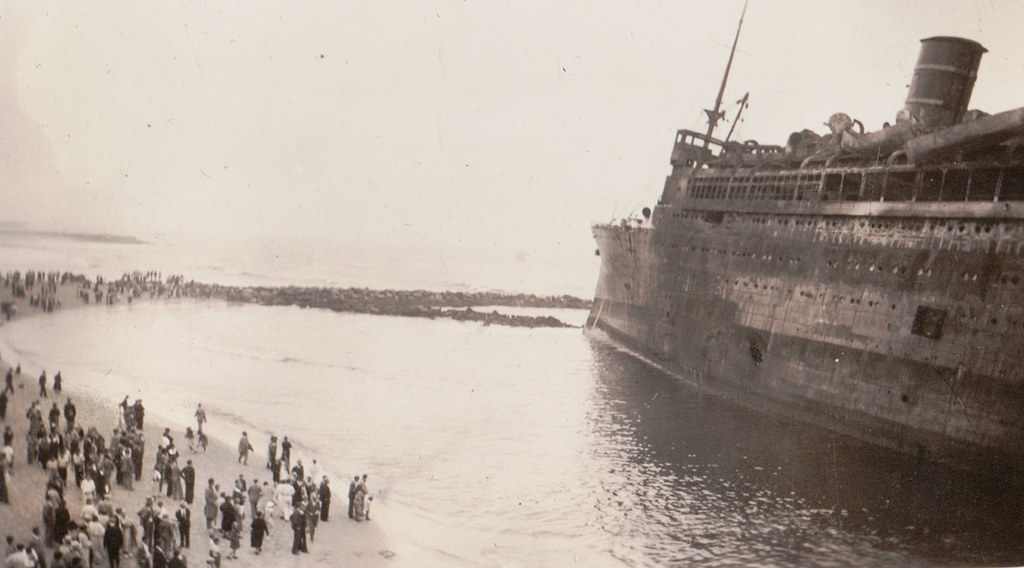 What Caused the Fire?

While the origin of the fire is still unknown, many theories have arisen over the years. Prior to Captain Wilmott’s death, he reportedly claimed: “I’m afraid something is going to happen tonight, I feel it.” Whether an omen regarding his suspicious death or the liner’s sinister blaze, no one really knows. Regardless, his statement proved to bode unwell.

Theories suggest that radio operator George Rogers—originally hailed a hero for remaining on the ship—was a pyromaniac who may have started the fire. His heroicness was brought under question when it was revealed that he had been involved in a fire in his prior place of employment. His business after the SS Morro Castle tragedy burnt down, too. He eventually went to jail for attempted murder, followed by a stint for a double homicide. This previous hero would become the primary suspect regarding the fire, although no evidence ever established him—or anyone—as the arsonist.

Although the cause of the fire remains a mystery, several factors leading to the ship’s fiery demise are clear. The fire spread quickly because the ship was smothered in multiple layers of highly flammable paint. Ineffective fire doors and poor fire hose water pressure, plus the inadequate response of the crew, were also major factors in the disaster. Furthermore, the commander who took over for the deceased captain, Captain Warms, opted to continue steaming into a headwind, which also led to the quick spread of the fire. 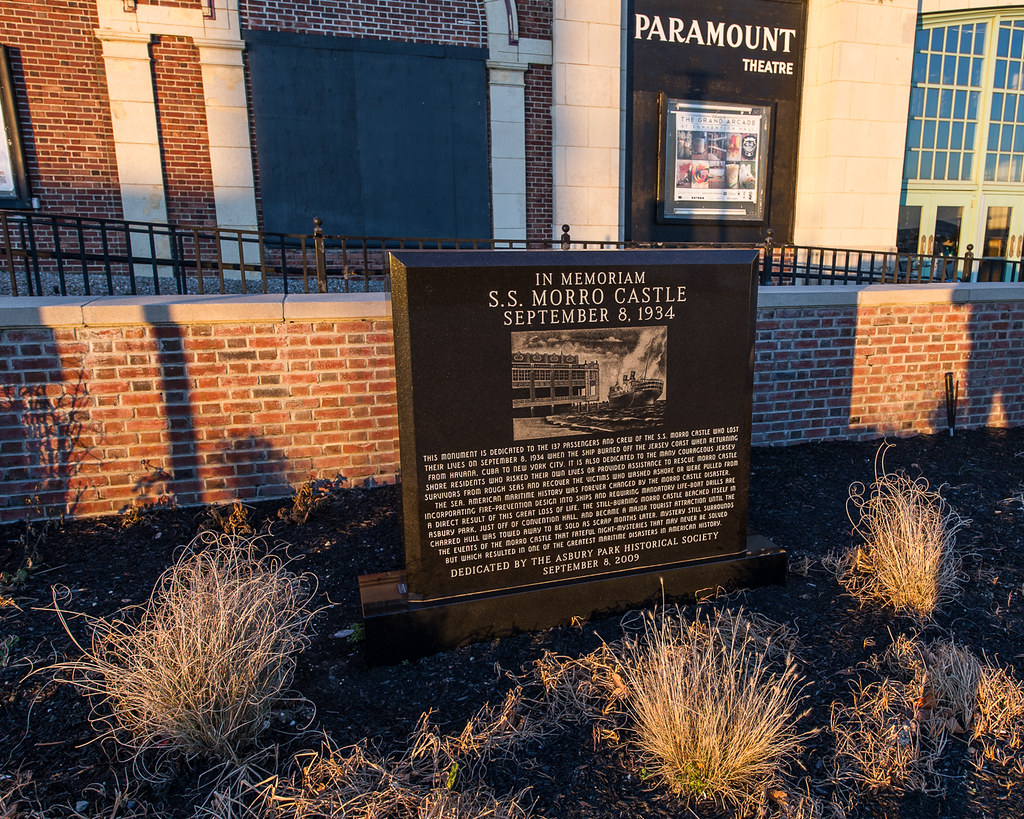 Today, a monument dedicated to the SS Morro Castle is on a strip just south of Convention Hall in Asbury Park. The Asbury Park Historical Society gifted the black marble slab on the 75th anniversary of the maritime disaster. To commemorate the incident, visit the Sea Girt Lighthouse. Here, tour guides recount the event as visitors view SS Morro Castle photos, documents and artifacts (which include an oar and lifejackets).

6 Major Benefits of Selling Your Home for Cash

How to Educate Yourself Online Effectively