Academy Awards season has finally arrived. Upon the release of the Oscar nomination list, predictions about what film or actor could take home the bronze statue have  infiltrated into everyday conversations.  There are Best Picture nominees such as “Dune” that takes place on a desert planet and “Licorice Pizza” set in 1970s San Fernando Valley.  As a spectator, you can be transported far and wide. While many of the nominees on the Best Picture list this year and in prior years take place in faraway lands, there have been some filmed right under our noses. Grab your popcorn because here are seven Oscar nominated movies filmed right here in New Jersey.

It is quite  rare  to see a horror movie ever get nominated for an Oscar. On the other hand,  this 1979 classic was nominated for the Academy Award for Best Music (Original Score). “Amityville Horror” was filmed all over Toms River, New Jersey. The real Amityville horror house was located on Long Island’s southern shore. However,  the town of Amityville expressed  no interest in embracing its horror movie fame. Filmmakers were not given permission to shoot on the original site, and the real horror house was completely remodeled.  “The Amityville Horror” movie is based on a family who lived in the original Long Island home, who were tormented by supernatural entities until they were forced to leave.

The character “Annie” is the curly, redheaded girl known and loved by everyone.  In the film, it is portrayed that Daddy Warbucks lived in a mansion on 82nd Street. While in  reality, that mansion was actually Wilson Hall at Monmouth University in West Long Branch, New Jersey. Besides West Long Branch, filming also took place all around East New Newark. “Annie” was nominated for two Oscars: Best Art/Set Direction and Best Original Music Score.

The “Joker” film was nominated for 11 Oscars at the 2020 Academy Awards Ceremony but only took home two wins.  Leading actor, Joaquin Phoenix, took the Oscar for best actor and the film took home the Oscar for original score. The “Joker” made Oscars history by being the first comic book-related movie to lead the nominations list.

The Oscar-winning film was shot mostly in New York, however many of the scenes were filmed in New Jersey. Newark’s Market Street is shown in the beginning of the ‘80s-themed movie. There is also a feature of Loew’s Jersey Theater in Jersey City’s Journal Square area and William J. Brennan Courthouse. “The Dark Knight Rises” was also filmed in Newark, New Jersey in 2011.

“Joker” takes place in Gotham City, where we follow comedian Arthur Fleck who has been continually mistreated by society. Soon, the comedian spirals out of control which leads him down a path of crime and his alter ego: the “Joker.”

The “Trial of the Chicago 7” was nominated for five Oscars ranging from Best Motion Picture of the Year and Best Achievement in Film Editing. Unfortunately, the film left the 2021 ceremony with no bronze statues. The “Trial of the Chicago 7” movie portrays the story of seven individuals on trial during the uprisings of the 1968 Chicago Democratic National Convention.

Chicago was the filming locations for some of the movie’s key scenes. But the film was primarily shot throughout New Jersey. Many of the scenes were shot at Saint Elizabeth University, Fairleigh Dickinson University and Newark  City Hall. Director and writer Aaron Sorkin stated that the court house room seen throughout the film was built in New Jersey as well.

Based on the 1961 original “West Side Story,” Steven Spielberg brings the original film to a whole new life in 2021. Ansel Elgort and breakout star Rachel Zegler, who is from Hackensack, New Jersey, play the iconic Tony and Maria. The film depicts their romance that only intensifies the anger between  the two gangs, the Jets and the Sharks. The gangs throughout the film are  in a battle to see who would control the street. Steven Spielberg used New Jersey as the backdrop for his adaptation. Filming for “West Side Story” took place on the streets of Paterson and Newark.

“West Side Story” is currently nominated for seven categories, including Best Picture and Best Director. This will be Steven Spielberg’s eighth  “Best Director” nomination. Spielberg has had previous wins in 1993 and 1998 for “Schindler’s List” and “Saving Private Ryan.” The original “West Side Story” also won best picture in 1961.

Have you seen any of these New Jersey Oscar nominated movies? Let us know! 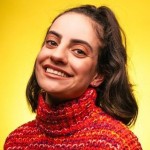 Kosher for Passover Catering services and Hotels in the US

What Has Changed in Sports Betting Sites in the Past Few Years?