My Experience with Functional Medicine I became curious about functional medicine after reading an article online from the lifestyle brand and wellness titan, GOOP. It said that functional medicine could help with underlying causes of chronic anxiety, to which I am an unfortunate subscriber. But three things ultimately persuaded me to put it off: Cost, safety concerns, and a lack of fully understanding the approach.

These are common barriers, and if you’re looking for alternative care, it’s likely you’re already frustrated and pressed for answers. You want a golden-lit path and instead, you’re in a room full of knotty pine. The good news is that feeling can end here. This is a guide for learning more about functional medicine and finding a functional medicine doctor in your area. I’ve gone down this path too and recently had my first appointment. I’ll tell you all you need to know to break your medical inertia and get answers.

What Is Functional Medicine?

Functional medicine addresses the underlying reason why a patient feels sick, verses simply addressing the symptoms like mainstream medicine does. This requires taking a holistic look at the body—understanding its biology as one unified and integrated system. According to a leading functional medicine doctor and a board-certified MD, Mark Hyman, who practices at the Cleveland Clinic Center for Functional Medicine, such a perspective includes the knowledge of problematic biologic markers that cut across medical specialties. These include inflammation, oxidative stress, or bio-accumulation of heavy metals. In solving root causes that often span the health of multiple parts of the body, functional medicine makes use of treatments that are rarely if ever, prescribed through mainstream medicine. Some are detox regimens, supplements, aromatherapy, acupuncture, chelation therapy, hyperbaric chamber, and targeted diet changes.

Why I Saw a Functional Medicine Doctor

I became more attuned to how my body felt with the rise of the pandemic, discovering I rarely felt great. I felt good enough, or, a little less foggy-headed than the day before. But, I was incredulous that I could take these kinds of complaints—ones centered around wanting optimal health rather than noticing aberrant patterns—to a regular doctor.

It’s worth noting that in a country that prizes and protects individualism, our healthcare system doesn’t reward or proceed from principles of highly tailored care unless you’re wealthy. I wanted to see a doctor whose concerns were to make the health of my body the best version of itself. Because of the impossibility of charging insurance for preventative testing, knowing my antioxidant levels, for example, was approximate to wanting to pick fruit in midwestern winter. To challenge a dominant system, one shrouded in academia, is to infantilize yourself. But the pandemic scared me enough to feel empowered about my concerns. I looked up a doctor through the Institute for Functional Medicine and found a practitioner in Michigan, where I’ve been quarantining. If you’re reading this in New Jersey, there are at least two doctors located less than an hour from Hoboken. They are Barbara Mitchell, MD and Bianca Chiara, MD.

What to Expect at Your First Appointment

Your first appointment exists to get the practitioner up to speed on your medical and mental health history. The session typically lasts from 60 to 90 minutes and can be pricey, but as with most things, there is a range. For example, I called three offices and was told three different prices for a consultation fee. The most expensive being $350.

After you cover your litany of past and present health concerns, the doctor suggests testing. This almost always involves blood tests, but it may also include a urine sample and swabbing your cheek.  Genova labs will be doing my testing and will check over 125 biomarkers, including results on vitamin and mineral levels, heavy metal detection, and essential and metabolic fatty acid markers, among other things. It’s likely that the point of any initial testing will be to establish your current baseline on a wide range of indicators. The blood test was $379. Some insurance companies may partially cover this, but it’s far more common for this to be an out-of-pocket expense.

After the results come in, you’ll have another appointment that will be cheaper than the first, though that difference varies. The doctor will walk you through the results and construct a care plan for how to interrupt any problematic result(s), and put you on a path towards optimal health. I say optimal because that really is the aim. Not being in the red is good, but optimal is preventative. For example, when I get my blood tests back, there will be a column with the stats on what range is considered acceptable by mainstream physicians and labs and another column that presents a range preferred by functional medicine doctors.

If you want this kind of care but need to first save for it, or if you’re interested in doing some personal investigation, podcasts and Instagram accounts run by functional medicine doctors or leaders in the alternative health space can be helpful. Both are educational and offer a lot of free advice, which with the guidance of your primary physician, might be pivotal for feeling healthy again and feeling your best. Here are a few great resources: 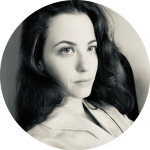 Where to Practice Yoga in Hoboken and Jersey City

Why It Is Important To Include Enough...