Lokal restaurant was founded by Mona Panjwan who is a first-time restauranter, Jersey City resident and also the co-owner of an event planning business. The eatery’s artistic-meets-urban point of view was further fleshed out with the help of concept creator Hemant Phul, Abraham John Architects, Executive Chef Walter Donadio and Mixologist Tess Sawyer. The 6,000-square-foot restaurant offers sprawling views of the Hudson River, highly-Instagrammable selfie walls and enough seating for 200.

“Our mission at Lokal is to showcase the best the state has to offer and provide a place that reflects the culture of Jersey City,” said Panjwani. “We recognize the changing spirit of the area and are excited to create a hub that makes locals feel welcome. That, coupled with good food and drinks, contemporary design and gorgeous views, we are certain staying local will not disappoint.” 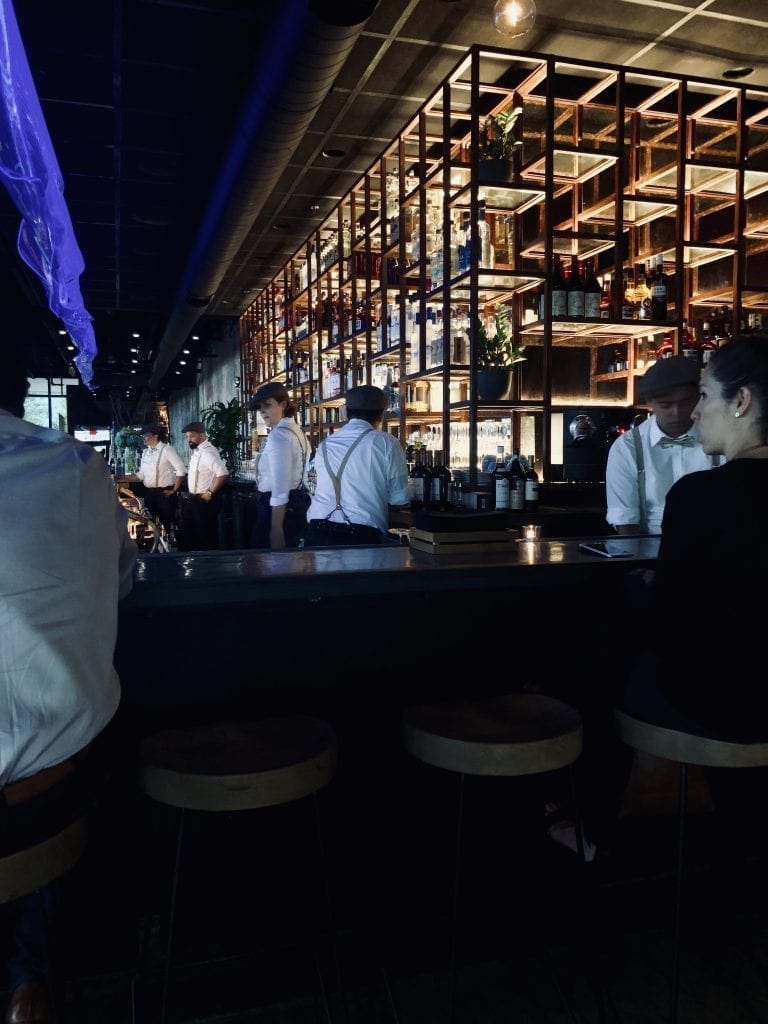 During our visit, we dined on eclectic bites including crispy oysters, lamb meatballs, hummus and crackers, salmon and cucumbers and caprese skewers to name a few. On the beverage menu, Lokal was serving draft and wine offerings alongside a signature cocktail named “Elliot Stubb,” after the man who is credited with inventing the whiskey sour. It was a mix of bourbon, Aquafaba (an egg white substitute made from chickpeas), Lokal blueberry honey, lemon juice, Dolin Blanc Vermouth, White Verjus and yuzu juice. It was every bit as beautiful as it was tasty. Lokal will be opening its doors to the public on September 21st. In the meantime, for more on Lokal restaurant visit their website or check them out on Instagram @lokaljc.