I had to say it out loud because it sounded so crazy: I am one of 33,000 participants who ran from Staten Island, through Brooklyn, into Queens, up to Harlem and down to Manhattan into Central Park in one go. Welcome to the New York City Marathon, where they say ‘it will move you’ and it sure does.

The key to completing this highly coveted race isn’t how long you trained or what brand of running shoes you have, but the mental game—mind over matter. That, along with the help of thousands of screaming spectators and over 10,000 volunteers handing out cups of water and Gatorade, is the only way you’ll make it through.

This year was special, not only being the 50th Anniversary of the event but also because it was the first year back after the cancellation in 2020 due to COVID. Many runners (including myself) qualified back in 2019 through the 9+1 program (complete nine races and volunteer one to receive guaranteed entry for the following year) so it’s been a long time coming. Other ways to participate are to enter the lottery, have qualifying times or raise money through participating charities.

Growing up in New Jersey as a spectator, the marathon was always on my bucket list. I mean, people travel all over the world to come here for it and how lucky are we to have this race right in our backyard? I trained consistently for five months and unsurprisingly altered my lifestyle. The schedule was consuming and I ran upwards of 25+ miles a week, fueling and carbing up. With good days and bad, gearing up for this once-in-a-lifetime day was nothing short of inspiring as I pushed myself in ways I didn’t think I could. When November 7 finally arrived, this is how it went…

My friend Marika and I woke up in our Midtown hotel room and started stretching and mentally preparing. ‘We’re running a marathon today,’ we said aloud in disbelief and excitement. It was the first for both of us. My stomach is doing somersaults. Do I even need to say I didn’t get a good night’s sleep? I’m in full adrenaline mode—this is all happening.

Here we are, walking down the sidewalk with our race bibs pinned under our sweats as we pass cabs dropping off young men returning from a night out. The quiet of the city was serene, to see the calmness before all of the excitement that was about to ensue. We boarded our bus and the next stop: Staten Island.

We arrived at Staten Island to the runner’s village, where we had different colored areas and start times. Organizers spaced us out even more with COVID, and runners started as late as noon and as early as 8 a.m. I looked around at crowds of people, rocking sweats that were to be donated. Every single person in this crowd was about to run the same race, faced the same hurdles over the last five months, if not longer, and that bonded us. People were speaking different languages but the drive and grit that we all encompass are universal. Someone sang the National Anthem before we took off and Frank Sinatra’s “New York, New York” was playing as we headed towards the Verrazano Bridge, which is the first and steepest mile of the race. Pretty surreal, right? As ready as I was to run, I was also excited to see New York City from a perspective that only marathon participants can experience while running the streets. Damn did Brooklyn show up. The crowds were unreal. People don’t just cheer for those who they know, they scream for everyone. Signs offered “power boosts” if you high-fived them, and witty motivational lines. Heading through Brooklyn was the flattest elevation of the race.

The peak of the party has passed, but instead of Irish exiting, you realize that there are 11 miles left. The Queensboro Bridge is notoriously one of the hardest parts of the run. Spectators are not allowed on the bridge, so runners are left alone with their thoughts and hopefully the most bombastic pump-up song they have on their playlist.

When you get off, runners are greeted with roars from crowds that line First Avenue. With sounds so grand, it’s nicknamed “The Wall” of the race. At mile 20, a young child with his mother had a table set up with cups of Coca-Cola and bananas. I learned recently that drinking soda during a long run actually helps you and this little boy helped me more than he knows. My legs cramped like they’ve never before, pulsating with a sensation like my thighs have turned to stone. I didn’t walk at all and wasn’t about to. By mile 23, I finally stopped at the medical tent for five minutes where someone gave my legs a massage. That helped me finish the race.

The uphill ascent into Central Park with screaming crowds lined up is like watching the building climax of a movie, except you’re the main character and it’s real life. I began swerving through runners, my pace decreasing nearly four minutes from my previous mile. That’s the runner’s high of the New York City marathon I suppose because no matter how much you train, those crowds will move you. If you ran the NYC marathon for the first time, let us know what it was like in the comments! 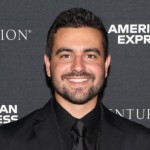 Turkey in November: Vacation in the Non-Tourist Season

A Collaboration Dinner for a Cause at...