If you’re someone who is considering a renovation project for your home, you’re not alone. Many folks are reevaluating the spaces they live in, especially those who have recently spent a lot of time in them. If you are one of the lucky who has been able to work from home, you now have a good idea about some of the ways your home isn’t working for you.

But, perhaps you’ve been through a renovation before, or know someone who has. Either way, you have heard a multitude of stories of jobs gone wrong (or too long), and you’re not sure you want to take the lid off that can of paint just yet.

From Concept to Completion

A deep understanding of the aversion many clients have about a renovation is what gave birth to the concept behind Houseplay Renovations. Tammy and Niall Templeman, co-owners of Houseplay Renovations, saw that it was consistently difficult for clients to decide if something would fit properly and how things would look together in the end. They eventually also added design services along with the purchasing of all materials in order to offer full-service renovations.

Houseplay doesn’t design based on what other people are creating, nor do they have a style or stamp that they put on every project. Instead, Tammy and her team listen closely to their clients’ needs and desires, “bringing the project to life with solutions that they would not have thought of for their home,” Tammy explained. “I always say that I want it to feel like their home when they move back in.”

Because the planning and design phases of Houseplay’s renovation process can be done virtually, Houseplay is currently accepting new projects. (Construction for existing projects is on pause in accordance with local shelter-in-place policies.) The Houseplay team anticipates that construction will be given the green light again before any new projects reach that phase.

The following are some of Houseplay Renovations’ best new projects:

1. A Personal Stamp on Your Space

When you move into a new home, generally you might put up a few pictures, arrange the furniture where it seems to work and go on with life. Except that sometimes, the way we live our lives may not mesh with how another person has designed the spaces we’ve chosen.

When it was time for this Ridgewood family to put their personal stamp on their home, Houseplay came up with a plan that worked for them. Much of the home was well-laid-out; they had chosen carefully. However, the kitchen and bathroom just didn’t have what they wanted. Depending on the project, the work can sometimes be done while the client still lives in the home. In this case, the family was able to stay in their previous apartment while the work was being done.

The kitchen was completely renovated and everything from the flooring to the lighting was replaced with materials the family had chosen. In the bathroom, the team removed a closet to create a larger space. A wider, wall-hung vanity made of teak —great for wet environments because of its water-impermeable nature— and a sleek, white-tiled shower made for a brighter spa-like space.

Before the renovation of this home and garden, there was no good way to enjoy the garden from the home. It was one or the other.

The owner had a very clear idea of how it could be improved, so she asked Houseplay to help make it happen. She envisioned a type of space created by the sun-rooms or conservatories she’d seen in English homes. She felt this could be done from inside the kitchen, but wasn’t sure how. The Houseplay team created the space she was looking for by adding a bay window to the kitchen that overlooked the garden area, replacing a concrete patio area with a new deck, where they also added French doors. In the new space created by the bay window, Niall created a geometric-patterned tile floor (which he said was fairly tricky) that is flush with the kitchen’s original hardwood floor. Between the French doors and the bay window bump-out, the feel is definitely that of a romantic English conservatory. The client loves the boost of light in her home and the ability to bring the outside in. This Jersey City home is the second project Houseplay has completed for this family. For the first project, they transformed the ground floor of their home, adding a mudroom for sports equipment, changing a playroom into a modern lounge, as well as updating the kid’s bedrooms. The family decided that they would like to extend the new beauty to the rest of the house, so they asked Houseplay back to update the kitchen and living area.

At first, the kitchen remodel was only going to be updates of cabinets, countertops, and fixtures. But at the initial design meeting they decided to do an entire renovation instead. The Houseplay team talked to the family about how they used their kitchen and planned around that. They also replaced the kitchen island, which was more of a barrier than a help, with a U-shaped counter to facilitate easier cooking. The counter also extends into the dining room, which created added dining space with barstools.

The family’s modern tastes were further complemented with the furniture recommended by Houseplay.

4. A Bathroom of Our Own

This family had decided that it was finally time to add a master bathroom to their historic brownstone, especially since their son was approaching his teen years.

In addition to a second bathroom, the project included an update to the existing bathroom, the rebuilding of the staircase, and leveling the upstairs with new wood flooring throughout the second story. Two skylights were also in store for the den to bring more light through the center of the home. The master bath, even though it takes some of the space from the master bedroom, became an extension of the bedroom itself. The bathroom was planned around an existing bedroom window for a luxurious light and airy feel. Because brownstones only have windows in the front and back, every source of natural light is precious. Elegant French doors installed at the bathroom entrance also extend the light from the bedroom’s lost window, back into the bedroom. The new decor retains the traditional feel of the historic home while adding a clean, modern, and functional feel.

For this brownstone project, the family wanted a modern and open floor plan with space for entertaining as well as the addition of a heating and cooling system.

There were quite a few challenges with the project. A heating and cooling system involved adding ductwork, potentially taking away from the historic feel. Also, creating an open layout to the floor plan around the necessary support architecture would require some clever workarounds. The Houseplay team used innovative ways to accomplish both challenges. The ductwork was installed into all three levels with minimal disruption to the walls and floors. They also used clever ways to make the support elements become unobtrusive, creating an open feel to the layout. Another challenge that turned serendipitous was when the worn-out wood flooring had to be removed for replacement when it couldn’t be salvaged. The subflooring underneath was in nearly perfect condition and after refinishing, has become a showpiece of the project and of this historic home. 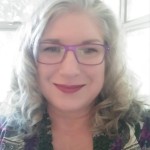 Where to Order To-Go Cocktails in Jersey City and Hoboken

Yes, Homemade Cereal is a Thing