View of the outside of the American Dream Mall. - Photo courtesy of Shutterstock.

If you’ve ever enjoyed a Metlife Stadium tailgate, you probably noticed the multi-billion-dollar eyesore of a ski park directly next door. Also attached to it, a shopping mall that was under construction for the better part of two decades. That ski park has been standing since 2008 (the mall even longer than that) and is visible from Route 3 and the New Jersey Turnpike. After years of legal battles, financial struggles, and various changes in ownership, in 2019 American Dream was finally completed.

The pandemic is the mall’s latest obstacle to overcome, but with their ambitious entertainment strategy along with the state’s involvement, American Dream is in a strong position to make it out alive. Located in East Rutherford, NJ, it’s the largest mall in the United States spanning over three million square feet. It has over 450 stores, but that’s not even the half of it, literally.

First, to understand why American Dream mall will thrive post-pandemic, it’s important to know the exhausting backstory behind it. Originally titled Meadowlands Xanadu, the location was owned by Mills Corporation who began working on plans for the space in 1994. Due to environmental issues, the project faced a lot of opposition, causing the first of many delays. Construction finally began in 2004 but by 2007, Mills was bankrupt. The mall was then taken over by Colony Capital, but only for a very short time. In 2009, construction was delayed again due to financial struggles primarily stemming from the Great Recession. In 2011, real estate conglomerate Triple Five Group (the same company that owns the Mall of America in Minnesota) took control. Since then, they have spent roughly $3 billion and upgraded its size by over one million square feet. Between all ownerships, an estimated $5 billion has been invested in total, spanning over 17 years. 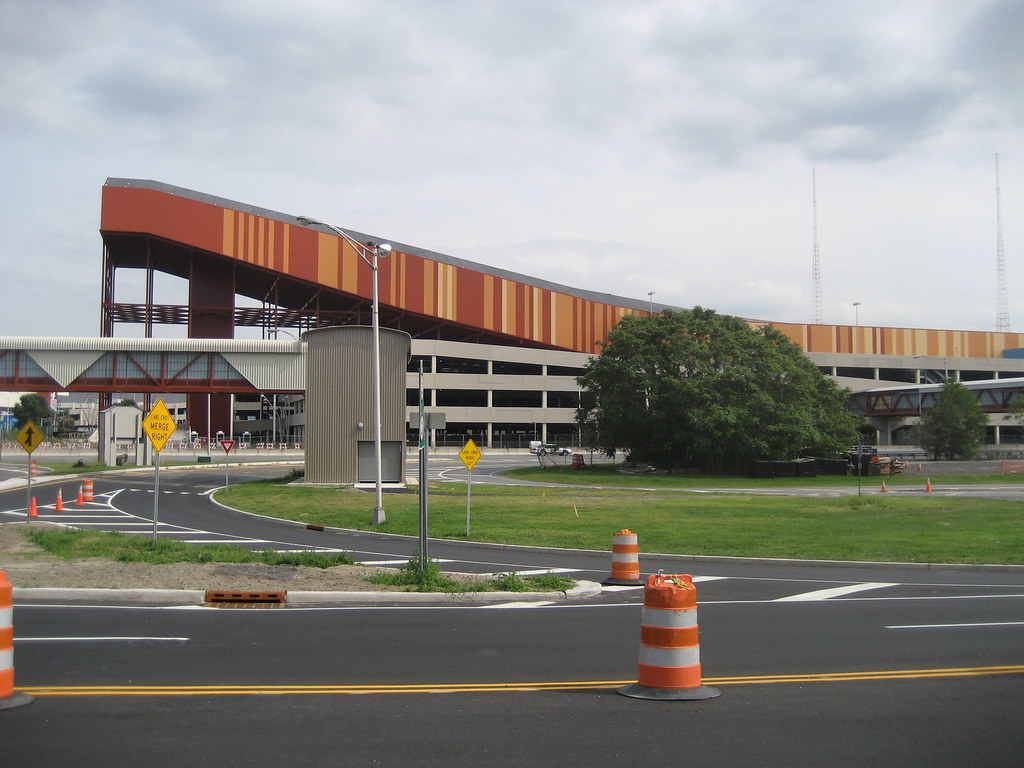 How It Will Survive

While online shopping has damaged the retail industry, American Dream doesn’t plan to compete for customers with Amazon and other online powerhouses. Instead, they want to draw people in with a plethora of entertainment options. Triple Five Group has been on record saying that 55 percent of the complex is dedicated to entertainment. Their plan seemingly is to convince people to show up through their major attractions, which are certainly not typical of a mall. The idea is that extra foot traffic will help retail sales. The biggest assets include an indoor amusement park, indoor water park, two mini-golf courses, and an ice skating rink.

Its major attractions are certainly made to appeal to children. The amusement and water parks have themes of Nickelodeon and Dreamworks, and it’s no coincidence that it’s located right next to a three-story candy store called, “IT’SUGAR.” Once parents feel comfortable in large crowds again, kids will start to get the chance to try the amusements.

John Boyd of the real estate consulting firm, The Boyd Company, shared his thoughts with New Jersey Digest on the business model for the mall. He stated, “The goal here, in a post-pandemic landscape, is to position the American Dream mall as a ‘must-see’ for the New York City metro area experience, along with Broadway and a New York Yankees home game.” 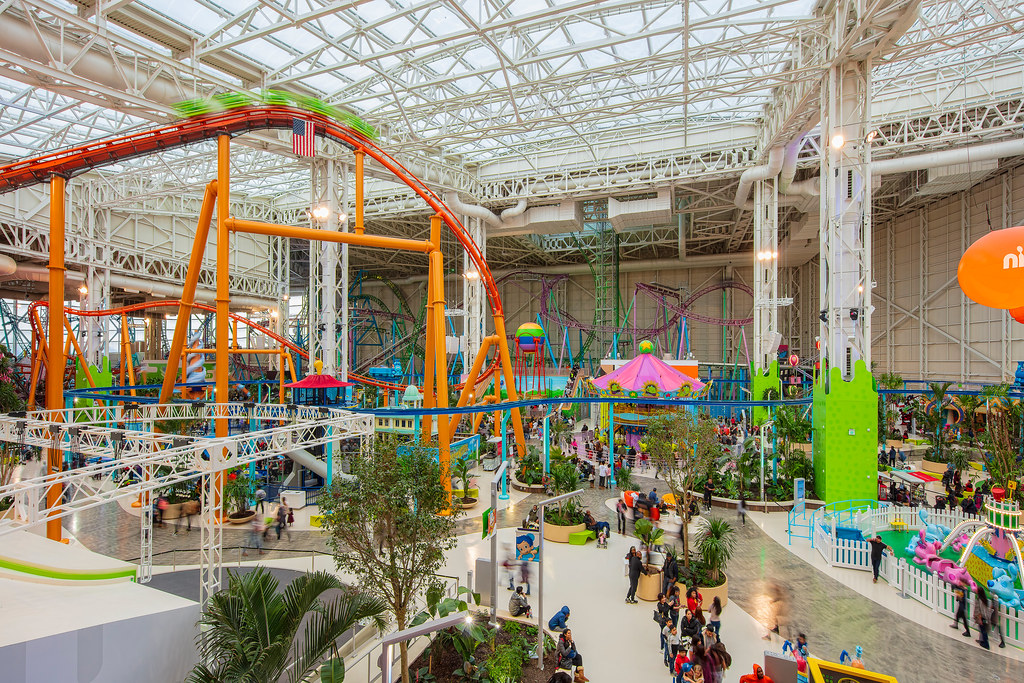 As online shopping continues to grow, it’s no surprise that some major retailers, like JCPenney, have gone out of business. Along with extensive options for entertainment, the mall will shortly have the opportunity to tap into budding industries. Boyd says that the legalization of recreational marijuana and gambling could be new revenue streams in the mix. He gave an example saying, “Newburgh Mall up in Hudson Valley just partnered with Resorts World Catskills to do a new gambling facility…That will be the type of revenue opportunity that we see for the American Dream Mall.”

American Dream is “Too Big To Fail”

The New Jersey government is simply in too deep to let this colossal project collapse now. Even if the mall goes through more financial struggles, it seems likely that the state government will step in to provide more support far before they go under. Given the size and location, ever since its beginning stages, the complex had always had the attention of the state. An estimated over $1 billion of taxpayer money has been spent on the mall. Much of this came from a $390 million tax break which was given in 2015 in order to advance the mall’s progress. Although people are fed up with this dragging project, it seemed to be a logical move to improve the state’s economy considering Triple Five Group argued the mall would be creating over 16,000 jobs and drawing in tourism.

When asked about if the mall will succeed or not, Boyd chuckled and said, “It’s too big to fail. NJ politicians from both parties have invested so much political capital and millions of dollars into this project, time and time again.” He went on to compare the mega-mall to Ocean Casino Resort, saying that it was another instance of New Jersey politicians of both parties coming together on a major entertainment project.

The owners of American Dream first estimated that it would generate 40 million yearly visitors, but the pandemic now makes that seem far-fetched. Originally, people feared that the mall would only worsen an already horrendous spot for traffic. Only time will tell what the traffic situation will look like once more people are traveling into the city for work again and the mall starts to draw in major crowds. 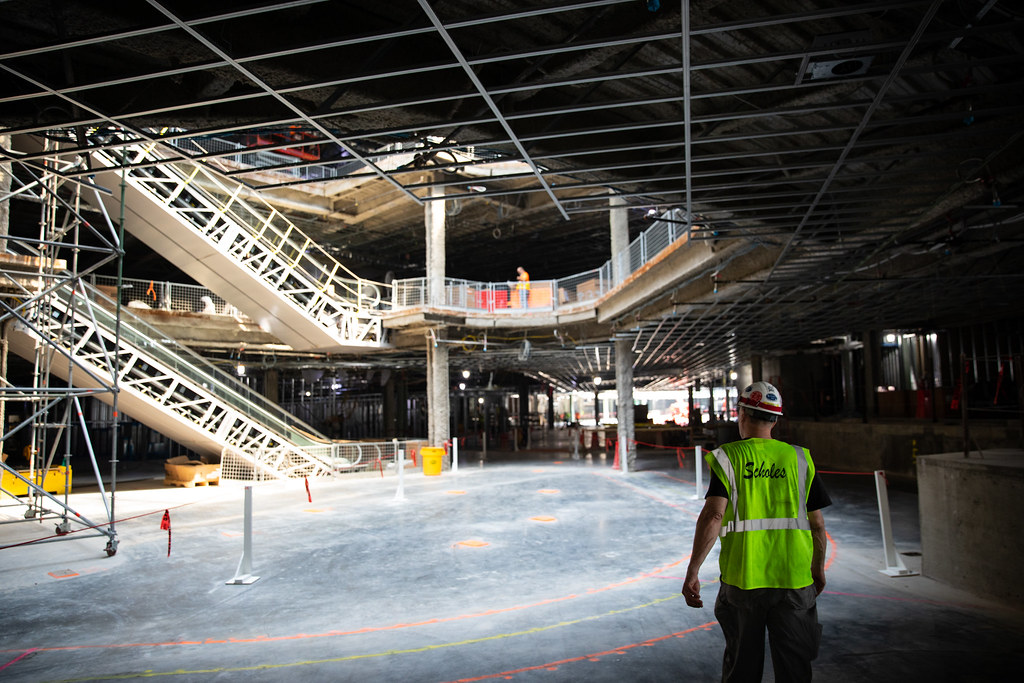 One thing that’s fortunate is that the Giants and Jets play the vast majority of their games on Sundays, which is also the day that Bergen County laws forbid retailers from opening. This means that the nightmare of stadium traffic combining with weekend-mall traffic will be avoided. When Metlife Stadium was built, they started the Meadowlands Rail System which takes passengers from Secaucus Junction directly to the stadium. When American Dream was built, they added more bus and train lines to further encourage visitors to take public transportation and hopefully help the traffic.

If you asked the average long-time North Jersey resident what they think of American Dream Mall, they will likely not have anything good to say at all. Since the mid-90s, there has been anticipation for something huge to be put there and every company that took control failed to finish the job. This frustrating process has been draining on so many different people, especially contractors, construction workers, local residents, and commuters. It’s like an “American-Dream-come-true” that this mall finally fully opened.

Have thoughts on whether or not American Dream will find success post-pandemic? Let us know in the comments below.

This NJ Mom Opened a Plastic-Free Pantry in Maplewood

What Is Green Web Hosting? Is it Legit?

Celebrate Easter With These 7 Events in...