The Jennifer Chalsty Planetarium is the largest of its kind in America and fourth in the world for its size. Located inside Liberty Science Center in Jersey City, it gives New Jerseyans a chance to experience space like nothing they’ve seen before.

The planetarium boasts itself at a staggering 89 feet in diameter and allows for interactive viewing. Visitors can see space in an in-depth experience and ask questions during the viewing where the director will immediately show them that part of space whilst answering their questions.

The planetarium, which opened in 2017, was the first of its kind in the U.S and was quite the task to build. It was originally an IMAX theater, but with less and less films being released, the Liberty Science Center took it into their own hands to make huge advancements. 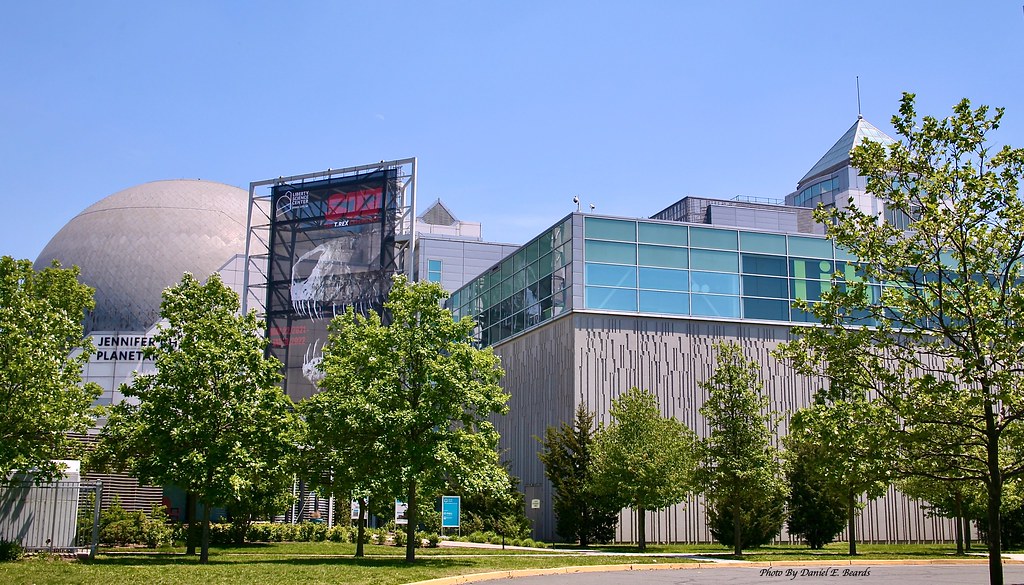 With the generous donation of Jennifer Chalsty, the largest single donation in the museum’s history, this was all possible. In turn, giving the planetarium a an 88 million pixel resolution, a 281 trillion color projection system and a dome that is 20 feet higher than the Hayden Planetarium at the American Museum of Natural History, was made possible.

The only other three planetariums that match its size and or exceed it lie in Asia – making this structure a huge feat for Jersey City and the U.S as a whole.

Though it may not be as large as its counterparts, the Jennifer Chalsty Planetarium makes up for it with its interactivity.

Check out what happened when we visited:

In order to make the experience as inviting as possible, planetarium operators put projectors hidden into the walls so viewers don’t feel as if they are simply watching a screening of space on top of having a titled dome so that viewers can look straight instead of up. Additionally, viewers are allowed to call out what they’d like to see so their experience can be catered to them entirely.

These advancements can be accredited to Chalsty, as she is not only a Liberty board member, but has a background in education.

Currently, the Jennifer Chalsty Planetarium is one of the most popular exhibits. It provides educators with great resources to bring their students on field trips or just for leisurely activity for parents and their kids.

At the moment, the Jennifer Chalsty Planetarium is playing a multitude of shows that include, “Wonders of the Night Sky” which details the universe through multiple viewpoints; “Black Holes: The Other Side of Infinity” where viewers can travel inside a black hole; “One World, One Sky: Big Bird’s Adventure” where viewers can join Sesame Street through the night sky;  and lastly, “Laser Wonderland: a Holiday Lights and Music Show” where viewers listen to their favorite winter classics while watching a laser show.

Kate is a senior at Louisiana State University studying mass communication and political science. Although she moved to Louisiana for college, Kate still lives, eats and breathes everything New Jersey-- especially when it comes to her love of taylor ham egg and cheese, bagels and pizza. She also quite literally took the "jersey girls don't pump gas" with her on her way. Kate found her passion for writing in high school with her various writing courses and having the opportunity to write for her school paper. She took her passion to school with her and hopes to continue writing in her future, always bringing a little taste of New Jersey along the way.

What TV Shows and Movies Are Currently Filming in NJ?