In 2012, Hurricane Sandy battered the Jersey Shore. During the onslaught, the superstorm literally sliced through the seaside town of Mantoloking, creating a new entry into the Barnegat Bay. The Mantoloking Bridge and dozens of houses were either damaged or destroyed by the formation of the inlet. Barrier islands are always subject to the forcings of the ocean, but damage of that magnitude was truly unprecedented. While tragic, this phenomenon reminded New Jersey residents of Mother Nature’s true power. The storm also raised a very important question: what happens when New Jersey’s borders change?

Water flanks New Jersey on two sides. The Delaware River separates New Jersey from Pennsylvania while the Atlantic Ocean serves as the state’s Eastern boundary. But, these waterways are some of the most fickle and dynamic geologic systems. Rivers meander as their flows wrap around sharp corners and sandy banks. Coastlines, meanwhile, serve as the ocean’s punching bag as wind and waves continuously slam into their beaches. So, if populations continue to rely on water as a boundary, they’re also continuously subject to the oppressive forces therein. How populations respond to these forces is a determining factor for future development and current survival.

How is the Delaware River Changing?

Rivers have served humans as sources of water, transportation, and division for hundreds of thousands of years. Despite our reliance on them, rivers only make up approximately 0.1 percent of Earth’s surface. This water is constantly moving between two points: from the headwaters to the mouth. The headwaters (also called the drainage basin) is a series of streams that funnel rainwater into a larger channel. This water flows through that channel to the mouth, flowing from higher elevations to the ocean. But what happens between the headwaters and the mouth is what’s really important.

Take a look at the curvature of the Delaware River at the Delaware Water Gap. Along the Delaware River’s length, the channel wanders as speed and volume of water increases, putting pressure on natural instabilities along the river banks. The banks then begin to erode sediment into the river, where water rushes to fill the new space. The water’s speed then increases along the riverbank, and decreases along the other, where sediment is deposited. While the erosion and deposition continue on each bank, a once straight river starts to meander. Over time, this process carved out the current Delaware River Valley from the Blue Ridge Highlands in North Jersey.

Courtesy of The Weather Channel

The headwaters of the Delaware River make up a combined 13,539 square miles across five states. The river also transports upwards of 11,700 cubic feet of water every second across its 419 miles. Since the river is constantly eroding and depositing material, it is also constantly changing shape on an incredibly large scale. It’s also worth noting that stream erosion is accelerated through massive flooding events, which the Delaware River is not immune to. Accounting for the substantial amount of people that live along the river, the magnitude of that scale grows even further. According to the Delaware River Basin Commission’s 2019 report, 8.3 million people live along the river. 1.9 million of those people live in New Jersey alone.

How is the Jersey Shore Changing?

Coastlines are the meeting of the sea, the wind, and the land. Given this interface, coastlines across the globe are constantly changing. Coastlines change so quickly, in fact, that it is impossible to determine the exact length of beach on the planet. As waves interact with the beach, they deposit sand coming in, and remove in on their way out. Estimates suggest the ocean can exert 2,000 pounds per square foot of sand, and storms like Hurricane Sandy can drastically increase this number. However, the process of coastal erosion isn’t that simple.

The waves that wash onto the beach make up the “swash”. As waves retreat back to the ocean, they are known as “backwash.” Swash rarely moves perpendicular to the shoreline. When standing on the Jersey Shore looking out at the ocean, prevailing winds usually cause the swash to enter the beach laterally. The backwash, however, moves directly back into the ocean. This process, called longshore drift, carries sand along the coast, and may be the force behind barrier island formation. 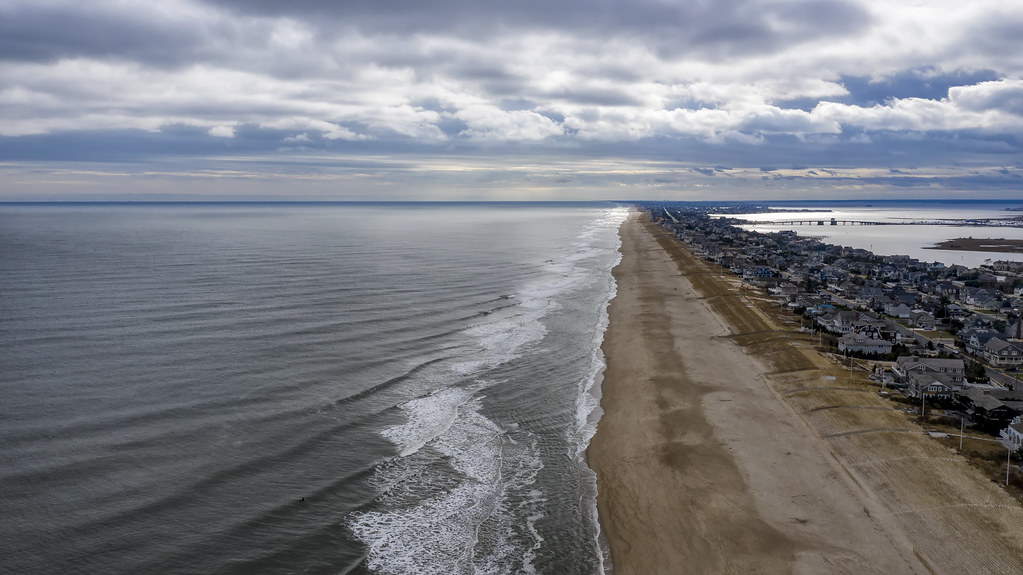 Barrier islands home to towns like Mantoloking, Seaside Heights, and Long Beach Island protect the mainland from longshore drift’s erosion. They are also the mainland’s first defense against storms. However, as we continue to develop New Jersey’s barrier islands, we are willingly putting ourselves in harm’s way.

The National Oceanographic and Atmospheric Administration estimated that in 2014, 40 percent of the United States population lived in coastal communities. With that, New Jersey has an estimated 130 miles of coastlines. The Asbury Park Press, further, reported that in 2019, tourism to the state’s coast created $46.4 billion for New Jersey’s economy. But, as evidenced by superstorm Sandy, New Jersey’s coasts are subject to rapid and drastic change.

Local municipalities do aim to mitigate this erosion, however. Groynes made of wood or rock jut into the ocean throughout Lavallette to serve as a barrier for longshore drift. Also, coastal restoration helmed by the state’s Department of Environmental Protection seeks to replenish eroded coasts with new sand. But, in the long term, these efforts are futile, as Mother Nature will always overcome them. These natural changes have massive impacts not only on the state’s geology, but also on its population.

What Do The Experts Have to Say?

Dr. Diane Bates is a professor at The College of New Jersey who researches environmental sociology. Her work seeks to understand the relationships between humans and the environment. “I have done some work on the three floods that came through the Delaware River,” she described. Dr. Bates is referencing three major flooding events in the river between 2004 to 2006 that caused $745 million of damage. Floods of this size in the river are supposed to be extremely rare, with frequencies of once every 50 to 100 years. But since then, towns along the Delaware River have bounced back. “There have been some major changes,” Dr. Bates explained, referring to flood mitigation efforts in towns like Trenton and Lambertville. 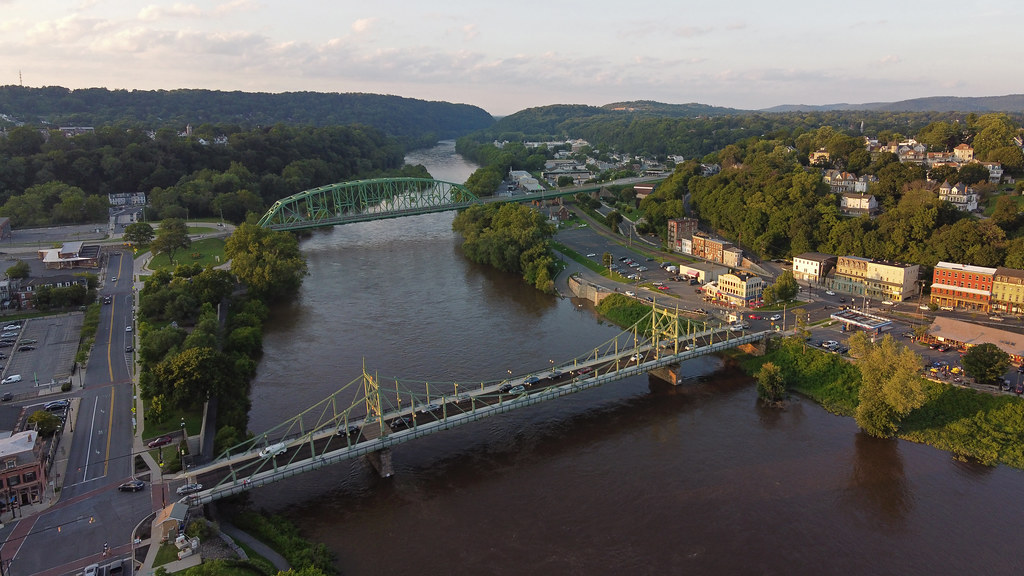 In the wake of flooding events, governments may purchase waterfront property from willing residents. Properties are then converted back to the floodplain—the natural area the river is expected to inundate—to prevent future destruction. “Buyouts” are common in areas where flooding occurs, but after the Delaware’s flooding events in the 2000s, they rarely happened. Dr. Bates cited high property values as one main reason.

Buyouts will usually involve an entire neighborhood, not just one house, which presents challenges. “If you go up to South River and the Passaic River Valley, these are pretty densely populated areas. In order to really convert that back to a floodplain, you’d have to buy out everybody.” It’s usually cheaper for residents and the government in the longterm to conduct buyouts in flood-prone areas. But that involves getting every member of the community to agree to sell, and paying them an appropriate price. Dr. Bates summarized: “People don’t want to leave waterfront property in New Jersey.”

The human response to flooding events is not just political or economic, it’s also incredibly emotional. While it’s easy to assess property damage in terms of finance, the properties that are destroyed have their own history. “It’s property to which you have an emotional connection, it’s not just things,” Dr. Bates said. Experiencing this loss is visceral, and the trauma it creates can manifest in a surprising way. Scent, memory, and emotion are inextricably linked—the brain’s anatomy sends smells directly to its emotion center.

In Hurricane Sandy’s aftermath, Dr. Bates explained that a common theme was people reporting a heightened sense of smell. “If you talk to people from Point, they talk a lot about the smell of dog food.” As storm surge inundated Point Pleasant, dog food from homes on the island was swept into the oncoming currents. As residents evacuated their homes, the scent stayed with them. 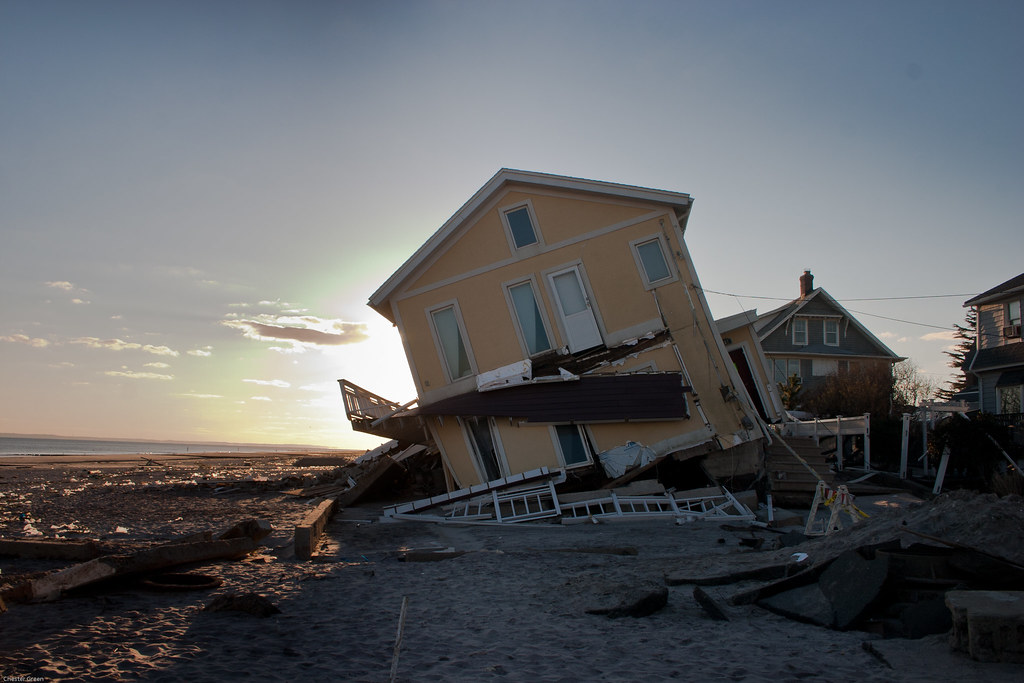 It’s not all bleak however. Dr. Bates is optimistic that New Jersey’s relationship with our borders can be successful, but we have to adjust. For one, we can turn to states that are being proactive about their relationship with water. “New York and Maryland and Delaware have done more work on retreating from waterfronts than New Jersey has.” Dr. Bates said. This retreat allows populations to give waterways the space they need to flood and change.

We also need to be proactive with our response to nature, instead of reactive. She added, “We need to have those conversations, not after a disaster, we need to have them as part of the process of what we’re doing.” Dr. Bates also warned that making changes like this will always come with a price tag. But, if we want to thrive amongst our own borders, we need to understand and accept their true power.

The Best Fitness Podcasts to Help Achieve Your Goals in 2021

Pros and Cons of a Complete Grain-Free Diet for Dogs