The season one finale of “Severance” aired last week on Apple TV+. In the weeks I streamed the Ben Stiller-directed psychological thriller, I actively avoided spoilers. So, it was only when the show wrapped that I discovered that this dystopian, alternate workplace reality Stiller created was actually filmed here in NJ. That’s right, the corporate headquarters of Lumon Industries featured on “Severance” is really the iconic Bell Works building in Holmdel, New Jersey.

From Bell Labs to Bell Works: A Brief History

Before Bell Works was the two-million-square-foot “metroburb” it is today, New Jerseyans may remember it as Bell Telephone Laboratories dating all the way back to the 1960s. The Monmouth County complex was praised for its achievements in science and technology. Most famously, it’s the place where Karl Guthe Jansky invented radio astronomy. 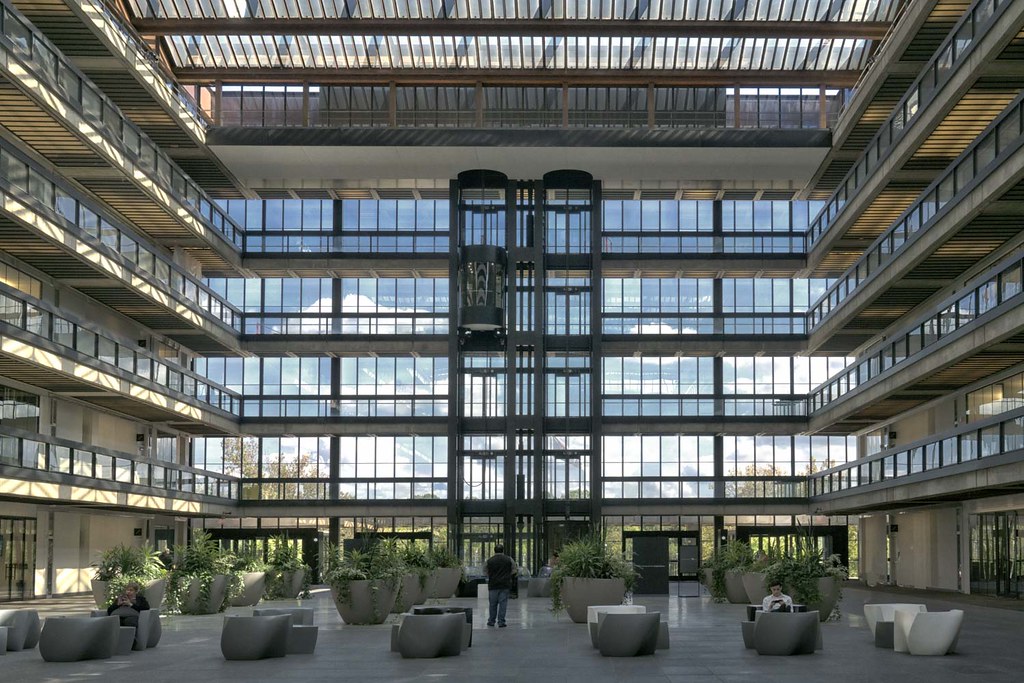 For more than 40 years (up until the early 2000s), the building itself served as a research and development facility for Bell Telphone Company and later, AT&T. It was also one of the last projects completed by Finnish-American architect Eero Saarinen. Its sleek, industrial, modernist design made it one of the most innovative structures in all of NJ and throughout the U.S.

The property was abandoned in 2007 and hit the real estate market in 2008. Bell Labs was purchased in 2013 and underwent a $27 million renovation—reopening as Bell Works in 2019, a mixed-use hub with co-working spaces, retail shops, restaurants and community-building opportunities. 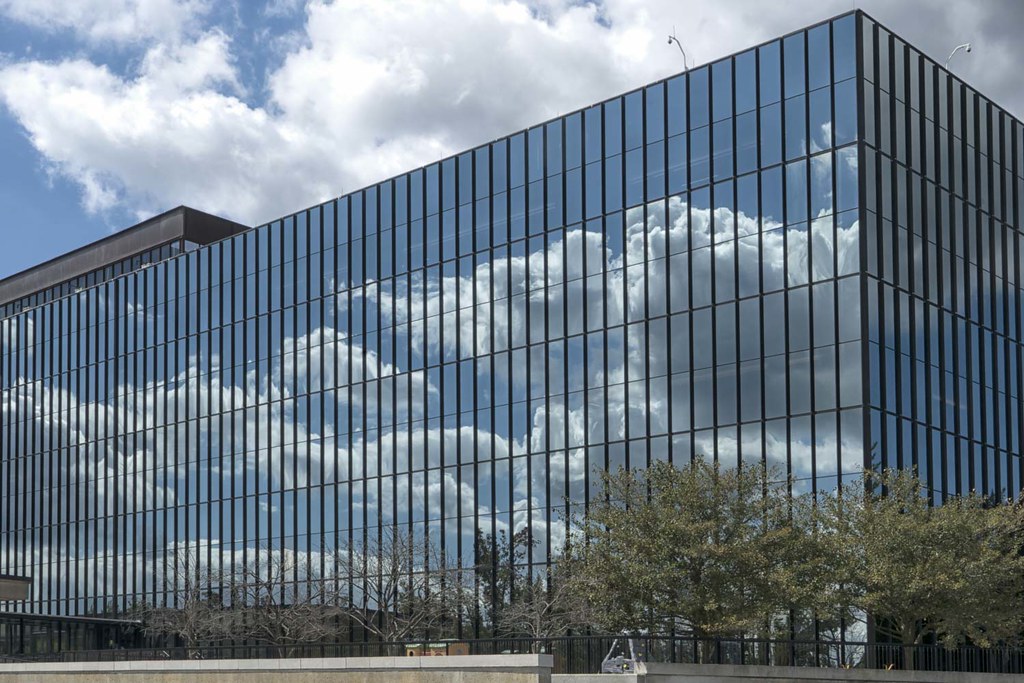 For an in-depth look at this laboratory-turned-community center, click here.

Why Did “Severance” Choose to Film in New Jersey?

In an interview with Variety, “Severance” production designer, Jeremy Hindle, noted that Saarinen’s modernist buildings were among the many inspirations for the show’s setting. This is how the team stumbled upon Bell Works:

“All those companies in the ‘50s and ‘60s, they had so much style, they had the most beautiful spaces, and they were proud of what they were doing. They believed in it and their aesthetic was part of that. It was about power and control and commerce and everything rolled into one,” Hindle told Variety.

Stiller, Hindle and “Severance” creator Dan Erickson were reportedly drawn to the complex’s size—which spans a whopping 470 acres and how it shared a similar aesthetic to what they envisioned. In addition, the mixed-use building’s current purpose is an ironic juxtaposition to the show’s overall commentary on work-life balance. That is, where your job is entirely separate from your home life and vice versa. Ironically, it’s everything that the Bell Works of today is not—a place where work, life and play are scarily intertwined.

Hindle constructed Lumon’s stark white, albeit green-carpeted, and labyrinth-like interior on three soundstages. However, the exterior shots of Lumon Industries are of none other than Bell Works in Holmdel, NJ.

Aside from aesthetics, the showrunners believed that the restored Bell Labs building once mirrored the same message of the series. “Work designed to do work,” said Hindle. From the outside, Lumon (or Bell Works) appears sleek and orderly. There’s a retro, midcentury vibe imparted from Saarinen’s original design.

Mark S. (Adam Scott) is often shown in the building’s parking lot. A mere speck meant to insinuate how insignificant an employee is to a large, fictitious corporation such as Lumon.

Stiller also went on the record about the decision to use Bell Works as the Lumon headquarters for “Severance.”

He told Variety, “It had such unique architecture and this beautiful, incredible scale…the idea was that this is a huge, multinational corporation, it made sense that this could be their headquarters and that below it could be where they keep the severed workers. And so the design of the severed floor really came out of finding that location first. And this sort of mid-century architecture, that also would make sense that down below, for the severed people, they never see the outside world, so the company wouldn’t necessarily have to renovate or upgrade or update or change, because these people are never really seeing what’s going on in the outside world.”

You can stream season one of “Severance” now on Apple TV+

Some Useful Tips to Financial Freedom

Is It Worth Buying Cars at American Auctions?