With the height of the pandemic seemingly behind us, more and more people are trying to take back the nearly two years of their lives without live music. As an avid music fan and concert attendee, I am excited to see some of my favorite artists on a physical stage. The virtual platforms of 2020 and 2021 were simply no match to the adrenaline rush I get while racing to the general admission pit.

With the live music industry at a standstill during the lockdown, concerts are finally making a comeback in 2022, and New Jersey has some of the biggest artists touring the state. With the return of live music, music fans are bound to find a suitable concert to attend this year. Pack your vaccination cards and masks for those health checks, and grab a ticket to these upcoming New Jersey concerts in 2022.

Billie Eilish is set to hit the stage at the Prudential Center this February during her long-awaited Happier Than Ever world tour. Known for her chart-topping hits “lovely,” “Ocean Eyes” and “bad guy,” Eilish’s show is a must-see for fans of her whispery, soprano-style vocals. Make sure to arrive early if you want to see pop-punk star WILLOW open for Eilish.

Music legend Sir Elton John is taking his Farewell Yellow Brick Road tour to the Prudential Center on Feb. 25. If you’d prefer an outdoor concert, Sir Elton John will return to the Garden State on July 23 at the Metlife Stadium. The tour is intended to be the artist’s final tour, so grab your tickets before it’s too late. Don’t let the sun go down on your chance to see Elton John perform his last stretch of tour dates.

When was the last time you turned on Z100 without hearing a Dua Lipa song? The pop princess has released hit after hit upon scoring her first No. 1 single with “New Rules” in 2017. Lipa will be joined by up-and-coming R&B musician Lolo Zouaï and alternative pop artist Caroline Polacheck.

Grammy award-winning artist Bad Bunny was recently announced as Spotify’s most-listened-to artist in the world. The Puerto Rican rapper is stopping by the Garden State on his El Ultimo Tour del Mundo World Tour. Get ready to perrear to reggaeton hits like “Callaita,” cry to ballads like “Amorfoda,” and sing your heart out to Benito’s full set.

If you’re more into indie bands, you’re in luck. Alternative rock group The Maine is set to hit the stage at The Stone Pony in Asbury Park this April. This venue is a more intimate setting, so you’re practically guaranteed to have a great view of the band no matter your ticket.

Get ready to turn into something beautiful with British rock band Coldplay at Metlife Stadium this summer. With an expansive career of over 20 years and hits like “Yellow,” “Fix You,” “Viva La Vida” and “A Sky Full of Stars,” there is likely at least one song you like by this ever-evolving band.  Get your ticket to sing under a sky full of stars with Coldplay and opening act H.E.R. before that FOMO sets in.

Australian pop-rock band 5 Seconds of Summer recently celebrated their 10-year band-iversary with the premiere of The 5 Seconds of Summer Show. The band reflected on their decade of musical creation and relationship with their fans in this hour-long video. Additionally, they performed some of their biggest hits, their newest single and added to the 5SOS meme repertoire through parody sketches. Clearly, this band doesn’t take themselves too seriously, so you know the musicians will certainly put on a show this summer at the PNC Bank Arts Center.

Attention all country fans, this is your chance to see Jake Owen live and in person. Owen is hitting the Stone Pony Summer Stage this summer, so buy your tickets and head down to the honkytonk for a night you won’t forget with this country crooner.

You don’t want to miss alternative rock band My Chemical Romance’s hometown show at the Prudential Center. The band began its reunion tour in late 2019 after a years-long disbandment period. Much of the tour was postponed, but the band is finally ready to take the stage again. Don’t miss out on your chance to feel the chemistry in the air this September.

Formed in 1975, the heavy metal band Iron Maiden has over 40 albums and has performed on hundreds of stages all over the world. The Legacy of the Beast World Tour began in mid-2018 before its postponement due to the pandemic. Nearly four years later, Iron Maiden is set to complete its tour in October of this year. Special guests Within Temptation will accompany the band on its final leg of the tour. Don’t forget to secure your ticket to rock out with Iron Maiden.

Will you be attending any of these upcoming New Jersey concerts in 2022? Let us know in the comments. 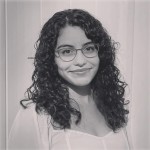 A Complete Guide to All the Mercury Retrogrades in 2022

Some Amazing Benefits of Mobile-Friendly LMS That You Should Know