Become a Steward of the Land at Duke Farms Instilling an appreciation for nature is essential when learning about climate change, and wildlife conservations such as Duke Farms are here to help. Located in Hillsborough, NJ, this estate-turned-nature preserve has been inspiring visitors to become informed stewards of the land for almost 100 years. The 1,000-acre property is home to18 miles of trails that wind through woodlands and meadows, past greenhouses and barns, and around lakes and lagoons. Whether you decide to walk, run, or bike through this magnificent reservation, you’re bound to learn about NJ wildlife and the sustainability efforts at Duke Farms.

The Golden Age of Duke Farms

In the late 1800s, James Buchanan (J.B.) Duke, the founder of the American Tobacco Company and Duke Power, purchased more than 2,000 acres of land next to the Raritan River. The industrialist dreamed of transforming the woodlots into a fully operational farm reminiscent of those in his home state of North Carolina. Over the course of three decades, numerous architects and engineers were hired to complete J.B. Duke’s vision of turning this flat farmland into a pastoral paradise. Eventually, the property consisted of nine man-made lakes, 45 buildings, and sprawling acres of natural wildlife preserves. In time, J.B. Duke also installed charming fountains, sculptures, and pergolas throughout the grounds.

From 1899 to 1915, Duke Farms was open to the public. For years, New Jerseyans enjoyed picnics, greenhouse displays, and long carriage rides through the property. But unrelenting vandalism soon persuaded the entrepreneur to close the farm’s gates and return his attention to large-scale farm operations. The rambling estate continued to act as the Duke family home into the early 20th century. When J.B. Duke died in 1925, his only child, Doris Duke, inherited the bulk of her father’s estate at the young age of 12. Field at Duke Farms in Hillsborough, NJ / Photo by @dukefarms

The Richest Girl in the World

Upon acquiring her father’s three properties—Duke Farms in New Jersey, Rough Point in Newport, Rhode Island, and a mansion in New York City—Doris was dubbed the richest girl in the world by the press. Doris, despite being an heiress, did not want to be defined by her vast wealth. As an intelligent and independent young woman, Doris continued her family’s pattern of philanthropy by funding public causes she was passionate about. In addition to being an active supporter of the arts and historic preservation, Doris had an especially keen interest in conservation and horticulture. To support her charitable endeavors, she established Independent Aid, now known as the Doris Duke Foundation, at 21-years-old. Through this non-profit organization, it is estimated that Doris donated more than $400 million during her lifetime, often as an anonymous contributor.

Unfortunately, she died in 1993 at the age of 80. In her will, the devout conservationist instructed that Duke Farms be turned into a nature preserve, serving to protect wildlife as well as be used for agricultural and horticultural research. She envisioned the farm as a leader of environmental stewardship that motivates visitors to learn about and take better care of the planet. Inspired by Doris’ guidance, Duke Farms opened its gates to the public in May 2012 with her exact mission in mind. Since then, the grounds have encouraged a new generation of preservationists through educational programs and tours. Upon glancing at the farm’s map, the expansive property can seem quite overwhelming. Where do you start when there are more than 1,000 acres of land to explore? From personal experience, I highly recommend beginning your trip at the orientation center housed in the farm barn. In its heyday, this 22,000-square-foot building held horses and dairy cows. Now, guests can learn about the mission of Duke Farms and its sustainability efforts. You can also pick up information on self-guided tours or grab a bite from their outdoor café.

After stopping by the orientation center, many guests follow the trail up to the hay barn. This dilapidated stone structure was once the center of farming activity but was no longer needed when farming moved elsewhere. A fire in January 1915 left the building unusable and it was subsequently abandoned. It wasn’t until Doris inherited the property that the foundation was repurposed as an outdoor sculpture gallery. Along the walls, Doris placed individual marble statues of human figures that can still be viewed today. In recent years, nature has reclaimed this space as moss grows and vines encroach the former barn.

From the hay barn, I suggest taking the short walk over to the glamorous orchid range. Finished in 1901, the orchid range was the first ornamental building constructed at Duke Farms. The clear enclosure, fashioned in the form of a palm house, originally held palms, potted trees, ferns, and orchids; today, it contains a subtropical and tropical orchid display that focuses on plants native to the United States. While the greenhouse is currently closed due to the COVID-19 pandemic, visitors can still marvel at the beautiful floral arrangements through the outside glass. What remains of the unfinished J.B. Duke foundation at Duke Farms / Photo via @thesecondgleam

Not far from the orchid range sits the remnants of an unfinished mansion, also known as the old foundation. In 1911, J.B. Duke began to work on this 80,000-square-foot mansion, but his reason for halting the project is somewhat of a mystery. Some say that Duke shifted his capital from tobacco to hydroelectric power; as a result, he spent more time in North Carolina and didn’t think the New Jersey mansion was necessary. Nevertheless, the industrialist donated the remaining materials to the U.S. war effort by 1918 and abandoned the building altogether. Today, the foundation of the enormous structure still stands, overgrown with trees and grass. The old foundation also overlooks the Great Meadow, a centerpiece of the habitat regeneration efforts at Duke Farms.

In addition to the estate’s hidden horticultural gems, guests can also find literal treasure along Duke Farms’ two geocaching trails. Each path takes geocachers through a substantial section of the property to find 22 geocaches ranging in difficulty. If you’re up to the challenge, solve the puzzle on one of the farm’s geocaching brochures and redeem your commemorative token.

Walk in the footsteps of Doris Duke when you visit Duke Farms. Starting April 1, the grounds are open every Tuesday through Saturday from 8:30 a.m to 6 p.m. Admission and parking at Duke Farms is free, but Saturday visitors must reserve a free entry pass to be admitted. Limited reservations are available, so book your pass in advance.

Have you explored the vast grounds of Duke Farms in New Jersey? Let us know about your experience in the comments below! 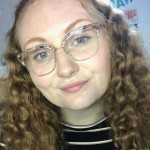 Best Accessories For Your UTE