It’s Oct. 1 and that means it’s time for ghost stories. And the Garden State is full of them. For me, there are no ghost stories creepier than the ones I know from my time in Hudson County. Sure, the Jersey Devil has its own hockey team and maybe there really are apparitions in the Pine Barrens. But who could resist New Jersey urban legends with actual early 20th-century murders?

Since I was a kid, I’ve always been fascinated as to why we tell each other scary stories (especially around this time of year). The truth is, urban legends have been around since our Neolithic ancestors first began contemplating the creatures beyond their campfire circle. But why did they begin telling these stories to one another? Perhaps they were simply just afraid of the dark, and those stories were merely a means of rationalizing that fear. In essence, feeling fear is our body’s fight or flight response at work, something we’ve always had hardwired into our DNA. It has always been our primitive duty to stay alive so that we can continue to reproduce. Anything that poses a threat (i.e. shadows lurking in the dark) becomes a source of fear. Though the playing field has changed drastically since the days of cave paintings and stone tools, one could argue that our nyctophobia is instinctual.

Regardless of their inception, scary stories reveal something about us, even if that something is as simple as what keeps us up at night. These legends or myths thrive on our deepest fear which is not necessarily the dark itself but what it represents, the unknown, or unexplained. Although the stories we tell one another as we brandish a flashlight are seldom true, they still serve the same purpose they once did so many years ago. This year we looked under our beds and checked our closets for our favorite hometown tales for you to share. Those long nights and cool fall breezes always warrant a little scare, so grab a warm drink, dim the lights, and read about these New Jersey urban legends.

The Eyes of St. Joseph Our list begins with a seemingly supernatural mystery surrounding St. Joseph Church on Pavonia Avenue in Jersey City. For almost 100 years, people have reported seeing a pair of unusual yellowish eyes in the church’s steeple. The “Eyes of St. Joseph” however cannot always be seen and only materializes under the cover of darkness at inexplicable intervals. It began in 1921. Church sexton Matthew Guarinowent to the bell tower to investigate the strange occurrence.

According to the St. Joseph Church website, Guarino’s grandson came to the church the following day to ask if anyone had seen his grandfather because he had not returned home the previous night. They searched near the belfry for him only to discover Guarino’s limp body in the choir loft, and so the story picked up steam.

Passersby observed again on Good Friday in 1954 during The Cold War. “Many hoped the lights were a sign,” local historian Bob Leach told the Hudson Reporter. Priests covered the floor of the bell tower with flour to see if they might catch the culprit responsible for “the eyes,” but alas there was nothing. A local newspaper article with a photograph that captured the eyes was later published coining the title “Mystery Lights,” and it wasn’t long until the story made national headlines. 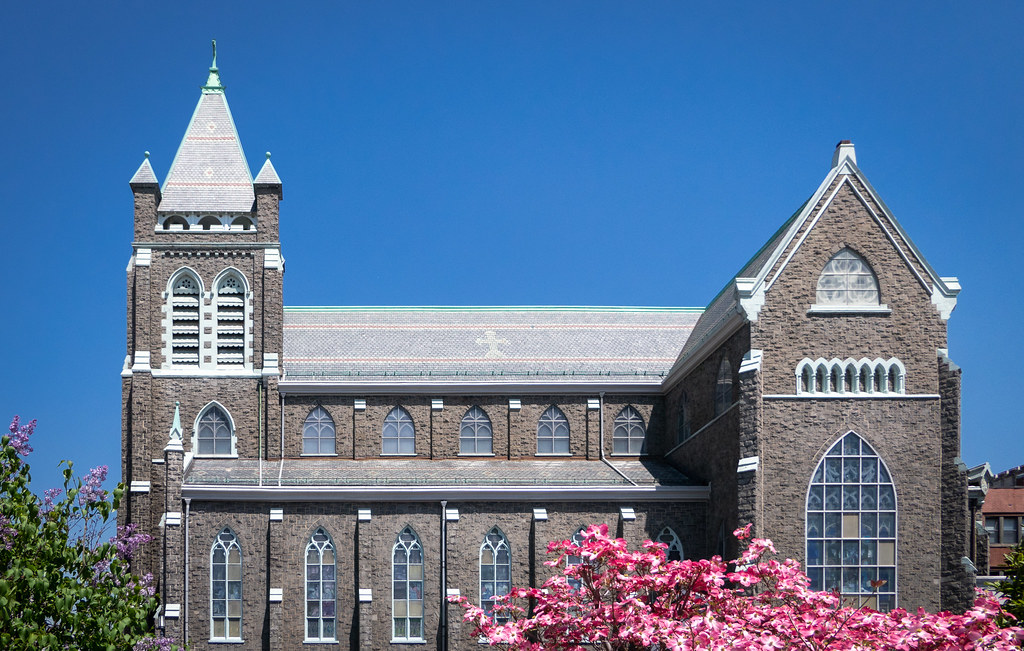 For nearly 100 years people have tried to think of every possible explanation for the anomaly, from the practical to the supernatural. Many believe it is a reflection of the traffic lights, although its color remains constant and no traffic lights existed on location in 1921. “I don’t believe in ghosts, but I do believe in the magic of ghost stories,” says Leach. What’s more, in the summer of 2014 lightning struck St. Joseph’s Church disabling their bell system. Perhaps some things are better left alone. Just ask Matthew Guarino.

The Legend of Sybil’s Cave

I don’t know about you, but anytime I see something with a lock on it I instantly want to get in. Sybil’s Cave on Sinatra Drive in Hoboken is no exception. It turns out the sealed landmark, man-made in 1832, is more than just a spooky cave with Gothic-style arches and a mythological name. Most of us race past this 20-foot-deep grotto completely unaware of its ominous past. This fact alone makes it one of the more interesting New Jersey urban legends. 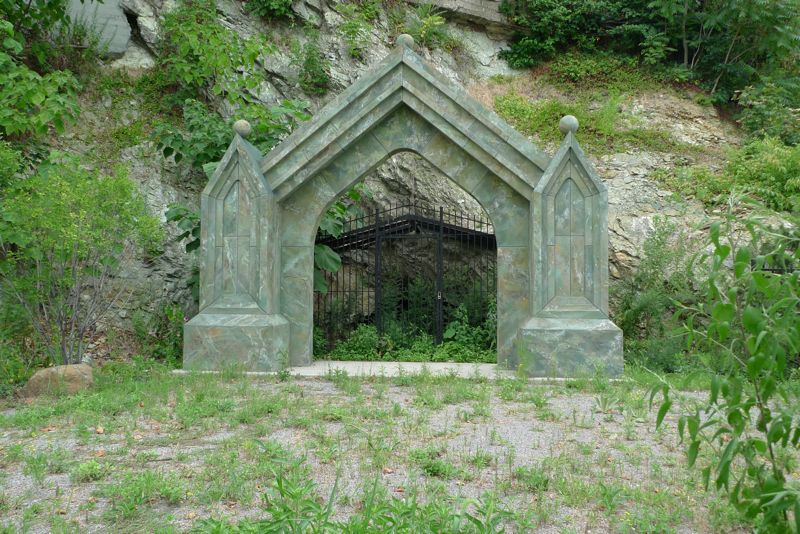 It all began in 1841 when a beautiful 20-year-old New York City cigar shop worker, Mary Cecilia Rogers, suddenly vanished. Three days flew by and no one, including Rogers’ boyfriend, knew where she’d gone. Later that day, two men paddled out into the water when they’d spotted a floating object. It was the body of Mary Rogers, bloodied and brutalized, floating right in the shallows outside of Sybil’s Cave.

An out of work Edgar Allan Poe happened to learn of this murder while visiting Hoboken. Both he and the police began to speculate as to what happened to the poor young girl. The police found some evidence, specifically her bloodied clothing in the woods of Weehawken, but there was no definitive information as to who had committed the crime. 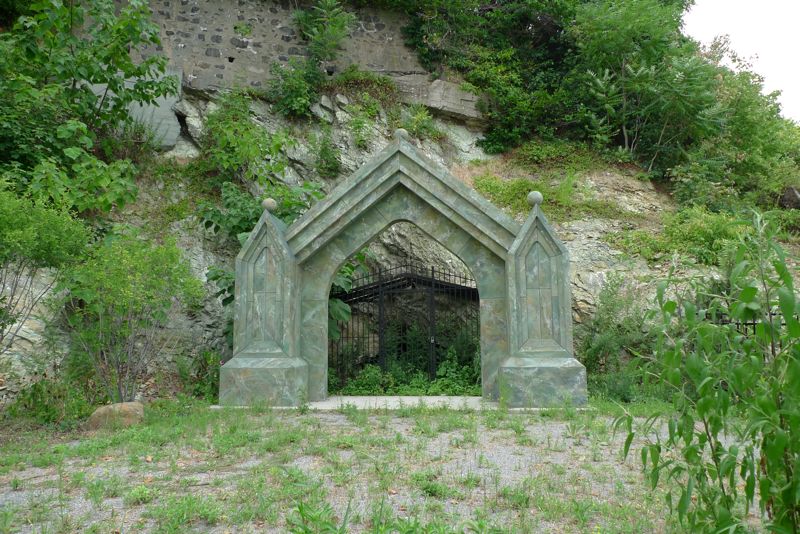 Months later, Rogers’ boyfriend—who had been publicly charged and cleared—was found dead near Sybil’s Cave with a bottle of poison. In 1842, Poe adapted the incident into a detective story entitled “The Mystery of Marie Rogêt,” adjusting the location from Hoboken to Paris.

The cave quickly became a talked about crime scene, and attracted an onslaught of attention from the press. Not long after, people began selling glasses of water from the cave’s spring to New York tourists. Today the cave’s natural stone arches still stand and the case still remains unsolved. 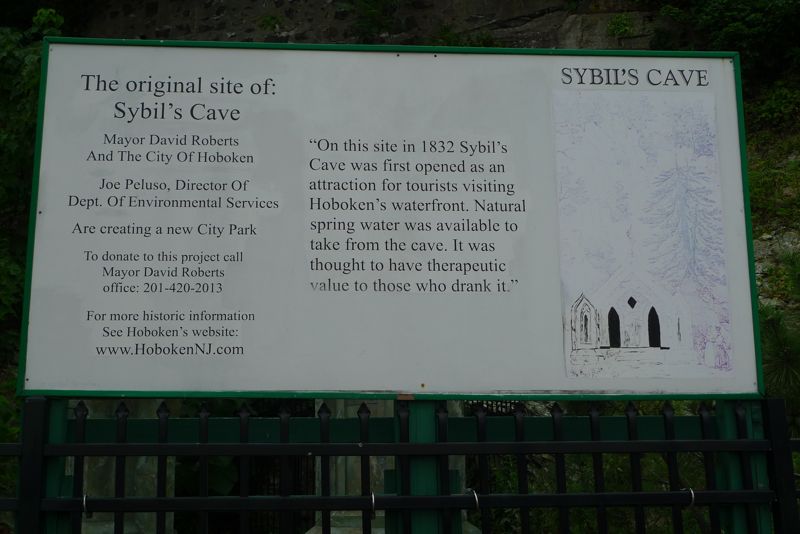 You’d be hard-pressed to run into a Hoboken native that doesn’t at least have some inkling of The Brass Rail’s haunted past. In its 100+ year history, the bar/restaurant saw an abundance of bridal parties (just as it still did prior to COVID). Though it’s not something the owners like to discuss, the story lives on.

The legend began in 1904 when a wedding party gathered in high spirits to celebrate. Not long after, the bride-to-be tripped at the top of the main staircase and fell from the second floor. The groom hurried over only to discover that she had broken her neck and died instantly. Seeing no reason to go on, he began to drink heavily before hanging himself in a room near the staircase. The groom left an alleged suicide note reading: “Now that my wife was taken from me, there is no reason for me to live.” Since then, the owners revamped the staircase, but some say that the bride and groom never really moved on. 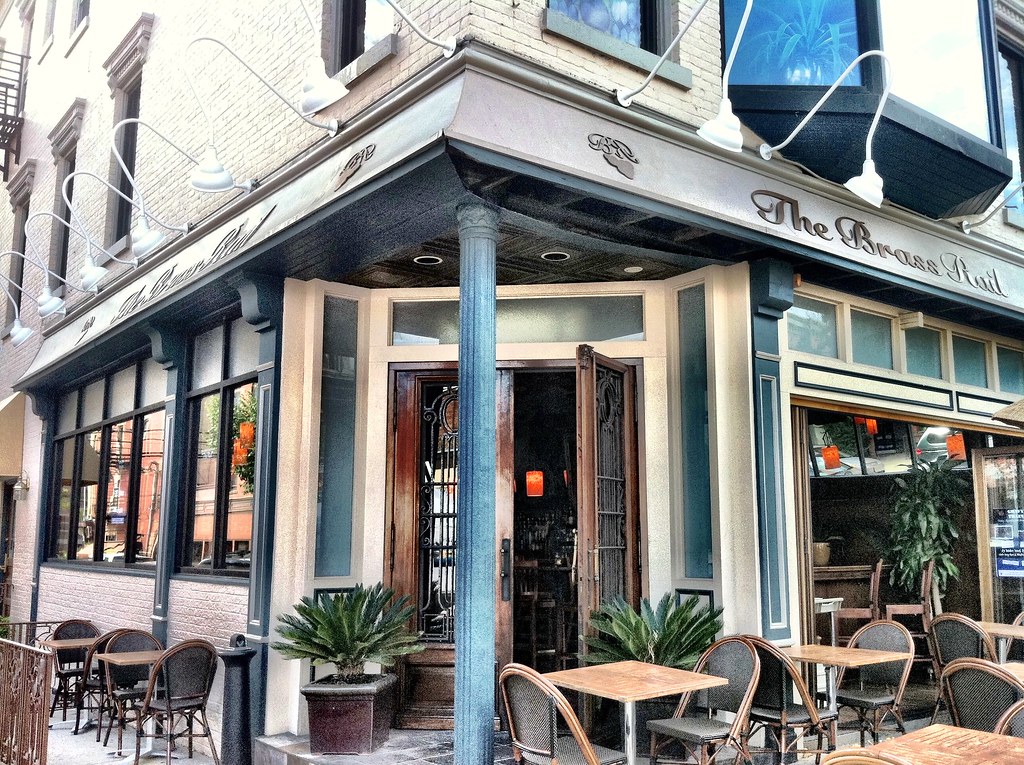 Today, some waiters and waitresses claim to hear footsteps upstairs, only to discover that the room is empty. People have supposedly witnessed everything from hearing voices and trays falling, to ominous phone calls with no answer. As recent as 10 years ago, the NJ Ghost Hunters Society visited the restaurant with an EMF reader and a tape recorder, hoping to find some evidence of paranormal activity.

Police officers found nothing substantial. However, much of the staff remains skeptical but there are those who cannot deny that they’ve seen the newlyweds lurking for an instant after their evening shift. The Brass Rail isn’t the only restaurant said to have a few extra guests. It’s rumored that three ghosts occupy Arthur’s Tavern (temporarily closed), but that’s for you to decide. Know anymore New Jersey urban legends in Hudson County? Drop us a line.

I love a good ghost story! The story of the brass rail sounds so interesting!

Some New Jersey towns can’t help but go all out for Christmas. Wondering where you can find the most holiday cheer? Hit the link in our bio.