Children love to learn. It’s not really a choice, but a natural curiosity, the drive to swallow up their surroundings and understand them. That is the basic tenet of Montessori education. As Karen Westman, Head of School at Waterfront Montessori put it, “It is a philosophy of education. It has a system but it is primarily a philosophy of education that takes into account child development, learning development, the natural tendencies of children.” As a parent whose child attended a Montessori school, then a conventional school, Westman understood immediately the value of a Montessori. In the conventional school, her son was just not enjoying the kind of learning experience afforded students in a Montessori school where they more actively explore on their own and learn from one another. There being no Montessori school nearby, Westman decided to open up her own school in Jersey City, and it grew into something much more, with an addition of an elementary school and eventually a middle school with an International Baccalaureate curriculum. “If you have children at home and you let them loose they will go and get into everything, touch, smell, feel, build, whatever. They will explore their environment,” explained Westman. “When they come into our classrooms nothing changes. We allow them to explore their environment which is why we talk about the prepared environment being critically important. it is the teacher’s job to prepare the environment so that the child can act on it, to learn.” As children grow and develop interests, Montessori allows for those interests to be active and coincide with the school curriculum to make school stimulating and a joy. “We had an 8th grader who was interested in musical theater, she managed to work it into just about everything she did. We had a child who was interested in frogs, he was obsessed with frogs, he was doing frog math,” said Westman. “It’s really critically important to not kill that spark of creativity and interest that the child has. Many of the kids who are here pretty much know what their passion is very very early.”

Many of us may look back on our educations and regret not being in touch with what really mattered to us until it was too late. This is a great opportunity to expose one’s children to this kind of environment, by attending upcoming open house dates to learn more about Waterfront Montessori. 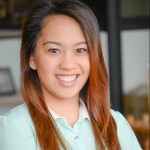