There’s a little secluded area nestled amongst the Camden County Park woods of Haddonfield, New Jersey. Aside from a stream that cuts through a nearby ravine, the only things of noticeable interest are two markers—one of stone and one on a pole. The whole place would appear to be a quiet and peaceful mini-park, but in reality, it’s New Jersey’s largest contribution to the field of paleontology: the Hadrosaurus Foulkii Leidy Site. While the state is no stranger to dinosaur displays, this one is notable. It’s where the first Hadrosaurus foulkii skeleton was unearthed.

Like many paleontological discoveries, the Hadrosaurus foulkii was discovered almost completely by accident.

In 1838, a man named Joseph Estaugh Hopkins was quarrying marl, a type of mudstone filled with clays and silt. During the dig, he and his workers uncovered bones that resembled various pieces of vertebrae. At the time, they had no idea that these were the fragmentary pieces of a dinosaur skeleton. Hopkins considered them curious oddities, which he displayed at his home.

Twenty years later, attorney and amateur paleontologist William Parker Foulke stayed for a time in Haddonfield. Hopkins told him about the vertebrae, and, struck by curiosity, Foulke decided to excavate the area entirely.

Foulke contacted Dr. Joseph Leidy, a paleontologist affiliated with Philadelphia’s Academy of Natural Sciences. He also contacted Dr. Isaac Lea, a geologist, to assist. Based on Foulke’s description and Hopkins’ display, Leidy recognized that the bones were part of a larger skeleton of a dinosaur.

The excavation resulted in 35 mostly complete bones out of an estimated total of 80. Both the type of bones and amount were hugely significant. At the time, fossil discoveries were largely fragmentary. Teeth and incomplete bones had been found all throughout Europe and North America, but not in such good quality or in such a high amount. This made the skeleton the first nearly complete dinosaur fossil found.

Standing On Its Own Two Legs 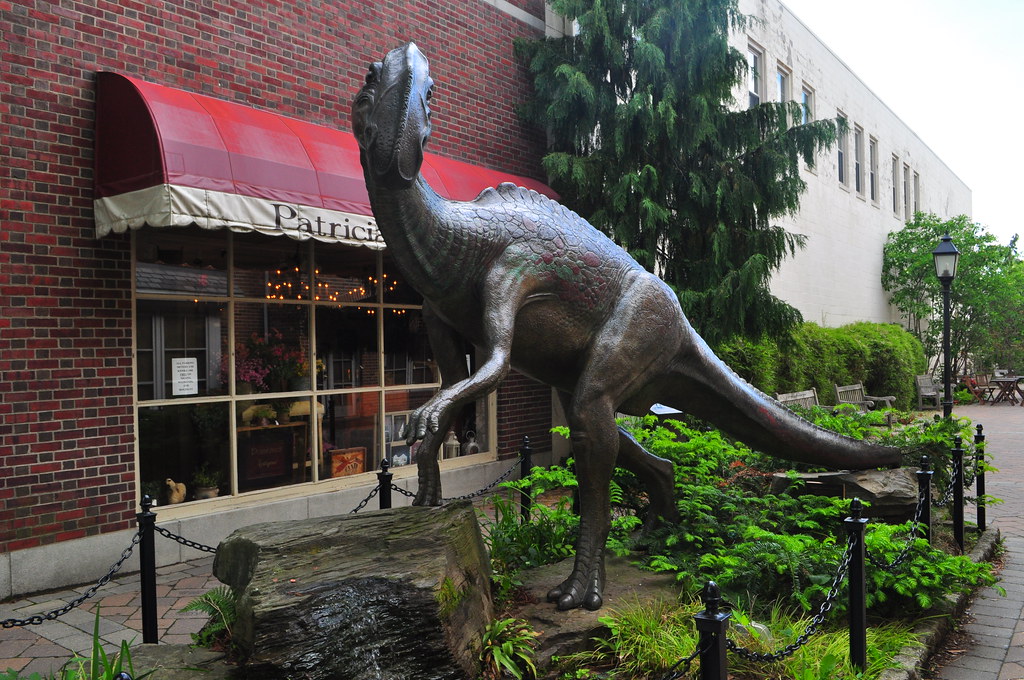 Dr. Leidy determined that the dinosaur had shorter front legs than hind legs. That meant it stood on its back legs primarily. Additionally, this proved to be another significant observation, as previous fossil discoveries suggested the existence of four-legged, belly-dragging, large reptiles. Whatever dinosaur that they’d unearthed, it was bipedal.

A decade after the excavation, Leidy finally put the bipedal skeleton together. Working alongside Benjamin Waterhouse Hawkins, an expert in animal anatomy, he proudly displayed the recreated skeleton to the Academy of Natural Sciences in 1868, where it remains to this day.

Leidy estimated that the dinosaur could grow up to 23 feet and weigh between two to four tons. Its teeth suggested it was a herbivore. In addition, the bones were about 73 million years old, placing the species in the late Cretaceous period. After the discovery, Leidy called the new skeleton the Hadrosaurus foulkii—hadrosaurus, Greek for “bulky lizard,” and foulkii, for his friend and fellow discoverer William Parker Foulke.

The impact was instantaneous. The Hadrosaurus foulkii was the only mounted dinosaur display in the world. Paleontologists from all over would come to view the recreated skeleton in its entirety. Dr. Leidy was considered the father of North American vertebrate paleontology, and Haddonfield became known as the place that cemented paleontology as a credible field of science.

Despite the initial fame that the Hadrosaurus foulkii brought, the actual dig site fell into obscurity once the skeleton was transferred to Philadelphia. The ravine where Foulke and Leidy had dug unofficially became the dumping ground for household wastes. Meanwhile, two sewerage processing plants were built nearby but were later demolished. Adding on to that, the whole area became overrun by wild growth.

It wasn’t until 1984 that attention to the site returned. Christopher Brees, a Boy Scout from Troop 65, was looking for a community project to complete for his Eagle Scout qualification program. He discovered the site and volunteered to clean it up. Receiving grants from the Academy of Natural Sciences and Haddonfield’s Junior Women’s club, Brees was able to accomplish his task. 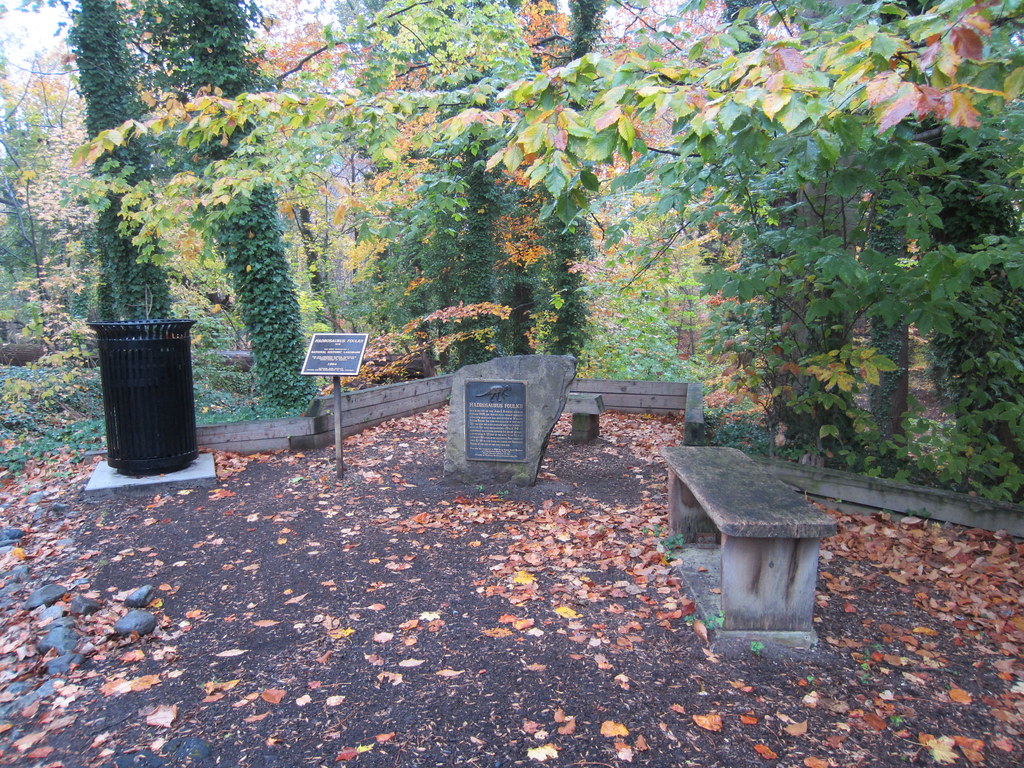 Along with cleaning up the area, Brees also set up the stone-mounted memorial plaque. It commemorates the area as the site of the world’s first nearly complete dinosaur skeleton. Overall, Brees’s efforts brought interest back to Haddonfield’s forgotten dinosaur.

The skeleton of Hadrosaurus foulkii received several awards and distinctions from the Academy. It was considered the “first nearly complete dinosaur fossil found,” the “first dinosaur depicted on two feet,” and the “first mounted dinosaur in the world.”

Haddonfield itself continues to regard both the skeleton and the site with fondness. Downtown, an 8-foot tall statue of the dinosaur, affectionately named “Haddy,” calmly keeps watch over the sidewalks and streets. And Hadrosaurus Park continues to see visitors who want to enjoy a day in the dirt.

How You Can Use Texts To Improve Your Business Performance