What if there was a place in New Jersey that could transport you back in time? In the span of a few minutes, you could travel from 1776 to 1950 simply by walking through a door. The sip of a cocktail can turn your 21st-century world into a colonial tavern. The bite of an entrée might just send you to a swanky speakeasy during Prohibition. The brick-exposed walls could teleport you to an industrial factory built in WWII. In the heart of North Jersey, such places exist, and the creator is Skopos Hospitality Group.

What is Skopos Hospitality Group?

Skopos Hospitality Group is the restaurant collective that runs seven distinctly unique venues in North Jersey— venues that have revolutionized the dining and bar scene. Each location tips its hat to the historical origins of its building while also creating innovative food and drinks for the modern day. The group is made up of owners, operators, staff and vendors that have various expertise in brewing, cocktail curating and culinary art.

The Greek word from which they derive their name, skopos, means “a distant mark or end goal one has in view.” This goal that Skopos alludes to is to bring a fresh take to the food and beverage industry in New Jersey by being the intersection of three values: great food, greater drinks and the greatest hospitality.

But how did this thriving enterprise begin?

The year was 2015 when brothers Thomas and Dean Marulakos re-envisioned a local dive bar in their hometown of Nutley, NJ. Both brothers had previously worked in Manhattan. Thomas was a professional brewer and bartender while Dean designed bars and restaurants in the East Village.

During their time in New York, they found a passion for quality, fine dining. They learned that there are three things that make an eatery stand out: innovative food and drinks, an atmospheric escape from daily life, and transcendent hospitality. They thought back to their childhood in the land of diners and decided it was time to bring this fresh, new outlook to the New Jersey dining scene.

Once the duo returned home, they set out to find a location. Long-time family friend and previous owner of the Nutley Pub, John Cowan, showed them the space on Centre Street that has now become the brother’s first bar-restaurant.

Built in the 1920s, the building on Centre Street opened as a bar in 1934 immediately after the failure of Prohibition. For nearly 90 years, the building has remained a pub under various names: Lou’s, John’s Tavern, and of course, Nutley Pub.

The interior has always possessed historic qualities and the Marulakos brothers wanted to honor that. “Once we bought the place, we started tearing down the walls,” Thomas Marulakos said. “We started seeing a lot of the building’s original brick and that’s when we decided we should preserve the character of the space.”

They restored the thriving speakeasy to its former glory and named it Cowan’s Public, after their dear friend John Cowan. The success of Cowan’s surpassed expectations, prompting them to open another venue in Clifton, NJ. It was after this second expansion that Skopos Hospitality Group was born.

Most bar-restaurants are known for one thing. They are either known for their food, their drinks, or their atmosphere, but normally not all three. Yet, Skopos has risen above the rest and achieved an elevated balance in each area. The secret to their success? Marrying comfortability and creativity to make something fresh.

“Everything we do depends on the location, Thomas said. “Before making decisions we consider the demographic we are serving and their comfortability. Once we know what they like, we consider the ‘unconsidered needs:’ what do people want that they don’t know exists yet?”

The first feature of a restaurant that Skopos designs is the atmosphere. “People go out to eat to escape their daily routine,” Thomas said. “Instead of making a restaurant part of the arbitrary act of eating, we want to help our guests escape to a new place.”

Every location follows a comfortable variation of the same menu yet plays into its own theme. Cowman’s Public is a charming 1938 speakeasy. The Barrow House is a colonial-era farmhouse. The Vanguard is a 1940s naval factory. Franklin Social is a Benjamin Franklin- inspired bar. Gus’ Last Word is a 1950s cellar bar. Junto Attic Bar is an intimate, attic-style, cocktail bar. And The Parkside Social is a classic American tavern with modern touches. Simply pick your adventure for the evening and Skopos will handle the rest.

Each venue emulates classic American cuisine, but with the help of Skopos culinary experts, the food goes above and beyond your average “bar food.” Wings, burgers, tacos, sandwiches and salads provide a sense of familiarity to New Jerseyans while also offering creative variations. One of their most popular dishes include their plethora of tacos dressed in jalapeno coleslaw and cilantro aioli.

As far as dessert goes, the sugar donuts at the newest Skopos location, The Parkside Social, are a treat worth saving room for. Warm, freshly fried donuts are served alongside espresso cups of rich chocolate mousse and vanilla cream.

Their drinks are a signature staple of each establishment, with the owners’ extensive background in brewing. Their selection of 16 craft beers and international wines are topped only by their cocktail program. Every bartender is trained in the art of cocktail curating and constant innovation, using only the freshest ingredients. “Go up to any bartender and tell them your favorite ingredients, and they will make you the perfect customized drink,” Thomas suggested.

Above all else, the value Skopos holds most dear is hospitality. “We each have an instinct to take care of people,” Thomas told me. “When people visit us, our goal is to make them feel like this is their home away from home. If we’ve done that, that’s all that matters.”

The Skopos logo incorporates a pineapple— a tropical fruit historically symbolic of hospitality. The fruit is oftentimes reserved for special occasions and guests. This reflects the attitude that a Skopos venue has toward their customers. Rather than the usual fast-dash dining that Jersey residents are accustomed to, each visitor is waited on with astute attentiveness, ensuring that they feel at home while enjoying their meal.

“We want our guests to feel as if they are visiting an old friend,” Thomas stated. “We hope the warmth and kindness they feel keeps them coming back. We are in the hospitality industry after all, and if there is no hospitality, there is no point.”

With seven locations dominating the North Jersey landscape, there’s no telling how far Skopos’ reach will extend. The thriving business is currently expanding their catering department and design consulting services, making them an enterprise worth keeping your eye on.

“We are excited about the future, but staying grounded in the present,” Thomas said, “so that we can focus on what we do best; serve all of you.” 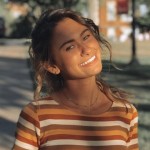 How to Help Your Kids With a Fear of the Dentist

Cbd Gummies: Do You Have Any Reason To Avoid Them?

RIP Pastina: How to Fill the Star-Shaped Hole...