Traversing continents, galaxies, and eventually time itself, the Avengers have been everywhere. Marvel’s arsenal of 23 films, box office blowouts with star-studded heroes, have molded a new generation of moviegoers. Even those who can’t escape the constant cycle of content and conversations about Iron Man or Thanos are aware of the weight these movies carry. Perhaps New Jersey plays such a pivotal role in the Marvel franchise’s world-building because its top brass has a personal connection to the Garden State.

Chief Creative Officer and Lead Storyteller Kevin Feige grew up in Union County and even donated $500,000 to help upgrade his high school media lab. It’s possible that, in another way to pay homage to his home, Feige chose to make New Jersey the backdrop for many of the Marvel Cinematic Universe’s most important moments.

One can argue the Marvel Cinematic Universe began in New Jersey. In “Captain America: The First Avenger,” we see the righteous leader of Earth’s Mightiest Heroes gain his powers through scientific experimentation at an army base in New Jersey. A testament to the state’s long military and scientific history, the training and experiments at fictional Camp Lehigh embrace real legacies of New Jersey. Set in the fake city of Wheaton, maybe named after “Avengers” writer and director Joss Whedon, Camp Lehigh lives long after Captain America vanishes during World War II.

An impromptu trip to Camp Lehigh is taken by Iron Man and Captain America in the final installment of the Infinity War saga, “Avengers Endgame.” The two heroes travel back in time to retrieve the all-powerful Space Stone, and against all astronomical odds, it’s being stored in the Garden State.

Stan Lee, the late creator of Marvel Comics, makes his final cameo appearance driving past Camp Lehigh. Decked out in full ‘70s hippie attire, the larger-than-life face of the comic company never looked younger, with help from Disney’s de-aging technology. Shouting at the soldiers to “Make love, not war!” while zooming down a scenic New Jersey road is the last of Lee in the movies.

The briefest visit to the Garden State on our list is to a landmark we all know and love, Newark Airport. Flying back from Europe after his epic battle with Mysterio, Peter Parker and his classmates return to the States and say their goodbyes in the Newark terminal. However, the scene was actually filmed in Sussex, London and relied heavily on props to transform the entryway. To capture the magic of a bustling New Jersey airport, movie-makers added iconic yellow American taxi cabs, actually swapped out British ‘rubbish” with American “litter,” and even partnered with United Airlines to feature their Boeing 777 and some of its real employees.

Although past Marvel properties have dived into the Garden State before, none have made it such a beacon for the bizarre as “WandaVision.” In Westview, named after a real town in Union County, Wanda Maximoff has unleashed her devastating magic. Warping the reality of the once-normal town, the inhabitants become trapped in a literal sitcom of Wanda’s own making. The show explores the ominous city that’s reminiscent of so many New Jersey towns, with similar aesthetics that look pulled right off our suburban streets. No stranger to the unexplainable, it isn’t too surprising that “WandaVision” is capitalizing off of our state’s sinister side.

Just like “WandaVision,” joining the Marvel family via Disney+ later this year is “Ms. Marvel.” A fresh take on the teenager-turned-superhero story, Kamala Khan’s journey is sure to be a welcome addition to the franchise. Adding a new cultural perspective not yet seen in the MCU, Khan will cement her place as the first Pakistani-American and first Muslim superhero in the franchise. Her powerful size-shifting abilities come second to her spunky personality, and her unabashed idolization of the Avengers makes her feel all the more authentic. While we don’t know much about “Ms. Marvel” yet, it was announced in December 2020 that Iman Vellani would play the titular character. She’s also set to make an appearance alongside her idol Carol Danvers in “Captain Marvel 2.”

When do you think New Jersey will appear again in the Marvel Cinematic Universe? Let us know in the comments below. 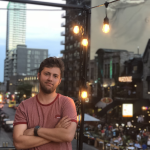 Retroshade 2021: Mercury Retrograde Shadow Periods + Everything You Need to Know

They forgot that in captain America the winter solider Steve Rogers and black widow went to the army base in jersey where they encountered Dr. Zola on the monitors in the bunker explaining his algorithm

There is no Westview Nj in real life. Everyone keeps confusing it for Westfield.

Very interesting, I lived in NJ all my life & finally I found an interesting web site! Looking forward to receiving more information !

No it’s a real town Daniel