The Science of Listening, A Lesson on Empathy It’s another humid day in June. The kind of humid that feels like you’re getting slapped in the face with a damp washcloth the moment you step outside your door. However, I’m not outside. I’m inside, quarantined for the 56th consecutive day, 30 comments deep in a heated debate over a friend’s Facebook post concerning her political stance on wearing a face mask to the grocery store.

In the age of social media, much has been written and speculated about the extinction of empathy in an increasingly digital landscape. Nearly two decades ago, social media was developed for the purpose of connecting people and communities through various platforms of communication. It has since evolved into a Pandora’s box of information, ideas and feelings that constantly shift our brains into a state of sensory overload conversely leaving us feeling more disconnected than AOL dial-up.

Back to the present day, facing a global health crisis and a second civil rights movement, our social channels are now bombarded with a surplus of performative activists, aunts that share far too much and algorithmically curated content to nourish our one-sided views. Without hesitation, our programmed impulse stirs us to argue or “clap back” against anything or anyone that remotely challenges our seasonal opinions.

A couple of days after a relentless debate on Facebook, my friend relayed to me that she no longer wanted to continue our relationship. What seemed to me like a standard petty argument on social media led to the termination of a 17-year-long friendship and I was genuinely at a loss of overused comebacks. My mind transported back to one of the fundamental exercises we were taught to practice in elementary school when we struggled to see eye to eye with a classmate.

Try putting yourself in their shoes. One of our first lessons on empathy.

Empathy, at its simplest, is the ability to understand and share the feelings of another. According to a recent New York Times article, titled, “How to Be More Empathetic” neuroscientists state that empathy occurs when both sides of the brain work together. “The emotional center perceives the feelings of others and the cognitive center tries to understand why they feel that way and how we can be helpful to them.”

Empathy involves a curiosity for the perspectives of individuals not only within our own secure social circles, but more importantly of those who exist outside of them. Perhaps this includes coworkers who have fallen victim to a history of systematic racism, small business owners who have lost their hard-earned jobs due to the economic crash, nurses who don’t have the luxury to stay home with their families, and yes, even that friend on Facebook we’ve invested hours of unproductive arguing against because he or she just refuses to wear a face mask while shopping for oat milk. Empathy is our most effective and influential communicative skill that has been wired into our brains since we learned how to tie our shoes, and yet we find it increasingly harder to put that elementary principle into effect as we scroll through our social media feeds.

The Science of Listening

So how can we improve our ability to empathize in an increasingly divisive culture? A 2017 study at Yale explored how empathic accuracy can be enhanced through voice-only communication.

These findings did not necessarily discredit the value of visual and non-verbal cues, generally perceived as our primary forms of conveying emotion; they revealed that through isolated attention on the tone, pitch and fluctuations of the voice alone, subjects were able to detect an even deeper and more intimate sense of emotion.

While most of us have experienced the emotional repercussions of reading aggressive words through a text or seeing a somber facial expression on a loved one, we cannot underestimate the power found through hearing the emotionally-heightened tones of the voices behind those text messages and faces.

I honestly couldn’t remember the last time I actually heard my friend’s voice or conversed with her outside of a text, DM or comment. Maybe if either of us had taken a moment to use our phone for its primitive function, we would have been able to hear the similarities in our underlying emotions and look beyond our differences of opinion.

While the internet has reinvented our modes of communication, it has not redefined the basic principles of how we were taught to communicate with one another. If we really want to treat our empathy deficit disorders, we need to bring that elementary idiom back to light.  Try on each other’s shoes—even if they are a bit uncomfortable, or painful to squeeze into.

Perhaps, instead of tapping the send button on that cleverly drafted clap back. We should open our phones. Hit the call button and open our ears to the human voice behind the receiving end of that punchline. We may actually make a friend, or better yet, keep the ones we have. 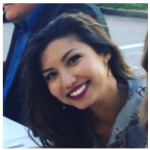 Cheese enthusiast and friend to all cats.

Cheese enthusiast and friend to all cats.

10 Podcasts That Will Make You a Better Person