Kate Dressed Up Reclaims Her Identity with Latest Single While in college in 2013, a 21-year-old North Jersey native, Katie Miller (aka Kate Dressed Up) traveled to the Middle East to study abroad. Up until this point, she hadn’t considered music as a serious career until she met the assistant program director. A 30-something woman who was intelligent, college-educated, bilingual (if not trilingual), with plenty of money to afford living alone—and yet, because of social norms—was not allowed to live by herself.

Innocently, Miller suggested the program director move into an apartment alone. “If I do that, my family will disown me…In Jordan, the only way for women to move out of their parent’s house is to be married.” This immediately stuck with Miller, who decided to move music off her hobby shelf and place it firmly into her career space. Knowing music might be a silly profession to pursue, Miller told herself she probably wouldn’t make it—but she had the chance to try.

“It’s true, we have a lot to work on in this country,” Miller adds. “But we’ve come a long way too. We [women] have the opportunity to marry who and if we want to, we can live wherever we want, and we can have any job we want, so…why not music?” Eventually, “Kate Dressed Up” was born.

Fast forward, and Miller put her wedding plans on pause to sit with me to discuss her latest single, “How Could I Have Known” off her upcoming album. A member of the LGTBQIA community, Miller explores a partially fictionalized version of her former self that’s grappling with her bisexuality. “How Could I Have Known” was produced by SPHMRE, the second single off Miller’s upcoming album. The upbeat, yet lamenting track is complete with horns by Adam Herschberger and Dawn Webster of the West Philadelphia Orchestra. “How Could I Have Known” is a metaphoric, important message of occupying the almost glanced over arena of bisexuality, missing signs and queues, and why you should grasp at the opportunity…always with consent and a little bit of laughter in between.

How did you get started in music?

[Music] was something I grew up with. My dad played guitar, music was always playing in my house. I sang from the moment I could talk! When I was seven, my parents allowed me to take piano lessons, which later became a combination of piano and voice lessons. Around age 10, I picked up drums, then shortly after that I picked up the guitar, and that kinda was my thing. I remember crying when I was trying to learn bar chords when you have to hold all the strings at once. There were tears but 11-year-old me was very determined!

I love the message behind “How Could I Have Known.” Can you talk about the journey that the song illustrates?

I don’t know what brought it on, but I had a moment where I realized that there were a handful of times in my past where women who I found attractive had been hitting on me. At the time, I didn’t realize it and I wasn’t secure enough to, you know, ask if they wanted to hang out or go on a date. So I just immediately sat down and wrote this song.

It’s semi-fictionalized, it’s just about a person who has these encounters that are like ‘maybe’ or ‘what if?’ and not realizing that the other person feels the same way. [So] that’s kinda where it all came from. And I’m bi-sexual. I’m in a straight passing relationship, so until pretty recently, that was something that I was grappling with. This song is me sort of saying, “Screw it. I am who I am,” regardless of the circumstances of my life. This is a part of myself, my story, and hopefully, other people’s stories that I think are worth telling. I’ve always felt that identifying as bi-sexual causes you to be overlooked in a way. Of course, there’s a stigma in the LGTBQIA community overall; but I feel like being bi, society treats you as just ‘unsure.’ It’s almost like being a middle child.

There’s a feeling among straight people where you think, ‘well I’m definitely not straight.’ But at the same time, there’s a hesitance to loudly claim a clear identity when you look into the Queer community; and this is totally false, but there’s this sense of “other people are queerer than me,” or “other people are having a harder time with their sexual identity,” so then you don’t want to take up their space. But everyone’s space is valid, take it up! Whatever your identity is, you can be that and it’s okay.

The big ones would be Connor Oberst from Bright Eyes, he’s my favorite songwriter. I love Paul Simon! Within the past few years, I’ve fallen in love with this band from England called The Staves; these three sisters who just make the most incredible alternative indie-folk music. I love Laura Marling, Fleet Foxes, Alanis Morissette, Ani DiFranco…I could go on. In addition to those, I love hip-hop and R&B. Kendrick Lamar [I think] is just a prolific poet.

I love dance music, my fiance grew up in the late ‘90s and early 2000s Rave scene, so I like a lot of what he introduced me to. There’s no one specific place [genre] that my inspiration comes from. I’m a music lover of all kinds, so whatever catches my ear may inspire me.

What motivates you to create outside of music?

I’m inspired by the people closest to me. My fiancé inspires me in terms of the kind of person I want to be and what I want my life to be. My artistic inspiration comes from my best friends, Vin and Elyse, who are also in the band. The three of us have been inseparable, making music together for over a decade now. They’re kinda like my musical right and left hands, they’re always there.

Also, my family. My parents are divorced and my brother lives on a farm in Canada. Both the negative and positive things that happened in our family unit I find pretty inspiring. And just day-to-day mundane things; sitting in a meeting, buying a coffee, whatever. Something catches my ear and gets me thinking.

You never know where the inspiration is going to come from. It’s just an open mind-state and noticing connections, relations between things [and] underlying meanings. Just imbuing these experiences that maybe aren’t really there but still mean something to you. Where did the name, “Kate Dressed Up” come from? Is that a metaphor for, say, trying on different costumes?

Yeah…honestly, you’re the first person that has come even close to understanding it. “Kate Dressed Up” came about when a previous music project with Vin came to a pause. I moved to South Jersey and Vin was in North Jersey, so it just became logistically impossible to continue.

So I had to come up with another name [and] I’m very bad at naming things. It either has to come [to me] or it’s not going to happen at all. Out of thin air, the phrase, “Kate Dressed Up” came to me. I didn’t think my way to it, it’s more like it appeared. Everything about it unfolded and made sense, [the name] is catchy, I think it’s cool!

It became this thing that is me, but by existing outside of me, I can fictionalize whatever I want. I can be whatever I want in the framework of “Kate Dressed Up.” It’s me and it’s not me at the same time.

While “How Could I Have Known” is speaking about wrestling with your own uncertainty, the track also plays like a cautionary tale about missed opportunities. Was that intentional or is that just me?

That’s a really interesting take! The beautiful thing about music is that as much as we’re talking about how it means something specific to me, I love that it can mean different things to different people. That’s one of the great things about music.

In terms of being a cautionary tale, I wouldn’t say that. But, it’s a note to myself to be confident and comfortable in who and what I am. Hopefully, the song encourages people to take a chance, to ask. [In a romantic context] You always want consent, to respect boundaries. But rejection is a beautiful part of life that I think not enough people willingly go through. Being a musician, rejection is constant! Maybe you know that too, being a writer.

I can fill my entire office with rejections!

Yeah! And those rejections help you grow, learn, [you] learn about yourself and they help you become stronger. That feedback helps you see things from an outside perspective. So I’m a big fan of just going for it. As long as your intentions are good and respectful, go for it; whatever it is! Just go out there and try because you might get 99 rejections and one ‘yes.’

And, you know, if you didn’t go through those 99 rejections, you wouldn’t have taken a chance at that 100th that ended up being your ‘yes.’ You just never know…and I guess that’s the other thing the song’s about. You never know, so you might as well try.

If you could advise someone, whether it’s someone who identifies as LGBTQ or just anyone who feels invisible, downtrodden, what would it be?

Man, that’s tough…struggles with identity are so challenging. And there are so many ways that someone who shares their identity with the world can open themselves up to harm. I would say to be patient with yourself. Be patient with the world around you. Seek people that will accept you for who you are, and trust that they exist. I know a lot of people who have struggled with their identity, whether it’s geographically or within individual households, that make their lives extremely challenging, if not downright unbearable.

I would like to send love and strength to those people and say that I hope you find your chosen family. People who care for you and accept you the way you are. 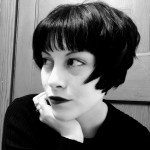 Amaris Pollinger is the Music + Entertainment Editor at the New Jersey Digest. She lives on the fringes of a ghostly battlefield with her husband and their pets.
Addicted to coffee, a lover of wine, music, and history, she just wants to hang out on a cozy porch somewhere.