The Best Places for Fall Foliage in New Jersey I’ve been lectured quite a few times by summer loyalists claiming that the season doesn’t officially end until September 22. But, like clockwork, in the last weeks of August, I get a feeling in my gut that autumn is here. Almost overnight, my coffee transforms into its pumpkin spice counterpart, and I’m looking outside my window for the first few leaves ready to hit the ground. So if you’re like me, autumn has arrived and you’re ready to see the best places for fall foliage in New Jersey. I’ve already made you a list.

The Best Time And Place

The average peak of fall foliage in New Jersey is toward the end of October, but there are a few factors that could change this timeframe, such as rainfall and abrupt changes in temperature. The most accurate prediction is posted annually on the Smoky Mountain’s website. In New Jersey, the leaves change colors in three waves: yellow, orange, and red. They begin at the Northern tip of the state, at its highest elevations. Then, they gradually descend toward the Central and South Jersey regions. Mt. Tammany is the southernmost peak of the Kittatinny Mountains. The mountain range offers hikers several trails to see breathtaking views of fall foliage in New Jersey and its surrounding wooded areas, including the east side of the Delaware Water Gap. The Red Dot Trail leading to Mt. Tammany’s summit is an intermediate hike recommended by most hikers. You can enter it through the Red Dot Trail Parking Lot or the Dunnfield Creek Parking Area. Ringwood State Park is located in the heart of the Ramapo Mountains and is home to the historic Ringwood Manor and New Jersey’s Botanical Gardens at the Skylands. Both offer a variety of fall activities for the family. However, if you’re looking for the best places to see fall foliage in New Jersey, try hiking the network of trails surrounding the park’s two major lakes. There are trails for all skill levels that provide visitors with spectacular views from the park’s highest elevations. 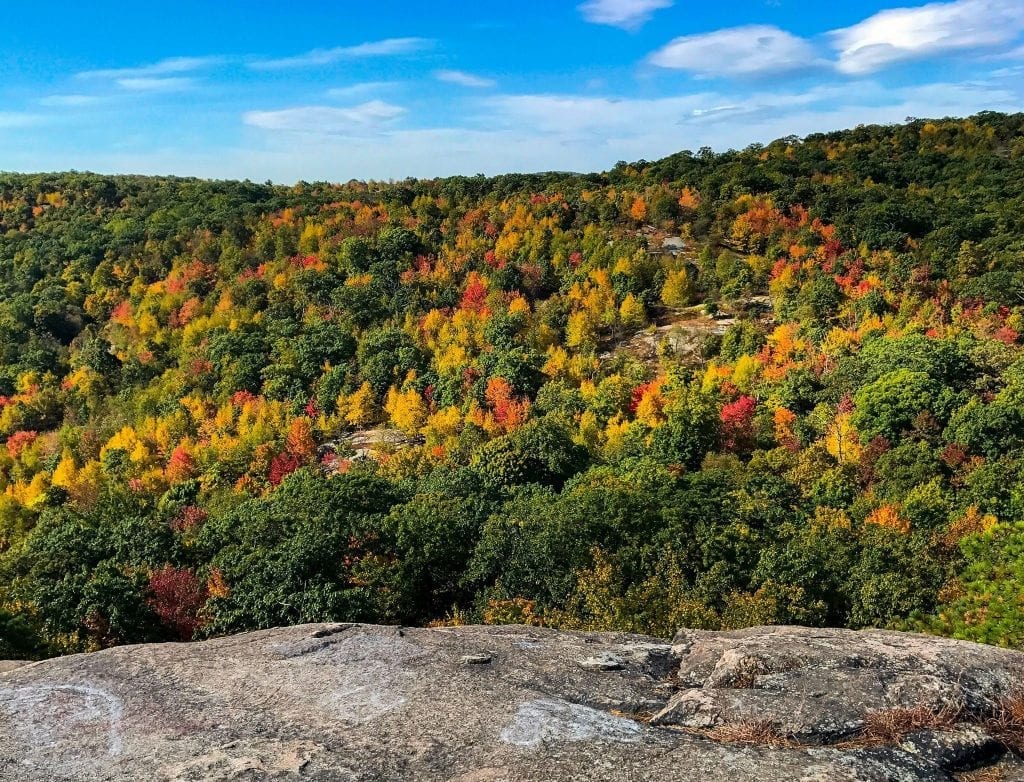 Norvin State Green Forest can be found near the Wanaque Reservoir. The forest is accessible only by foot and contains an extensive trail system built from old logging roads. Wyanokie High Point, one of Norvin’s moderate trails, is a common trek among hikers to witness the Garden State trees’ red and golden hues. While the Round Valley Reservoir provides visitors a vast autumn landscape right from its shores, the recreational area is also home to several trails. Cushetunk Trail, a moderately-leveled 12-mile trail, gives the best views of the astounding fall foliage in New Jersey. It’s accessed from the South Parking Lot located within the Day Use Area. If you’re considering bringing children, the park site suggests using the half-mile Pine Tree Trail instead. Cheesequake State Park is well-known for its colorful panoramas during the autumn months. The park has five designated hiking trails ranging from easy to moderate in difficulty. These trails allow visitors to enjoy walks under the park’s cascading shades of red and yellow leaves. But similar to Round Valley Reservoir, Cheesequake’s prime lookouts are the benches near the water. Delaware and Raritan Canal State Park is a 70-mile linear stretch of land that passes through several counties in New Jersey. As the name suggests, the canal connects the Delaware River to the Raritan River and remains one of Central Jersey’s most popular recreational areas. The best place to see fall foliage in New Jersey is from the 36-mile trail that runs alongside the edge of the water. Positioned on the edge of the Pine Barrens is Parvin State Park. The park is rich in history, as it was once a summer camp for children of displaced Japanese Americans and later, a German prisoner of war camp. Parvin State Park is also known for its diverse ecosystem. While the park has pine forests typical to the area, it’s also home swamp hardwood forest as well. For those who are looking for spectacular views of fall foliage in New Jersey, the trails around Parvin and Thundergust Lake are best suited to take in all of what Parvin State Park has to offer. Both give picturesque views of the bright red and golden yellow hues of the New Jersey autumns we’ve waited all summer for.

Check out our list of top parks in North Jersey to visit this 2020 for more fall foliage wins here! 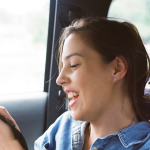 Social Media Overload: When Is it Too Much?

The History of Hoboken, How Has the Mile Square City Changed?