Here Are The 10 Oldest Restaurants in NJ Image of the Black Horse Tavern Featured on their Instagram

Have you ever wanted to dine in a tavern that George Washington visited during the Revolutionary War? Or maybe enjoy a pint at a bar that dates back to the era of the 13 colonies? Upon entering some of the oldest restaurants in NJ, it isn’t hard to feel as if you have been transported back in time.

The Garden State is home to a number of landmarks and events significant to the history of the United States. Some of the earliest European settlements were founded right here. With that came farms and villages and, eventually, the building of local restaurants, taverns, and inns in the 1600s and 1700s. Throughout the 18th century, reports of early Revolutionary War meetings began in these taverns, pubs, and restaurants across the Garden State. Historians refer to NJ as the “crossroads of the revolution” because more than 100 battles took place here. Many of the oldest New Jersey taverns that still exist today date back to the Revolutionary War era. Guests can experience the historical atmosphere and architecture at these 10 oldest restaurants in NJ.

The menu at the Ho-Ho-Kus Inn and Tavern has diverse entreé options for patrons to select from including steak frites, Norwegian salmon, fried chicken sandwich, and much more.

A post shared by The HoHoKus Inn & Tavern (@hohokusinnandtavern)

Enjoy the cozy ambiance of the dark wooden interior in Moore’s Tavern. Located in Freehold, New Jersey, Moore’s Tavern was originally a residence owned by Moses Mount. Mount was a direct aid to General George Washington during the Revolutionary War. Mount decided to open a tavern on the property, however, it is unclear when. According to the Moore’s Tavern website, the earliest documentation of the tavern’s functioning was a grant from the Monmouth County court of Quarter Sessions in 1787 giving the tavern “continued licensing” to operate as a “public house of entertainment.” It is unclear when the tavern opened, but it very well could have been years earlier.

Now a popular sports bar, Moore’s Tavern’s menu features a number of fan favorites! Guests can enjoy anything from specialties like their drunken clams to traditional beef sliders.

Established in the early 1700s

The Sergeantsville Inn was a private home in a small village known at the time as Skunktown—later renamed “Sergeantsville” after the Revolutionary War. Over time, the Inn went through various renovations and had multiple uses. Throughout the 1800s, the wings of the inn were feed and grain stores, an ice cream parlor, and even a pelt trading store. The Sergeantsville Inn finally added their restaurant in the early 1900s, making it one of the oldest restaurants in NJ.

Locals continue to enjoy the restaurant’s sophisticated menu today. Taste their Icelandic cod, bavette steak au poivre, or pork cassoulet. The Sergeantsville has remained a historical favorite for many years.

Located at the Nassau Inn in Princeton, NJ, the Yankee Doodle Tap Room has been around for over 250 years. Guests can sit close to a warm fire as they enjoy delicious cuisine with options like a half rack of ribs and a smoked jerk chicken sandwich.

The Yankee Doodle Tap Room was first developed as a drinking club for male Princeton students and faculty and is visited by prominent alumni and other famous historical figures. The walls are decorated with photos from the Edgar Palmer—a wealthy local heir to the New Jersey Zinc Company— collection, Princeton alumni, paintings of the revolution, and the largest Norman Rockwell mural. The aesthetic truly makes visitors feel like they are in an English tavern!

A post shared by The Yankee Doodle Tap Room (@yankeedoodletaproom)

Similar to many small New Jersey villages, Cranberry Towne expanded in the mid-1700s. Travelers needed to have a place to sit down, rest, and eat when passing through. So, two taverns were built in the village–one in 1750 and the other in 1765–to serve locals and visitors alike. According to their website, Hannah Disbrow Dey and Peter Perrine built the Cranbury Inn in front of these two taverns in the 1800s, expanding the business.

The taverns and the inn have been part of many key points in history. Alexander Hamilton and Le Marquis de Lafayette wrote to George Washington from the Cranbury Inn to warn him of British troops nearby. These letters now are at the Smithsonian Museum. The Cranbury Inn also acted as a stop on the Underground Railroad in the 19th century. It has hosted a number of historic, famous, and royal visitors over the years.

Today, guests can enjoy their menu featuring classic American cuisine such as baby rack of lamb, grilled pork chops, and roast turkey all served with a side of vegetables and potatoes.

A snug tavern ambiance can be found at The Clinton House. Upon arrival, guests are greeted by a crackling stone fireplace, walls covered with wood paneling, and a warm ambiance. The Clinton House was established in 1743 as an inn and tavern, before the Revolutionary War. It was a perfect spot for travelers to rest before, during and after wartime.

The Clinton House has closed its inn’s doors but remains a popular restaurant spot in the area. Today, locals can still enjoy tavern favorites such as beef wellington, french dip, and braised short ribs.

The dimly lit rooms with a grey stone hearth and brick walls make guests feel as though they have entered another time period at The Black Horse Tavern and Pub. It is truly one of the oldest restaurants in NJ. According to an article from the 1998 issue of the Daily Record, Ebenezer Byram built the Black Horse as an inn in 1742 and turned it into a stagecoach shop for travelers. Eventually, it turned into the tavern and pub it is known as today.

The Black Horse Tavern and Pub utilizes fresh Garden State produce from local farms to cook their food. Their traditional entreés have a modern twist like their shepherd’s pie empanadas, baked lobster mac, and DZ burger.

In 1720, John Budd built a large log cabin on the edge of the pine forests. The cabin passed through nine owners before finding its way to John Barnes, who had hopes of making it into a tavern. In 1776, Barnes received his tavern license and opened up the Barnsboro Inn to travelers looking for food, drink, and lodging.

Today, guests can still visit the Barnsboro Inn’s historic environment and wide variety of dining options featuring everything from tacos to sandwiches and larger entreés from chicken parmesan to beef brisket.

Once you set your eyes on Ye Olde Centerton Inn, you’ll think it popped right out of a textbook. This tavern has been in existence since 1706 and is widely known as one of the oldest restaurants in NJ, continuously owned and operated. Everything from the rustic lettering on the exterior of the building to the old-fashioned wallpaper in the dining room feels like a historical artifact.

The inn has remained a popular spot for locals to dine and even host large events: weddings, birthdays, and more. Ye Olde Centerton Inn’s menu offers homey American food such as their Governor’s pork tenderloin, the baconizer, and much more!

The Farmhouse at the Grand Colonial Hampton — Hampton, NJ

Built almost 330 years ago, The Farmhouse at the Grand Colonial Hampton is the oldest building in Hampton, New Jersey. Originally the Blane Homestead, the architecture is just a glimpse into the 17th century’s designs. Stonework and fireplaces at the building’s center are completely original to the building. However, a number of additions have been made throughout the years. The restaurant is a popular spot for special events like weddings, parties, holidays and more.

Have you been to any of the oldest restaurants in NJ? Let us know in the comments 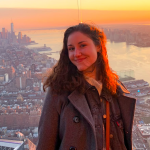 5 New Jersey Speed Boats Sure to Make a Splash

You forgot about the Olde Columbus Inn in Columbus