Driving along Interstate 287 won’t lead to the concrete jungle of New York City like many highways do in northern New Jersey. Rather, it is a road that will take you to the scenic woodlands and rolling green hills of Upstate New York’s Hudson Valley. Upon leaving the Garden State and merging onto the New York State Thruway, every exit up to Albany bursts with beautiful nature trails, stunning mansions and small-town shops. But the Hudson Valley’s breathtaking views don’t monopolize all of its charms. There is also a rich history that follows the flow of the Hudson River wherever it goes, along with many captivating historical landmarks in Hudson Valley!

Here is a guide to some of the most prominent historical landmarks in Hudson Valley, starting with those closest to New Jersey and expanding further into New York.

Located in Westchester County,  this enchanting property is one of America’s finest Gothic Revival mansions. Lyndhurst Mansion was designed by Alexander Jackson Davis in 1838. It’s home to original arts and a gorgeous landscape with a view of the Hudson River. By contributing detailed furnishings and interior decor over the course of a century, Lyndhurst Mansion was shaped by the history of its prominent owners, the Pauldings, the Merritts, and the Goulds. Today, many refer to Lyndhurst Mansion as the beginning marker of the Hudson Valley region.

Lyndhurst is very close to New York City, making it an accessible day trip for New Jerseyans. The mansion offers multiple guided tours. They also allow guests to stroll through the grounds on their own with a Daily Grounds Pass. Mansion tours begin again on July 2 Fridays to Sundays from 9:30 a.m. to 4:30 p.m. Buying tickets online in advance is easy on their website. 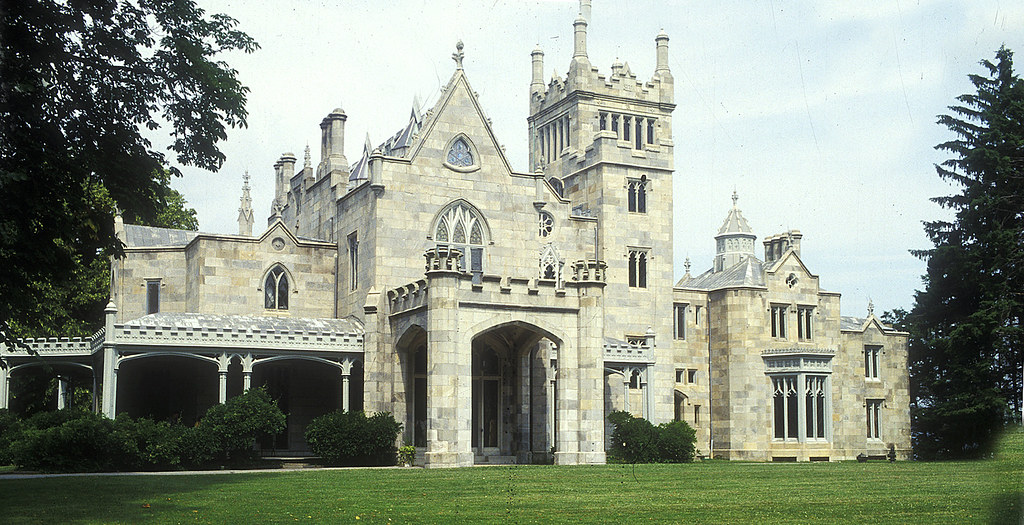 Everyone in New York knows about the Rockefeller Family and of their wealth and prosperity through the Standard Oil Company. In fact, John D. Rockefeller became one of the richest men in America at his height. Kykuit was one of Rockefeller’s prominent estates in New York, home to four generations of Rockefellers.  The National Trust for Historic Preservation maintained this historic site and architectural sensation for more than 100 years.

The estate is not currently open for visitors due to COVID-19 restrictions. However, they promise to update their website once they open up again for tours. Right on the coast of the Hudson River in Newburgh, NY is Washington’s Headquarters State Historic Site. General George Washington helped shape American history during his time in Newburgh. It was in these headquarters that our first President made critical decisions that would impact the future of America, including rejecting the idea of an American monarchy, preventing military control of the government, ending the Newburgh Conspiracy, and more.

When visiting this historical landmark in Hudson Valley, explore the Museum showcasing Washington’s Headquarters collections and take in the beautiful scenery of the Hudson River. Guests can also take a tour of the Tower of Victory and witness a spectacular view.

Washington’s Headquarters State Historic Site is open Wednesday to Saturday from 11 a.m. to 4 p.m. and 1 p.m. to 4 p.m. on Sundays. Admission is $7 for adults, $5 for seniors and students, and free for those 12 and younger. 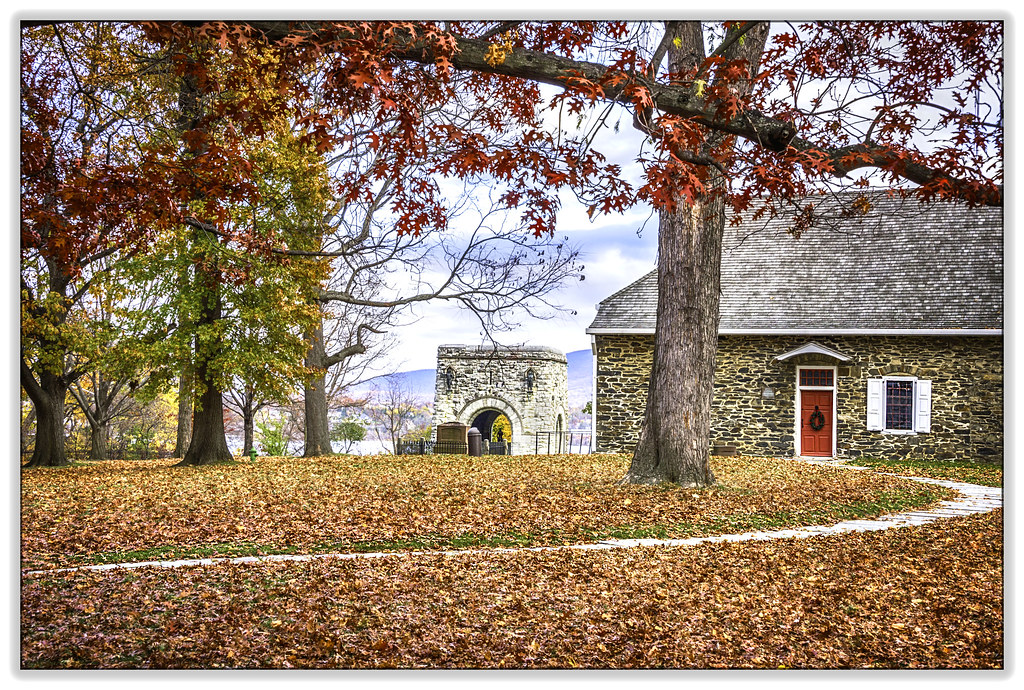 During his time holding the longest term as President in United States history, F.D.R. often returned to Hyde Park to enjoy the stunning Hudson Valley and rejuvenate during times of personal and political hardship. The home, originally built in 1793, was F.D.R.’s birthplace. Renovated in the 1850s, the Roosevelts made the estate more of an Italianate style villa. The Italianate style is popular throughout the historical landmarks in Hudson Valley. It often includes pitched roofs, ornate brackets and square towers. F.D.R.’s memory echoes throughout the halls of Hyde Park. From his childhood to his old age, the president spent many years enjoying the Hudson Valley region.

Due to COVID-19 restrictions, the home of F.D.R. remained closed to indoor tours at this time, but visitors are welcome to walk around the grounds. When the National Park Service reopens the historical site, admission is normally $20 for a complete ticket, but children under 15 years and under are free.

Also located in Hyde Park and not too far from F.D.R.’s childhood home is Val-Kill. Val-Kill was originally purchased by F.D.R. in 1911. It was a favorite picnic spot for the family and was where the First Lady gathered with her friends. When F.D.R. died, Eleanor Roosevelt made Val-Kill her primary home.

During the 1920s, Eleanor Roosevelt emerged as a leader in women’s suffrage and rights. Her home at Val-Kill was a large part of her identity and is where her life and legacy are honored. The First Lady loved the beauty of Val-Kill and the landscape of the historical landmark in Hudson Valley. The land included Val-Kill Pond, Fall Kill, Stone Cottage and Val-Kill Cottage with lawns, gardens and woodlands surrounding the home.

Similar to F.D.R. Val-Kill’s indoor tours are not available at this time due to COVID-19 concerns. However, visitors are welcome to walk around the grounds from 8 a.m. to 7 p.m. In 2019, there was no admission fee to enter the cottage when indoor tours were open. 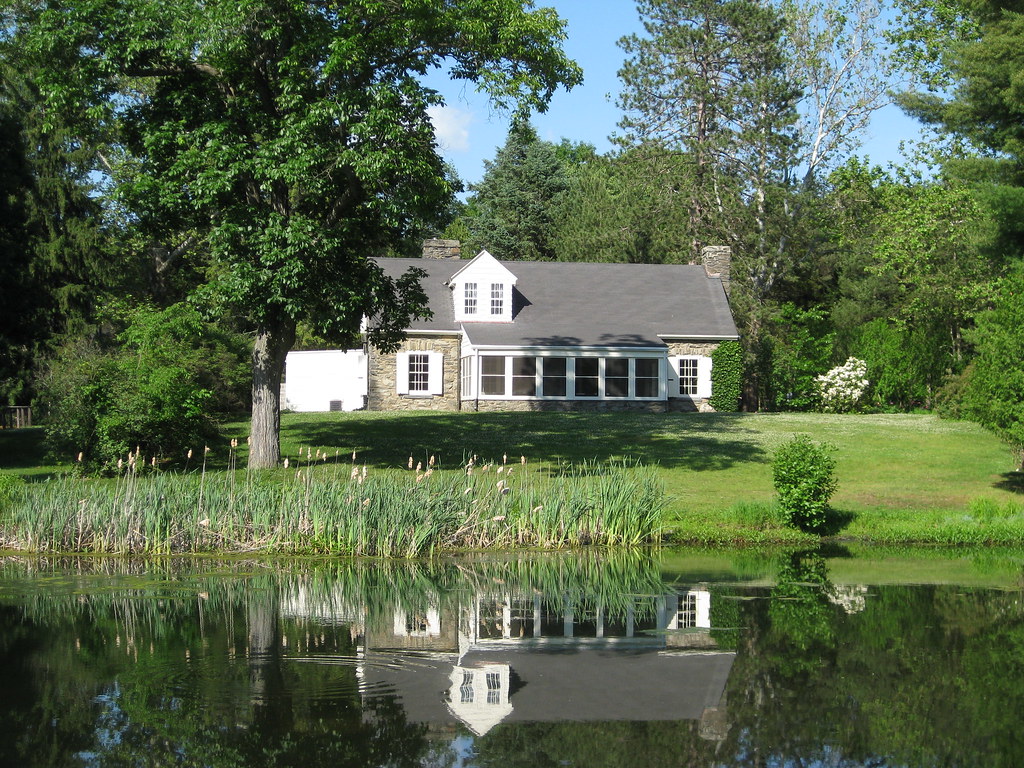 The Vanderbilt Mansion was built in the name of prominent aristocrat William Henry Vanderbilt—who was once known as the wealthiest man in America. Throughout the decor and design of the mansion echos wealth and privilege. The magnificent architectural style that went into building this beautiful historical landmark in Hudson Valley is everything a history buff would expect the Vanderbilts to have. McKim, Mead and White were the architects in charge of designing Vanderbilt’s home. Throughout his plans for the Vanderbilt Mansion paired with replaced colorful interpretations of classicism, McKim’s academic style is evident.

Closed to the public due to COVID-19, the Vanderbilt Mansion’s visitor center is open everyday from 9 a.m. to 5 p.m. When open, entrance fees are normally $10 per person and 15 years and under are free. 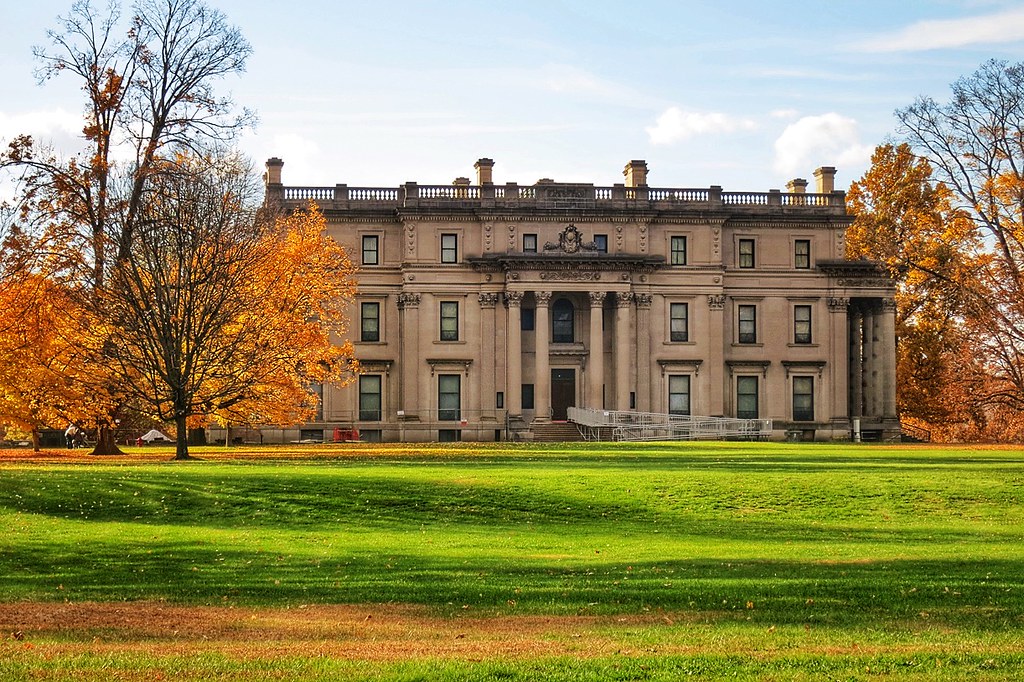 Ogden Mills and his wife Ruth Livingston Mills owned this sophisticated country home.  Located in the Hudson Valley along the river, the estate overlooks the rolling Catskill Mountains behind the waters of the Hudson River. The couple commissioned McKim, Mead and White to build their picturesque home in the 1890s. Their Gilded Age style is exemplified through the mansion’s delicate and elegant design. These architects also designed the Vanderbilt Mansion in Hyde Park and were prominent builders at this time.

Restored to its turn-of-the-century glory today, the Staatsburg Mansion is open for tours of the house and grounds. Admission is $8 for adults, $6 for students and seniors, $6 groups of 10 or more by appointment, $10 for special themed tours, and children 12 and under are free for drop-in tours as well. 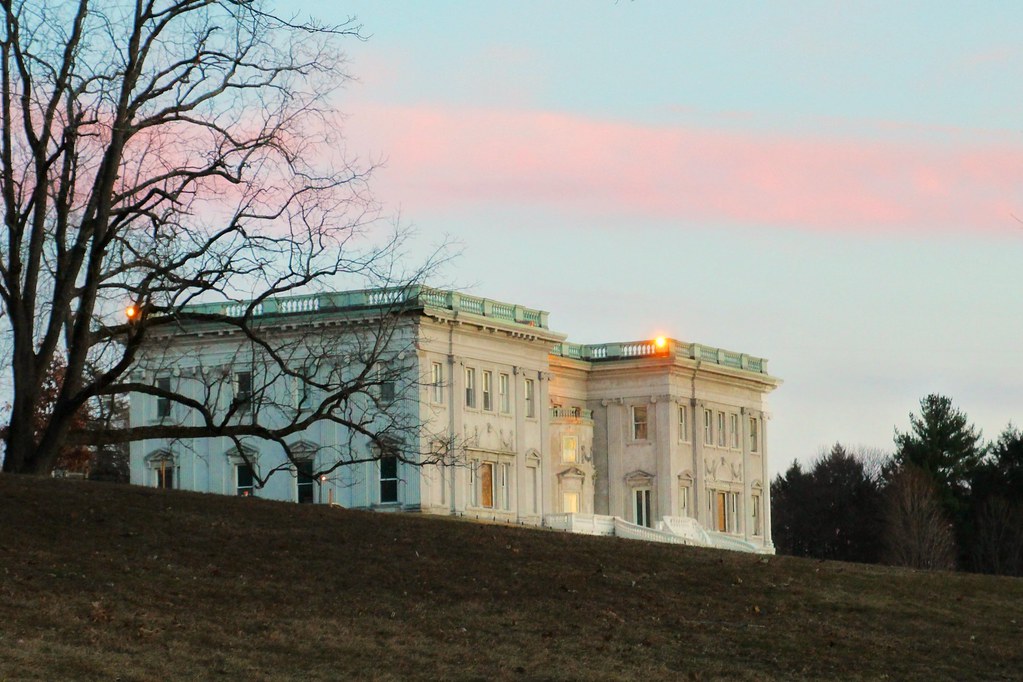 There is deep rooted history in Kingston, NY aside from the mom-and-pop shops and family owned restaurants . The city is home to an abundance of history dating back to pre-revolutionary years. In fact, The Four Corners is the only intersection in America where the buildings on all four corners were created pre-Revolutionary War. The intersection is located at Crown and John Streets in Downtown Kingston. Built before the Revolutionary War, much of Kingston’s architecture has been preserved throughout the years.

Visitors can take a stroll to the intersection after enjoying a local meal to observe one of the most historical spots in New York.

Many people don’t realize that Kingston, NY was the state’s very first capital. The Senate House State Historic Site remains in Downtown Kingston near The Four Corners. Before the capital moved to Albany in 1797, the house was the original meeting place for the New York State Senate. In The Senate House, colonists and revolutionaries created a new government for the United States. It remains an important part of America’s history, especially from the Revolutionary War.

The Senate House State Historic Site is one of the true historical landmarks in the Hudson Valley. It is open from Wednesday to Saturday from 10 a.m. to 5 p.m. and Sunday from 1 p.m. to 5 p.m. Admission is $4 for adults, $3 for seniors and children 12 and under are free. 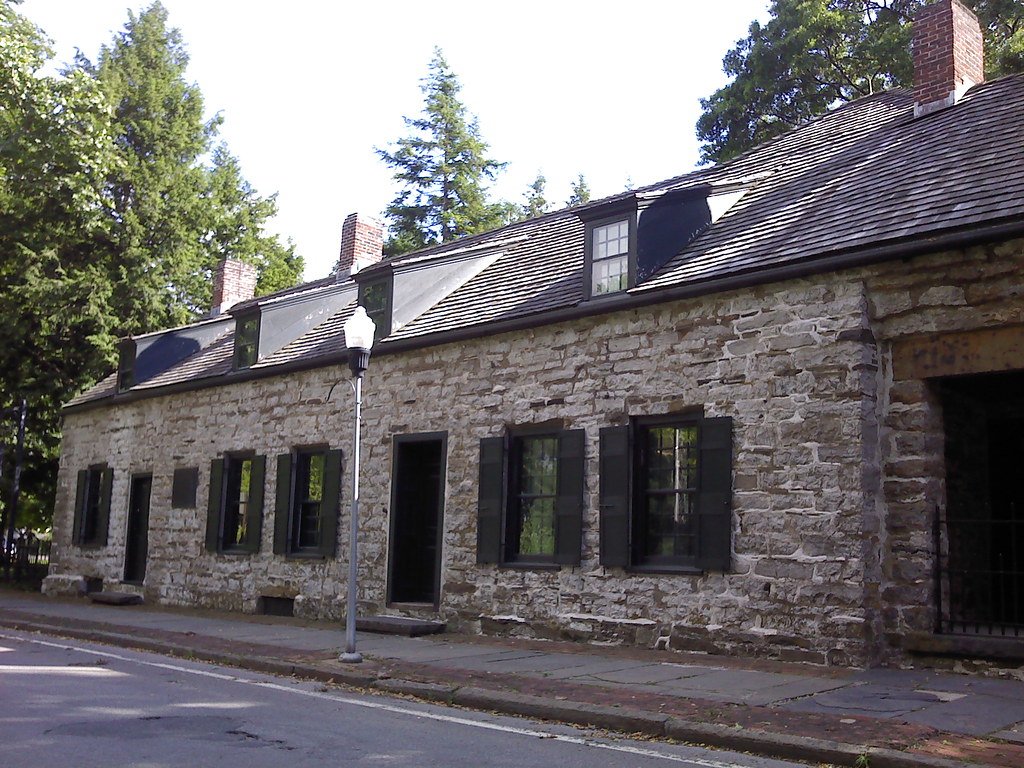 Olana was the home of Frederic Church, a well-known painter who grew up in Connecticut and spent time studying art in Catskill, NY. Aside from his love for painting, Church traveled the world, loved his family, and became a self-taught architect, farmer and landscaper. In 1866, Frederic Church and his wife Isabel gave birth to their first son and bought the land overlooking the Hudson River.

For many years, the family called the estate “the Farm.” It was only later that they named it Olana. Scholars have linked the name Olana to a volume of Stabo’s Geographic owned by the Church that references a city named Olane. Part of the Roman Empire, Olane was one of the treasure-storehouses on the Araxes River. The Churches related to this and chose to name their property Olana. The Church’s trips abroad to the Middle East inspired the design of the home. They raised four children on the estate and enjoyed the rich beauty of the Hudson Valley region.

Visitors are free to enjoy the ground at Olana from 8 a.m. to sunset any day. Tours are indoors and outdoors Tuesdays to Sundays from 10 a.m. to 4:15 p.m. The price of admission depends on the tour, so check out their website if you are interested in visiting. 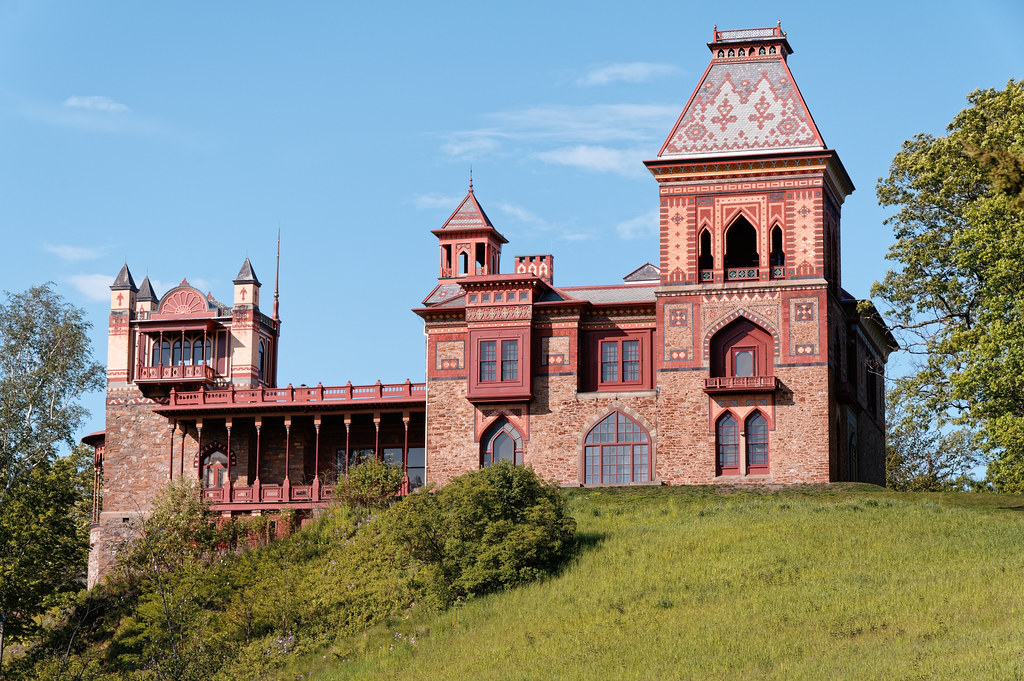 What I Wish I Knew Before Starting College

The Best New Jersey Road Trips Everyone Has...