A few miles south of Atlantic City stands a rather curious attraction: a massive, four-legged, two-tusked creature named Lucy the Elephant. For almost a century and a half, she’s quietly watched over Margate City. At 65 feet tall, 60 feet long, and 18 feet wide, she’s one of the country’s largest statues—the 12th largest, in fact. She’s also considered one of the best day trips in New Jersey. But along with her size and friendly appearance, Lucy the Elephant has a fascinating history of development and construction.

Birth of an Elephantine Idea

Lucy’s origins are as humble as she is huge. She began as the product of one James V. Lafferty, an Irish-American inventor.

In 1881, Lafferty filed a patent with the U.S. patent office for building a series of animal-shaped buildings. This patent was to last for the next 17 years. In 1882, the patent was granted, allowing Lafferty to begin constructing that series.

Though the patent said that Lafferty could build in the shape of any animal, Lafferty chose to construct elephant-like representations. Along with Lucy, he constructed the Elephantine Colossus at Coney Island, New York. Building Lucy cost nearly $25,000, which, with inflation, is worth over $660,000 today.

Lafferty hired two Philadelphia architects, William Free and J. Mason Kirby, to design the elephant itself. They used nearly one million pieces of wood, 200 kegs of nails, four tons of bolts and iron bars, and nearly 12,000 square feet of tin for the exterior plating. They were inspired by Asian elephants as opposed to African ones. More materials were used to construct the howdah, a carriage placed on the back of elephants, on the back. Visitors could climb up to view the surrounding landscape. 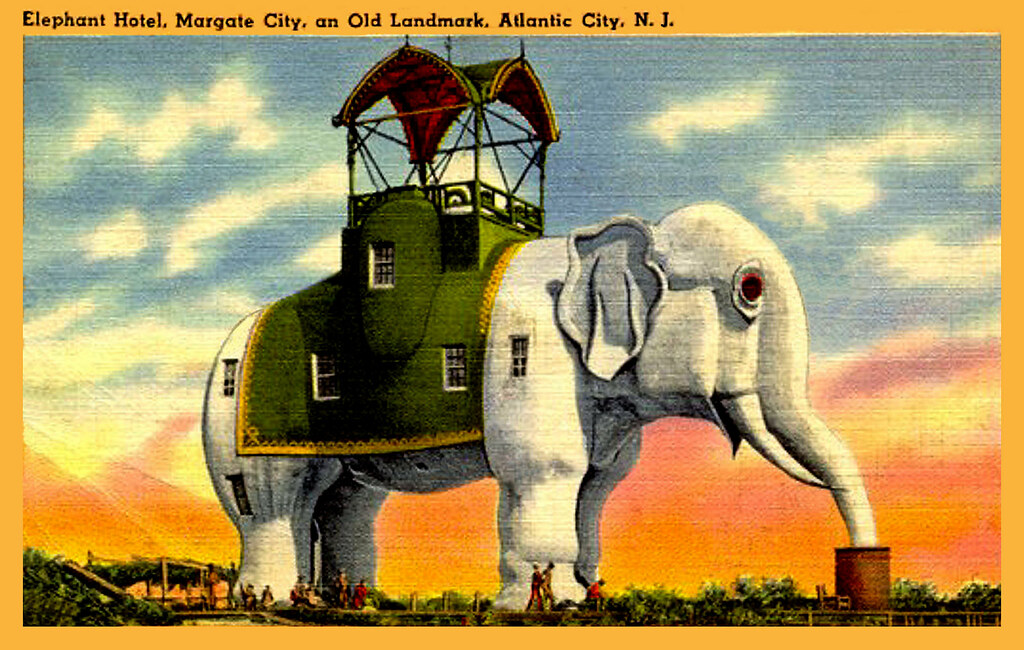 The howdah wasn’t originally used for observation, however. It was part of Lafferty’s plan to sell real estate to potential customers. He would bring people up to the howdah and show them what plots of land were available. Today, visitors use it as an observation deck to see Margate and Atlantic City.

When the real estate plan didn’t go through, Lafferty had to sell the elephant statue to Anton Gertzen. This was in 1887, and the Gertzen family continued to maintain it until 1970. One of the family members, Anton’s daughter-in-law, dubbed the statue “Lucy” in 1902. In actuality, this name is incorrect. Because of her Asian elephant heritage, “Lucy” shouldn’t have trunks unless she were male. Though evidently, this didn’t matter.

Lucy Steps Into the 20th Century

Under the care of the Gertzen family, Lucy’s function evolved beyond what Lafferty initially intended. Over the years, she served as a restaurant, business office, and cottage. She even was a tavern, though the kerosene lanterns and presence of alcohol inside a wooden structure proved a bad idea. Her tavern status was rescinded during the Prohibition era.

Regardless of what kind of place she was, Lucy proved popular throughout the 1900s. Featured prominently on postcards and souvenirs, she continued to attract hoards of people throughout the mid-century era.

By the 1960s, however, Lucy was in need of repairs. Unfortunately, the Gertzen family didn’t have the funds necessary for fixing her. Lucy was therefore slated for demolition in 1969.

Luckily, Lucy’s demolition date never came. A group of concerned citizens banded together under the “Save Lucy Committee” to raise money for the reconstruction project. In just under 30 days, they succeeded, and Lucy was saved. As a result, the Gertzens donated Lucy to the Committee, which continues to run the pachyderm figure today. 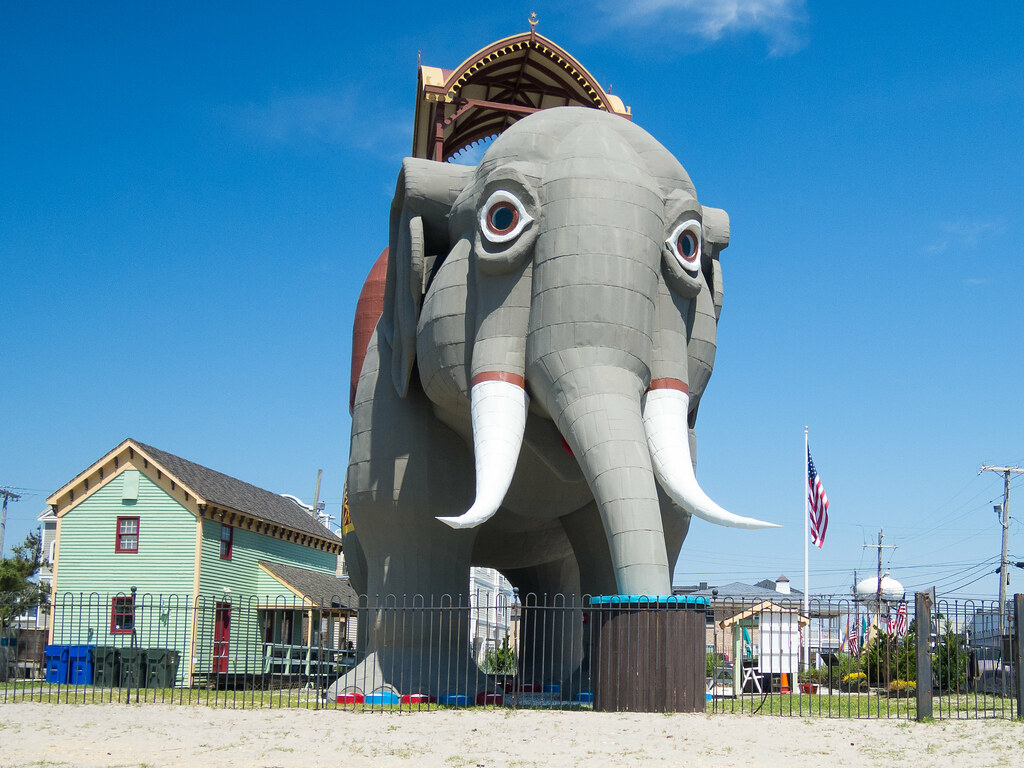 On July 20, 1970, workers transported Lucy to her present-day spot in Margate City where she had plenty of time and space for her repairs. She remained closed until 1974. At her unveiling, the public saw that her wooden frame had been buttressed by new steel, and the howdah on her back had been replaced.

Newly restored, Lucy continued to operate as a unique tourist attraction. On May 11, 1976, in order to ensure she would always be preserved, Lucy was officially registered as a National Historic Landmark under the National Park Service. Coincidentally, this was also the same year of the U.S.’s bicentennial.

Lucy’s popularity continues unabated today. Drawn to her size, nearly 130,000 visitors ascend the stairs in her legs to learn more about this curious roadside monument.

Additionally, visitors can celebrate Lucy’s birthday every Saturday closest to July 20, the anniversary of her move. This past July 17 marked her 140th birthday. Combined with her novel appearance, this makes Lucy America’s oldest surviving form of zoomorphic architecture, as well as the country’s oldest surviving roadside attraction.

Having reclaimed her roadside attraction status, Lucy is open to all visitors yearly. Guided tours and school sponsored field trips educate people of all ages as to the attraction’s features and history. The nearby gift shop also gives visitors a chance to bring home something to remember the attraction by. In addition to this, Lucy has also begun allowing overnight stays and was listed on Airbnb on Feb. 27, 2020. This marks the first time she has become a place of respite since the early 1900s. More information about her visiting hours and activities can be found at her website. 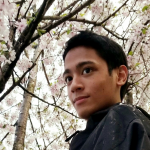 Radkey: Three Cool Cats That Are the Next Big Thing in Rock