South Orange, NJ-born and bred artist Rich Tu has come a long way since art was just a passion of his. Currently working on the design team for Nike in Portland, OR, Tu has exhibited his work at galleries and festivals in New York City, Los Angeles, Berlin, and Miami. Working in everything from editorial illustration and design to animation and logo branding, his clients include The New York Times, The New Yorker, BusinessWeek, XXL Magazine, Bombay Sapphire, G-Shock, Converse, NPR, North Face, Coca-Cola, Verizon, Fuse TV, Bravo TV, among other magazines and clothing companies. He has also received the exclusive “Young Guns” award from the Art Directors Club. We caught up with Tu while he was back home in Jersey for the holidays, and talked about his most recent work at the Ani Ramen Houses of Montclair and soon to be Jersey City. Though he has received much recognition as an artist, Tu didn’t start out in the art field. After studying Communication Psychology as an undergrad at Rutgers New Brunswick, Tu wanted to pursue a more creative field, something that had been a force in his life forever. He changed his whole path by going to graduate school at the School of Visual Arts in Chelsea for their prestigious Illustration as Visual Essay program, while taking night classes on the side to build up his portfolio. He started his career journey just 10 years ago, with his first paid job as an editorial illustrator for the New York Times. Soon after, Tu had jobs with companies like BusinessWeek, The New Yorker, and other magazines including Shepard Fairey’s magazine, Swindle. “I started sticking around the whole creative theme, doing a lot of editorial work for magazines, then started doing advertising work freelancing at agencies. I would always flip around, freelancing for a year, then being on staff for a year, and alternating. Right now I’m in my staff, full-time job moment.” Artwork for The New Yorker @richtu.com

While home for the holidays, Tu had the opportunity to do a large-scale mural for the new Ani Ramen restaurant opening in Jersey City. Knowing the owners since high school, this is the second mural he has done for the family-owned ramen house, the first being in Montclair. “They are some of those friends that have stuck around, and your spheres of influences just relate to each other in adulthood,” Tu explained. “So when they opened up the Montclair spot, they were talking for awhile about the idea of working on a mural. When the restaurant came up in 2014, the space was perfect, and I had wanted to do a large-scale mural for the challenge. He gave me access to the space [in Montclair] while they were contracting it and I was just there held up in the space for like a week working on it. During the day I was working at NBC Universal on website redesigns at “30 Rock,” living in Brooklyn, then I’d go to New Jersey at night and work until like 2 a.m.” He explained that the aesthetic in Montclair was a simple black wall, with white lines on top for a pure visual approach, all being based around a combination of an East-meets-West, old-meets-new vibe, as well as telling the story of the family that owns the restaurants. In Montclair, the mural is based around a generational story, with the owner’s three sons in it. In Jersey City [to be open soon] there is the same aesthetic and a similar thought, but with a more of a nightlife vibe. “Because there’s a little more space, the restaurant will be more playful and have a bunch of different cultural references and details. I’m kind of a nerd and like to geek out on stuff. I give myself a structure to work in, then add in all those little details. The slippers that are hanging from the wire [in Montclair] is a reference to when kids throw sneakers up onto telephone wires. It’s stuff like that, things that are familiar then flipping them on their head a little bit.” Tu also expressed how pleased he is as an artist with Garden State roots about the art scene taking over Jersey City. From restaurants to street murals, the Hudson County town has taken on art in every form, and makes it fit in perfectly with the brick walls of the city, something he believes wouldn’t work in some other towns around the area. “I feel like Jersey City is very cultural, you can find a bigger mix and a bigger variety there. If people did do [street art] in other places, they’d be tried.”

You can catch Rich Tu’s work in both the Ani Ramen House of Montclair, and Jersey City, opening at the end of this month. 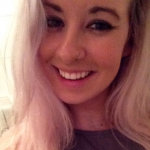 Wellness Wednesdays To Boost Your Health In Hoboken