A Guide to The Historic Waterloo Village in New Jersey

Nestled between the Allamuchy and Schooley’s Mountains sits a village steeped in history. The Historic Waterloo Village was developed on the banks of the Morris Canal in New Jersey in the 19th century. Today, this restored canal village is complete with a working gristmill, general store, blacksmith shop, museum, and historic houses. A trip here offers many recreational opportunities thanks to its placement at the center of several miles of NJ state park property.

With hundreds of years of history and acres of land to explore, the Waterloo Village in New Jersey is a sight to return to again and again. You’ll learn something new every time you visit. Read on for a complete guide as you plan your next journey to Byram Township, NJ.

The village dates back to the Munsee (Lenape) Indigenous people who inhabited northern New Jersey before its colonization. The group made use of the rich natural resources and abundance of landscape and waterways; the Lenape thrived during this time. However, upon the arrival of European fur traders in the mid-1600s and their eventual move westward, the area became a hub for copper mining and trade.

William Allen and Joseph Turner established the Andover Iron Works in 1760 in a secluded frontier area. Several thousand acres of wooded land, a furnace, and a forge comprised the area. The force of the nearby Musconetcong River powered water wheels which helped the forge operate heavy trip hammers to pound strong iron. Loyalists during the American Revolutionary War, the pair refused to produce pig and bar iron for the American government. However, their efforts were to no avail. The American government eventually took over the operation of the Iron Works. History says that a partial owner’s relationship with George and Martha Washington ceased the business’ complete confiscation. 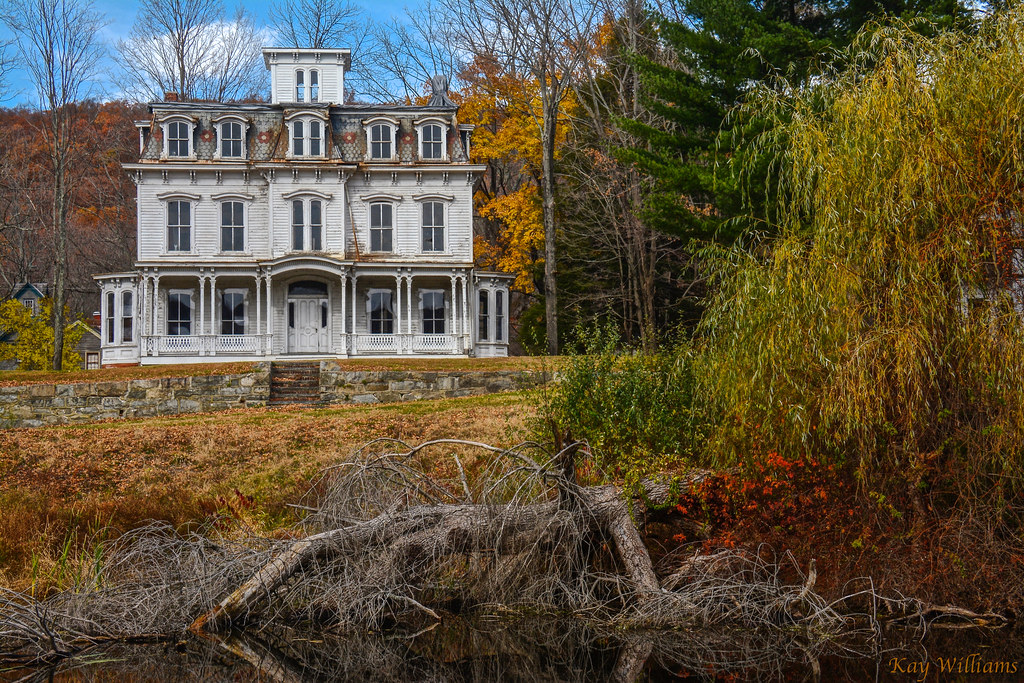 At the start of the 19th century, General John Smith purchased plots in Byram and Roxbury townships. Iron mining from the 18th century left a deforested landscape perfect for farming. The Smith family concentrated their efforts upriver, where Lubbers Run meets the Musconetcong River.

By 1831, Smith owned over 2,000 acres of land. The Morris Canal, running from Phillipsburg to Jersey City, was completed the same year. As a result, the Morris Canal and Banking Company needed access through Smith’s property at Old Andover Forge. The value of the land skyrocketed, and new business operations developed—ranging from a mule railroad to canal boat transportation.

For nearly 100 years, teams of mules would pull canal boats through Waterloo Village. About 90 feet long, the crafts could carry up to 70 tons of coal and cargo. However, the journey between Phillipsburg and Jersey City was not an easy feat, as rough terrain and elevation changes made the trip arduous. As a result, a cable railway system carried the hinged boats in cradle cars, allowing the workers to raise or lower the vessels up to 100 feet at a time from one section of the canal to another. This system gave the Morris Canal and the world-famous inclined plane system its nickname: “Mountain Climbing Canal.”

Sometime between 1840 and 1860, the Smiths changed the region’s name from Andover Forge Farm to Waterloo. In 1843, Smith consolidated his 943 acres of Waterloo land and sold it to his two youngest sons, Nathan and Peter. During this time—and thanks to the Morris Canal—the waterfront area became the center for industry and commerce. Aware of the growing community, the brothers developed housing in Waterloo. A schoolhouse, hotel and tavern, general store, and the Waterloo Methodist Church arose from the brothers’ efforts. 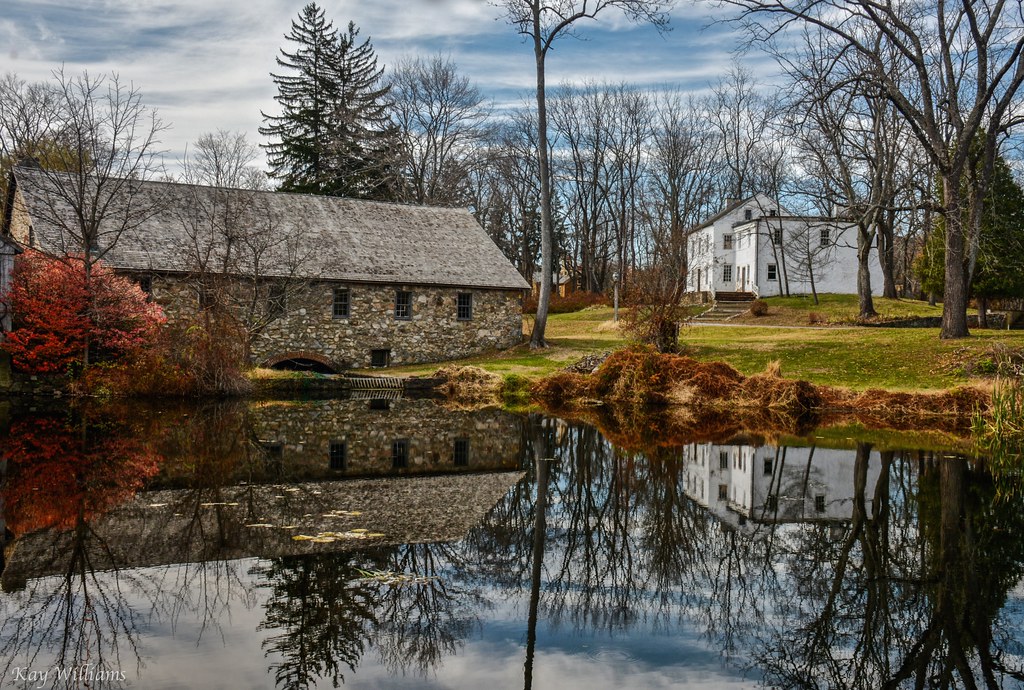 In the latter half of the 20th century, Waterloo transformed from a rather quiet residential area into a tourist destination. The varied architecture, array of antiques, rich wildlife, and blooming foliage encompass the village’s allure.

The Waterloo Village is a piece of history firmly rooted in the Upper Delaware River Valley. The land is surrounded by thousands of acres of wooded forests, rivers and streams, mountains and stone cliffs, and wildlife. If you’re in need of disconnecting from this technology-marred world, consider visiting Waterloo Village.

Created to help visualize the past, the Lenape Village is located on an island in Waterloo Lake. In need of an outdoor adventure and want to experience a gentler way of life? You’re in luck! The Lenape Village transports you to life 400 years in the past. Fishing, hunting, and cooking areas dot the land. Learn about native gardening, longhouses, trading, and Lenape traditions in Winakung—“Place of Sassafras”—home of thousands of years of Indigenous history.

Held annually in late June or early July, the Waterloo Canal Day is a two-day music festival. The event raises money to restore the historic buildings at Waterloo. Building tours, artisan exhibits, and craft demonstrations take you back to those simpler 19th-century days.

Every September, an environmental festival brings the community together through local food, music, arts, and history. Live music played by New Jersey musicians takes center stage, although the event is a “celebration of all things local,” according to a New Jersey Highlands Coalition spokesperson.

If you’re making the trip to the Waterloo Village in New Jersey, why not take an extended day trip and visit some of the surrounding attractions? Here are our picks for must-visits.

If you’re looking for a more adventurous trip than the laid-back 19th-century vibes at Waterloo Village, Wild West City is a short drive away. This theme park brings the old west back to life. Based on 1880s Dodge City, Kansas, the park recreates real-life western characters, legendary events, and a frontier town. The park offers a 24-gauge miniature train ride, stagecoach, and pony ride. Partake in western life by panning for gold, visiting the barnyard, and talking to historic townsfolk and tradespeople.

Schooley’s Mountain County Park is open daily from sunrise to sunset. You can hike the trails on any given day, enjoy a leisurely fishing day along Lake George, or enjoy a picnic lunch on a grassy hill overlooking the lake.

Need more than a day to explore the Waterloo Village and surrounding New Jersey areas? Stay the weekend at Whistling Swan Inn, a Victorian-era bed and breakfast. After a long day of wandering, relax in your featherbed or sip some tea on the wrap-around porch.

Waterloo Park is open from dusk until dawn. Admission is free unless one of the special events requires a fee. For the most up-to-date information regarding the Historic Waterloo Village in New Jersey, visit the site’s Facebook and Instagram.