A Guide to Every New Jersey National Park Site

The Delaware Water Gap National Recreation Area also boasts an ancient, sacred history. According to the National Park Service, it’s home to several Native American archeological locations, as well as exhibiting evidence of Paleo-Indian culture, the oldest in the Americas. Along the New Jersey side of the area stand remnants of 18th and 19th-century villages. Additionally, early Dutch settlements and French and Indian War battlegrounds peek out between the foliage.

The area has proven immensely popular. According to the NPS’s statistics, in 2020, the Delaware Water Gap National Recreation Area was the 10th most visited national park site, clocking in 4.1 million recreational visits. As with a majority of national park sites, there is no entrance fee. There are, however, certain fees for parking and attending other activities such as picnicking. Certain recreation activities require permits, too.

Another recreation area, this scenic tourist attraction is home to 26,607 acres of coastal attractions. New Jersey visitors enter through its Monmouth County entrance. Both New Jersey and the New York Boroughs of Queens, Brooklyn and Staten Island share the Gateway National Recreation Area. Due to this closeness to urban centers, the park features many activities uncommon to urban lifestyles, such as ocean swimming, bird watching, boating, hiking and camping.

Gateway National Recreation Area contains three “units” shared between the two states. The Jamaica Bay Unit is located in Queens and Brooklyn and features such sights as Floyd Bennett Field and Canarsie Pier. The Staten Island Unit hosts Fort Wadsworth and Great Kills Park. Finally, New Jersey’s portion of the area centers around the final unit, Sandy Hook, meaning visitors can enjoy the location’s many beachside amenities. They can also visit Fort Hancock, one of the nation’s coastal defenses from the late 1800s.

Gateway is also one of the NPS’s most visited destinations with an average of 10 million visitors each year. In 2020, 8.4 million people visited the park.

The Gateway is open year-round, though due to COVID-19 concerns, all offices are closed until further notice. Their Facebook page has more information.

Morristown National Historical Park is the place where the U.S. survived. It preserves three encampments: Ford Mansion, Fort Nonsense and Jockey Hollow. During the Revolutionary War, these were the makeshift homes of General George Washington’s Continental Army during the winters of 1777, 1779 and 1780. 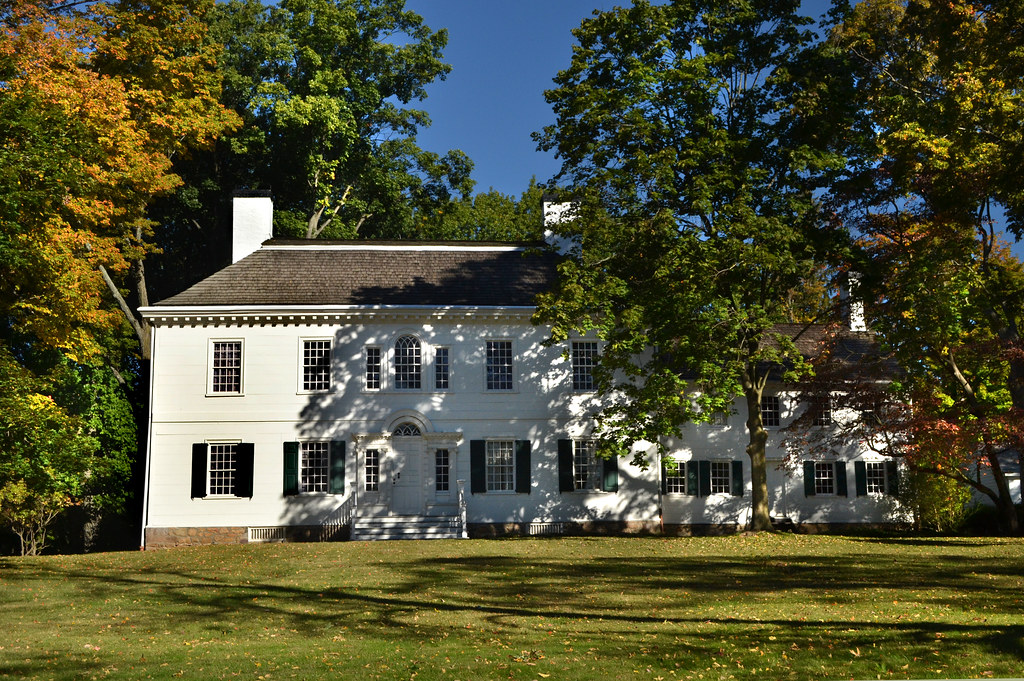 The park celebrates this history throughout its 1,676 acres. Visitors can take a three-mile tour through the old battlements. In addition, they can see an 18th-century farm and reconstructed soldier huts. The three encampments have been transformed into museums and preserved land, too. Outside of the historical angle, the park offers 27 miles of hiking trails, biking routes, bird watching, and 10.5 designated miles for horseback riding.

The park is open all year except for Thanksgiving Day and Christmas. Visit the park’s Facebook page for more information.

At over 2,180 miles long, the Appalachian National Scenic Trail cuts through 14 states. It enters New Jersey through the Delaware Water Gap, stretching across 72 miles of hiking trails. The trail first opened in 1937.  Later, it became the first National Scenic Trail in 1968. Federal and state jurisdiction protects the trail’s territory. Meanwhile, more than 4,000 volunteers help manage it.

While the trail is open yearly to everyone, due to concerns over COVID-19, certain restrictions apply. The Appalachian National Scenic Trail encourages long-distance hiking, especially for those who have received their COVID-19 vaccine. It also recommends that visitors wear masks to reduce the spread of the virus.

Working alongside national icons such as the Statue of Liberty and Liberty State Park, Ellis Island functions as the third member of the so-called “Historic Trilogy” of the immigration narrative. From 1892 to 1924, it processed nearly 12 million immigrants on their way to starting a new life in the U.S. It is part of the Statue of Liberty National Monument, which itself is part of the National Parks Service. 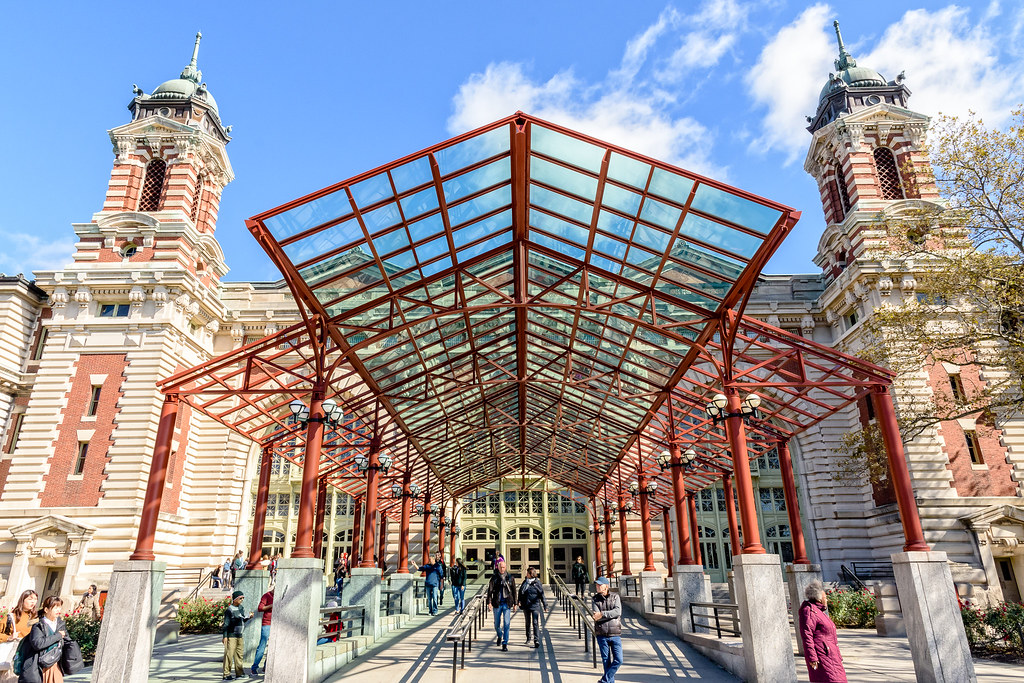 After it was decommissioned, the island became home to the Ellis Island Immigration Museum in 1990. Park-goers can take a ferry from Liberty State Park to get to the Museum, where they can learn about America’s history of immigration.

The museum is open, but due to COVID concerns, certain faculties are restricted. The monument’s Facebook page shares information about available services.

The Great Egg Harbor River is found in southern New Jersey near Berlin. It covers roughly 129 miles of waterways, passing through the Pinelands National Reserve. In doing so, it moves through four New Jersey counties and twelve municipalities. Consequently, this means that local administrations, as opposed to the whole National Park Service, manage its conditions and facilities.

All those waterways allow visitors to enjoy boating, fishing and kayaking. Furthermore, they can stop by nearby attractions. These include the Cape May National Wildlife Reserve, the Maurice National Scenic & Recreational River, and several Atlantic City Parks. Other park-going activities include hiking, camping, bird-watching, star-gazing and more.

The New Jersey Pinelands National Reserve has the distinction of being the nation’s first National Reserve. Established in 1978, it stretches for more than one million acres through seven of New Jersey’s southern counties. Forests, blueberry fields, cranberry bogs and more populate its landscape.

The vast ecosystem and dense forests are supposedly home to New Jersey’s most famous cryptid: the Jersey Devil. Additionally, the Pine Barrens themselves have been the focus of numerous preservation efforts since the reserve’s inception. 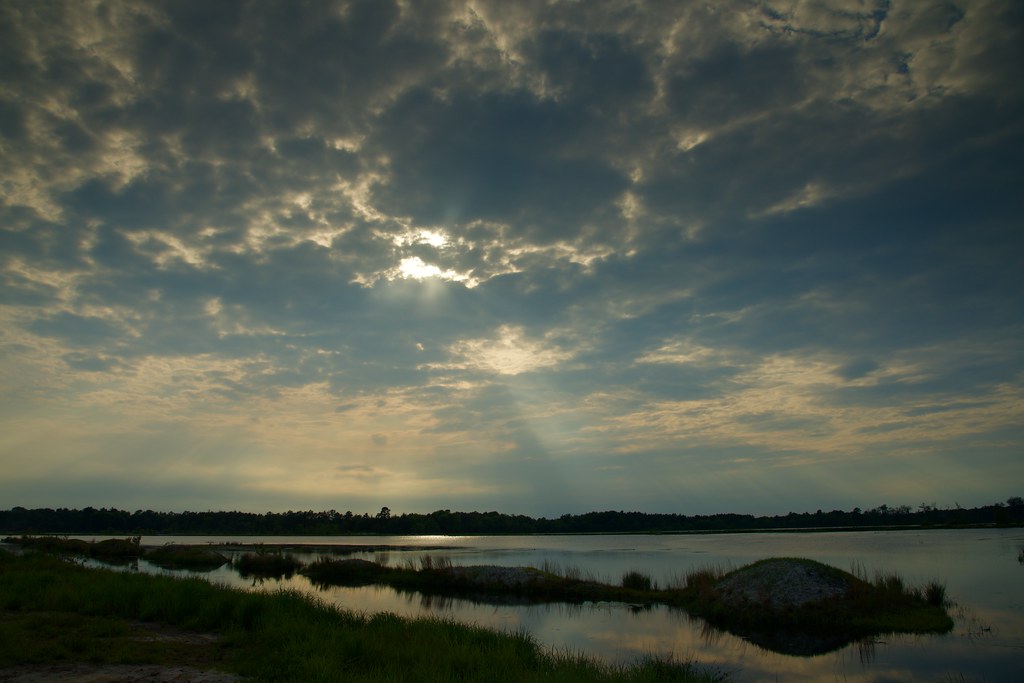 The Lower Delaware National Wild and Scenic River system takes up 38.9 miles of the Delaware River. A variety of access points allow one to travel the river in numerous ways, either by trail, car or boat.

The Lower Delaware National Wild and Scenic River park system has its own Facebook and website. More information can be found on both.

Located in West Orange, NJ, Thomas Edison’s home and laboratory have been converted into the Thomas Edison National Historical Park. Travelers can tour the Laboratory Complex and Glenmont Estate grounds. In the former, exhibits abound about Edison’s experiments in chemistry, photography, electricity and other disciplines.

Due to COVID-19 guidelines, the park must enforce limited occupancy. As a result, several facilities and buildings are unfortunately closed off. Luckily, the park offers several virtual options via a cell phone app.

The park’s Facebook page contains more information about its developments.

The waterfall from which the Paterson Great Falls National Historical Park derives its name flows from the Passaic River in Paterson, NJ. It stands at 77 feet, making it one of the nation’s largest waterfalls. It became a National Nature Landmark in 1967. Later on, it received the Historical Civil Engineering Landmark distinction in 1977. Finally, it entered the National Park Service in 2009. 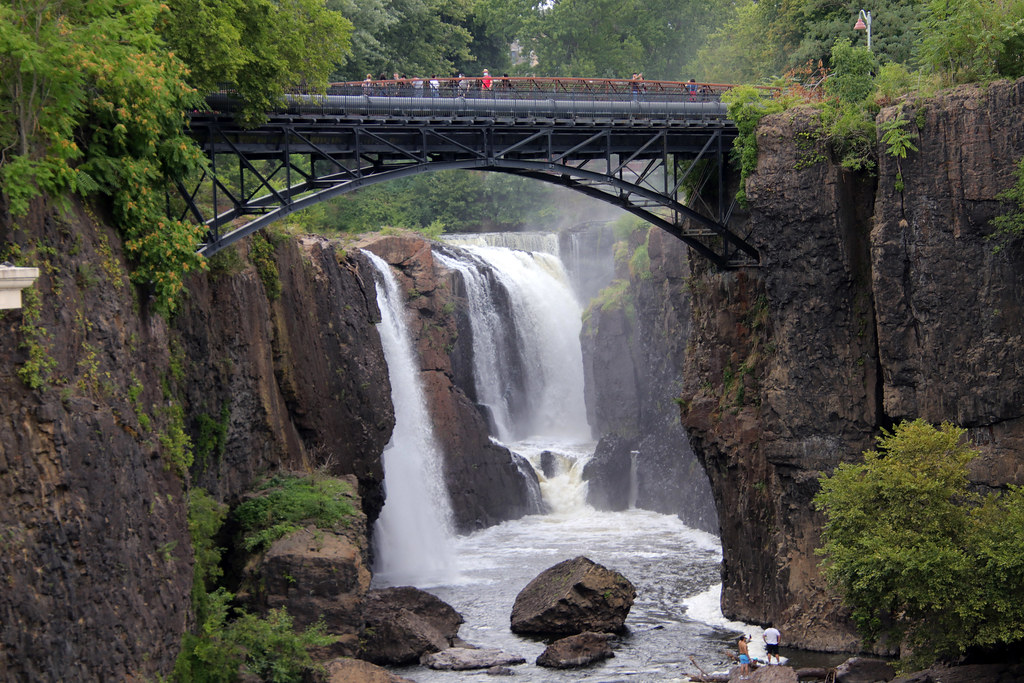 The Great Falls’ location is especially important, as Paterson was the U.S.’s first-planned industrial city. The water that came from the river and the waterfall powered the city’s burgeoning industrial complex. Today, a hydroelectric plant functions downstream.

Moreover, the Great Falls makes for a great tourist attraction. Park rangers and guide volunteers take visitors on a guided tour, teaching them about the history of the park, its connection to Paterson and the current state of its waterfall. Reservations to any of these programs must be made at least two weeks in advance. Additionally, due to COVID-19 concerns, the tour size caps at 35 individuals, and the accompanying Paterson Museum is unfortunately closed until further notice.

A National Historic Trail spanning 680 miles, the Washington-Rochambeau Revolutionary Route allows visitors the chance to literally walk alongside early American history. The route travels down the same roads that French General Rochambeau’s army walked on their way to join Washington’s Continental Army in Yorktown, Virginia. It received the National Historic Trail designation in 2009. It is also open year-round.

The New Jersey portion of the route carries people through the majority of counties in Northern and Central Jersey. Interactive exhibits and signs detail the significance of the French alliance with America during the Revolutionary War. Coupled with this, visitors can walk the trail or drive along it. They may pass through the Morristown National Historical Park and the Old Barracks in Trenton.

More information can be found here.

Have you visited any of these National Park sites in New Jersey? Let us know in the comments below!

No such place as Orange County, NJ. Its Essex County.