Where to Practice Yoga in Hoboken and Jersey City As avid practitioners may have told you, yoga has a multitude of benefits. It can be especially helpful for managing stress and anxiety. This is thanks to the practice’s focus on your breath. These breathing exercises guide your body’s movement, whilst keeping your mind in harmony. The ongoing COVID-19 pandemic is a stressful situation in and of itself. With schools and offices opening back up, you may be likely to face more stress soon. Yoga can be practiced solo or with your family. Tackle your worries head-on by indulging in at-home or socially distanced yoga in Hoboken and Jersey City.

Although the days of crowded and sweaty yoga spaces may not be in our near future, local studios are currently offering a variety of safe ways to attend their classes. Whether you’re looking for a way to remain productive at home or stay active, yoga is a great practice to learn (or relearn) after a long quarantined hiatus.

Hoboken’s Hudson Yoga Project was founded by Patrick Franco.  Hudson Yoga Project teaches ‘Peak Pose Yoga’ classes. The classes are specifically sequenced to prepare students and their bodies to practice a target pose. This allows students to truly understand a posture before attempting it.

Hudson Yoga Project is currently offering both virtual classes and outdoor classes. They are offering outdoor yoga in Hoboken at Pier A Park or the 14th Street Viaduct. You can find their schedule here.

Pavana Yoga Studios was founded by Danielle Baldisserotto. They were nominated as the best yoga studio in Hoboken for 2016, 2017 and 2018. In May of 2020, they partnered with Tom’s of Maine for their #naturenurtures campaign.

Look at that view! Have you taken class with us at Pier A? Grab a friend & come join us! Classes are kept small with 6 ft between all students and class is held in the shade on the hot sunny days to keep you cool 😎 This weekend classes 8/14 Friday 8am w/ Malka 8/15 Saturday 9am w/ Autumn 8/16 Sunday 9am w/ Malka Pre-Registration is required head to link in bio to sign up. 💙 Hope to see you there!! 📸 @someshellyphotography

Jerry LePore founded Hudson County’s Powerflow Yoga in 2008. He first discovered the benefits of yoga while undergoing treatment for Hairy Cell Leukemia. His studios are grounded in “authenticity, mindfulness, intention and community.”

Powerflow Yoga provides a safe space for their students. They are currently teaching classes via Zoom and outside most of their seven locations, including their Jersey City studio. Their Hoboken studio is also open for hot yoga classes.

Honor Yoga of Hoboken has reopened its doors for in-studio classes. You can also virtually participate in classes via live stream. Outdoor yoga in Hoboken outside of the Monroe Center, Photo courtesy of @honoryogahobokennj

Surya Yoga Academy has been offering classes in New Jersey since 2002. They usually teach a wide range of classes, from barre to prenatal yoga. Their studios specialize in hot yoga.

Surya Yoga Academy has invited students to practice outdoors in Maxwell Park, at Pier A, or at 10 Provost Street in Jersey City. They are also offering classes via live stream, and their Jersey City location is open for indoor hot yoga.

Beloved World Yoga teaches a variety of styles. They have ‘Fundamentals’ classes that focus on exploring postures. Beginners and those who would like to strengthen the foundation of their practice will find these classes ideal. They also offer specialized classes, like chakra or candlelit flows. Coming off of a strong virtual workout program, Base is a fully-equipped and ready to reopen. This gym that offers personal training and group classes, as well as membership rates are discounted for their seventh-anniversary sale. They offer childcare and serve juices, smoothies and locally made foods at their BaseBar. They are also teaching yoga and other fitness group classes on their outdoor patio.

This studio offers both meditation and yoga classes. They even have a class with a live DJ! Asana Soul Practice is open for yoga in Hoboken and Jersey City at their two studio locations. They host outdoor classes and are live streaming, too. There is also a library of on-demand classes available for purchase on their website. Sattva Yoga was founded by Karen Mandell who first began practicing yoga in 1998 while she was a fashion executive. She found the practice helpful in balancing her busy lifestyle. Karen later chose to teach as a means to share the benefits with others.

The Jersey City studio is open for classes of only six students, but they’re offering online classes, too. They also teach outdoor classes about six times each week. See the full list of their current classes here. 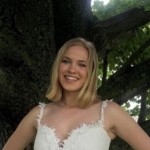 5 Reasons Every Millennial Should Try Golf

My Experience with Functional Medicine

Best Places to go Ice-Skating in NJ This...