Congratulations, you did it! You made it past the first line of defense in your new relationship: their friends. You’ve finally been deemed “pretty cool” by his lackluster crew in between Call of Duty matches, potentially even referred to by name instead of John’s girl. Or, maybe you’ve overcome relentless half-joking threats and interrogations from her girlfriends. Now comes the real challenge. Your proverbial Everest. So ignore the potty-trained cat, because it’s time to meet the parents.

Regardless of how much your boyfriend or girlfriend has talked you up to their parents, they are still biologically programmed to find something about you they don’t like. So just like any other examination, start with preparation.

Your S.O. is your own personal resource into the minds of their original roommates. They know their likes and dislikes, and where past qualifiers have gone wrong. Don’t go rogue. Save the whole “being yourself” bit until after you’ve won them over. Basically, wait until your second Christmas before telling them you want a Pikachu onesie or a new Magic booster pack. Dress appropriately, and keep in mind who your target audience is. Don’t dress as if you were going to the club. Your potential in-law isn’t impressed by your Yeezys. He thinks they look stupid. And you won’t win over mom with your political stance written across your face mask. Pretend you’re going out to eat with gam-gam and you should be fine. This is one of the very few times when you should ride the fence or smile and nod. Be as honest as you can, but don’t lie. If you lie the first time you meet your S.O.’s family, you’re stuck with it for the foreseeable future. It’s a slippery slope. If her dad is a die-hard hunter and you’re a pacifist that’s afraid to say something, you may have to shoot Bambi’s mom in the future. Save a deer. Don’t lie. First impressions are paramount. Remember, firm handshakes without squeezing too tight; because not a single person alive has ever been impressed when you vice grip their fingers. No elbows on the table. Say please and thank you. Simple, right? Manners go a long way. Most importantly, keep your phone in your pocket for once and be present throughout the evening. This isn’t the time to check the waiver wire for free agents in your fantasy football league. Ladies and gentlemen, it’s always cool to care, and your S.O.’s parents agree. When in doubt, open a nice bottle to break the ice. Don’t be afraid of clichés. Tell them they have a lovely home, compliment the meal if it was homemade and pay for it if it wasn’t. Don’t shy away from making jokes! Everyone loves a good joke, and dads love bad jokes, so either way, it’s a win. If you want to tell a story in which you’re the hero, make sure you follow up with something embarrassing. So have a drink and take the edge off. (Just don’t rescue yourself too much.)

Being a girl-dad myself, take it from me; your girlfriend’s dad hates you without needing to meet you. I don’t care if you’re a genius prodigy that lived up to his potential, or the recipient of a Nobel Peace Prize. He’ll never think you’re good enough for his daughter, but he may eventually stop threatening you. That’s progress. So take a chill pill and have some patience. 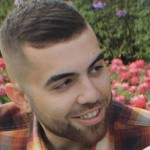 Daniel, Katie, and Other Names Most Likely...