On the southern-most peninsula strip of New Jersey lies a string of historic beachfront properties and hotels. One in particular has stood stalwart against the sands of time, overlooking the glistening waves of the Atlantic from the 19th century until this very day. 2016 brings with it a duality of significance for the Congress Hall Hotel Resort, as the “Summer White House” basks in the warmth of its bicentennial celebration amidst the year of an ongoing presidential race. In our country, daring enterprise is most often recognized as the only path to enduring large-scale success. This Cape May property is no exception, initially being lauded as a ‘folly’ of the original proprietor Thomas H. Hughes. At its inception in 1816, the oversized boarding house sported an American flag with merely fifteen stars, but both its’ legacy and that of our sovereign state were on an aligned path of manifest destiny. Within 12 years, with Hughes being elected to Congress, the name of the then ‘Big House’ was pertinently renamed to the current moniker of ‘Congress Hall.’

The beautiful retreat was not spared from misfortune, as it endured the surrounding tumult of several Native-American colonial wars as well as the American Civil War. Half a century after its’ prolific rise, the Congress Hall burned to the ground alongside many other neighboring hotel chains and businesses in an ill-restrained blaze referred to as Cape May’s Great Fire of 1878. Yet it was subsequently rebuilt, and while designers sought to maintain a traditional aesthetic, the structural integrity was built to persevere for the coming decades. And persevere it did for nearly another century until the industrial era brought with it the demolition of weathering antiquities of yesteryear.

During the 1970’s much of Cape May’s older properties were being condemned, abandoned or acquired for demolition by modernizing real-estate ventures. Fortunately, this property was acquired by someone who didn’t want to dissolve tradition, but rather preserve it. Rev. Carl McIntire held on to the hotel’s rights until passing the responsibility of its’ continuity on to none other than his grandchildren, Curtis and Colleen Bashaw. A twenty year endeavor to bring about the full restoration of Congress Hall to new found glory thus commenced.

Now, the results have come to fruition in the timeless testament that visiting residents take delight in today. With it, this bicentennial celebratory year brings a host of exciting events planned by the hotel for summer, including (but certainly not limited to) experiencing a ‘Carnival on the Lawn’ the night before Independence Day fireworks, a 50-year ‘Time Capsule’ contribution project and the Labor Day Weekend Music Festival. Alone or with family, this is going to be an inclusive, community-oriented year of patriotic elation. And if that alone wasn’t enough to pique an express interest in frequenting this summer, do note that as part of the bicentennial celebration, the hotel encourages prospective visitors to enter their 200-room giveaway sweepstakes, an ample opportunity to snag that ultimate beachside All-American summer bliss. Congress Hall shares more than a colloquialism with the nation’s governing bodies, but has been known to house them as well. Not only have many members of Congress took to vacationing in this abode, but so have five previous Presidents: Benjamin Harrison, Ulysses. S Grant, Chester Arthur, Franklin Pierce and James Buchanan. The first of which often frequented the property on summers like this as both a retreat and remote center of national affairs, hence him nicknaming it the “Summer White House.” In relevance to today, the giant presidential suite takes pride in the fact that the next president elect may be a welcomed guest of their property once again. Honored as one of the few elite and absolutely the longest enduring in mid-atlantic hotels, Congress Hall offers a fanciful blend of the quaint with the modern in terms of amenities and decorum. Wood-fire grills, metropolitan themed lounges rife with live entertainment and of course the stunning interior decoration of living-quarters all encompassed within the walls of a maintained Victorian-era exterior are just a taste of what to expect from this retreat. This summer, all guests of the residence are welcome to proudly wish a happy birthday to the United States and Congress Hall alike. 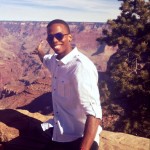