Coworking Spaces: Finding An Office That Works For You In this new economy, more people are finding work as freelancers, temp workers, and start-up entrepreneurs — by 2020, this group is supposed to make up 40 percent of the workforce. Welcome to the gig economy. Younger workers are eschewing the corporate lifestyle, companies are favoring freelancers, and the morning commute has become… passé. But, of course, every new trend has its drawbacks. Independent workers often lack the professional settings and amenities the rest of us commute to every morning. Instead of an office, they have a kitchen table or a seat in a cramped, crowded coffee shop. To remedy this, coworking spaces offer an alternative: a comfortable, professional space with access to the amenities (and coffee) that independent workers need to keep their careers on track.

Coworking spaces have proliferated in the last five years: there are about a dozen coworking options just in Manhattan, and another dozen in Hudson and Bergen Counties. To get a better grasp of what these spaces can offer, The Digest has done its research, conducted interviews, and spent a day working at AndCo, a local coworking space in Jersey City.

Over the past few years, larger coworking companies such as Regus and WeWork have been opening offices from here to Beijing. The purpose for this is two-fold: as a paying member you have access to all of their spaces, which is great if you have a meeting in Singapore or London; and having a plethora of branches broadens members’ networking options. WeWork, for example, has created an app that’s basically a LinkedIn exclusively for WeWork members.

This expansion is important because it underscores a change in the market. Coworking is no longer just for campus techies and indie photographers, it’s for accountants, architects, and growing companies, too. “We’re getting some people who have established companies outside of Jersey City,” explained Eric Silverman, co-founder and principal of Silverman Buildings, the real-estate developer which opened AndCo last year. “They see this area as really emerging and dynamic, so they want to have an office here.”

Coworking spaces are even more attractive when compared to the cost of leasing a whole office suite, and companies looking to open new branches are opting for these rentable alternatives.

“We had an inquiry yesterday for someone who wants space for 30 people, from a big company. And they want a big area with some break-out space,” Silverman added.

Just as the cost of an office building can vary widely, so too can the cost of renting in a cooperative. Having an office at AndCo can save hundreds of dollars a month, when compared to larger spaces, but AndCo is also more expensive than the bare-bones spaces popping up in renovated warehouses.

“One place I worked at in Bushwick, they found office chairs from a bunch of thrift stores so you’d have to get in early to get your chair and find a table that didn’t wobble,” explained Matt Legrace, a graphic designer who works from AndCo. “That part alone makes your day less productive. So having something so well designed, it feels like a coffee shop built for coworking.”

Low-budget spaces are great for freelancers right out of college. For $10/day you can have a private office in Kearny or a desk in Bushwick. You’ll have WiFi, a community, and networking opportunities, but don’t expect to impress your clients if they come in for a meeting.

Coworking spaces that offer additional services, like free language classes, guided meditation, and entrepreneur meet-ups, can cost twice as much as a low-budget space. But the benefits — and uniform furniture — are often worth the cost. “Those offices are not quite as beautiful,” said Silverman, speaking generally of other coworking spaces. He isn’t wrong. From the décor on the walls to the serenity of the meditation room, AndCo places a high value on crafting a space that’s both comfortable and professional. There’s bottomless coffee, a kitchen that might be a replica of your mother’s, and sleek conference rooms next to the architectural firms and accountants who occupy the back offices.

“A typical office building feels kind of suffocating, but this place, this feels great. It doesn’t feel suffocating at all.”

Regardless of what $300/month will get you, what these smaller spaces have in common is their focus on community. While having a desk at WeWork offers exclusive networking opportunities, it’s difficult to pin down a sense of community when you’re just one in a thousand spread out on five floors of Manhattan skyscraper.

The central space at AndCo has cafe-style tables, a bar with coffee and beer, a lounge area, and calm electronica in the background. It’s not just a work space with people hiding in the cozy speakeasy booths along the back wall — there are happy hours, handshakes, panel discussions, and co-workers collaborating throughout the day.

“I always refer to it as a hotel lobby — everyone’s meeting up, there’s a big bar where people can have coffee and afterwards have a beer and drinks,” said Silverman. “And we like to add as much programming as we can. We’ve also been donating the space to a lot of nonprofits in the after-hours. That brings a lot of people in here — political groups, a restaurant incubator, America Needs You, an arts council group.” Different coworking spaces will attract, or even cater to, specific professions. Larger, more expensive spaces are popular with law firms, established professionals, and the larger businesses that can afford the higher costs. There are even spaces exclusively for writers, and spaces popular with marketers and advertisers.

Many co-working spaces don’t concern themselves with curating a specific blend of trades; you can usually find journalists, architects, web designers, and financial advisers sharing the same pot of coffee. Both plans have their pros and cons. A freelance journalist isn’t going to network with a photographer in a space dedicated to writers, for example.

AndCo mixes it up. They have a wide array of professions in their offices, including nonprofits, but that doesn’t mean they don’t value the benefit of reaching out to complementary professions.

To fill the rest of their offices, Silverman mentioned he would be interested in professionals “similar to us, like more architects, graphic designers, urban planners, other engineers. It’s a collaborative thing: let’s say we’re building a building, and I have a quick structural question. I make a call, and we can meet in two minutes. It’s like having a really powerful team at your disposal.”

Check out our visit to AndCo at https://www.thedigestonline.com/lifestyle/day-coworking-andco-jersey-city/ 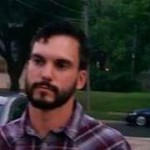