There’s an old saying that goes, “Travel is the only thing you buy that makes you richer.” An anthem to my road trip through the Southwest’s National Parks, it motivated me to step outside my comfort zone. And after visiting countries like Cambodia, Peru, and Austria years ago, experiencing the U.S.’s landscape was long overdue.

If you’ve visited any of New Jersey’s 12 National Parks, they may have inspired this sense of wanderlust. Whether you’re eager for a challenge, restless towards the mundane, or merely hoping for a change of pace, I cannot recommend this trip enough. Here is my road trip through the Southwest’s National Parks. And while I certainly didn’t return home richer in the conventional sense, the priceless memories offered a new type of affluence.

After landing in Phoenix, Arizona, our group traveled down Route 66 towards the Grand Canyon’s South Rim, arriving at the visitor’s center. Between the intense heat and altitude, one might assume hiking this behemoth would put a swift end to our adventure. However, the dry air and cool breeze––along with the early-morning start––made the hike a pleasant and breathtaking experience.

The Grand Canyon’s sloping passageways and arching cliff faces that stretched beyond the horizon, formed after millions of years of tectonic shifts and erosion from the Colorado River. We marched down the Bright Angel Trail’s nearly two-mile hike down the canyon. The winding dirt paths were narrow and, at times, eroded from water and rocks, making the ledges more ominous. Yet, any fear of heights was eased by the views, which stretched for miles in any direction. During the month of July, many tourists, including hikers of all ages, visit the Grand Canyon. Everyone was joined in solidarity by the sights and taxing heat, often pausing in the shade or perching on rocks. This resulted in a sense of community among visitors. To combat the heat, the trails offered checkpoints with running water, bathrooms, and shaded huts.

We completed the hike, descending over 1,000 feet below the Grand Canyon’s peak (and strenuously returning to the top). As wild ospreys soared among the gaping ravines below us, our group headed towards the next destination.

Weary from our hike, we arrived in Page, Arizona. A small town with a population of roughly 7,000 people, Page sits among the mountains near Lake Powell. Nearby are two hidden gems––Horseshoe Bend and the Antelope Slot Canyons. Our first destination was the Horseshoe Bend, a horseshoe-shaped bend in the Glen Canyon carved by the Colorado River.

To reach the site, visitors arrive at the parking lot and walk on foot. The trek is less than a mile on a mostly flat trail through the sandy desert. A popular destination, hundreds of tourists joined our group in marveling at the deep canyon. By the time we arrived, the sun was beginning to set, casting an orangey glow over Glen Canyon. The sand turned a warm red, contrasting with the Colorado River’s deep blue hues. We scaled the rocks, at times crawling on hands and knees towards the edge to snap the perfect picture (don’t tell my mother). It was a sight to behold––the sun’s rays dancing on the carved sandstone gorges.

The next morning, we left Page for a guided tour of the Lower Antelope Slot Canyons. A favorite of photographers and tourists, these slot canyons were carved over millions of years from rainwater erosion. On the surface, their deceptive appearance resembles a crack in the ground. However, they stretch 120 feet deep, creating mystical caverns, alcoves, and passageways.

The Antelope Slot Canyons rest on native Navajo land, guided by tribe members. Our group selected the lower tour, but visitors may also explore the upper canyons for their unique light beams.

We descended into the Lower Antelope Slot Canyons, scaling six flights until we reached the base. The air was cool, with the winding walls shading us from the hot desert sun. The trail would gravitate between large, open caverns and narrow slots. At times, the smooth, sculpted sandstone was barely wide enough to slip past.

The light reflected along the chiseled rock, illuminating the walkways in brilliant colors of orange and red. The ambient light, sandstone striations, and warping fins created a landscape unlike any other. Meanwhile, our tour guide explained the history of the canyons and their significance to the Navajo nation. After an hour of marveling at the slots, we returned to the surface.

After saying our goodbyes to Arizona, it was time to visit Moab, Utah. The terrain slowly changed from sandy desert to rocky mountains as we neared the city. A popular tourist attraction, Moab provided a great number of shops and restaurants, letting us refuel before our next adventure. Arches National Park sits directly outside the city. One of few National Parks to require a reservation, it was certainly worth the small fee. We collected maps from the visitor’s center and drove off to the respective sites.

The arches are spread throughout the miles-long park, requiring tourists to drive toward each trailhead. We visited Double Arch––a pair of arches positioned adjacent to one another. Near the Windows Arch trail, these arches are an easy walk from the parking lot. In the nearly 100-degree heat, our group was cautious about any strenuous hikes. If you’re interested in a challenge, however, the Delicate Arch hike is the most difficult and ends with Moab’s signature freestanding arch.

The Double Arch is 112 feet tall, carved by years of weather erosion. The view from its base was spectacular. Between its sheer size and carefully sculpted curvature, it felt surreal that such a creation occurred naturally.

Bryce Canyon is as close as one gets to visiting Mars. Bright red hoodoos––tall, thin spires of rock––erect around the park, each between five to 150 feet tall. Years ago, the Utah Paiutes, a Numic tribe that traditionally lived in the Great Basin, believed these large spires were “Evil Legend People” turned to stone by the powerful Coyote-Spirit. Today, roughly 1.5 million visitors a year hike to marvel at them. In fact, Bryce Canyon contains the greatest number of hoodoos on Earth. The crimson-colored rock formations cover the canyon, scattered throughout its border and basin. As we descended down the serpent-like Sunset Trail, they rose above our heads in a simultaneously eerie and magnificent sight. At the base, the land flattened to welcome trees and flowers, contrasting the bright red rock.

We saw plenty of wildlife, from small chipmunks to prairie dogs. While the hike was difficult at times, the cool air was a refreshing change from the desert heat we’d endured thus far.

To complete our road trip of the Southwest’s National Parks, we ended in Zion. Over the course of 150 million years, desert sand dunes turned to stone, rock layers uplifted, and rivers dried and reformed––creating Zion National Park. Its landscape felt almost prehistoric. Long ago, it was entirely covered by water. Today, the park’s sandstone cliffs reach an elevation of nearly 9,000 feet. For a look into the life of Jurassic Park, Zion is the perfect destination.

Returning to the scorching heat, our group selected The Narrows hike to appreciate the rocky canyons. A somewhat difficult trek, The Narrows are one of the most popular hikes at Zion because it requires travelers to walk through the cool, crisp mountain water. The hike begins at the base of the Virgin River. With no true destination, explorers can trudge over 20-miles through the river and experience the changing landscape of sandstone cliffs and waterfalls. While the first few legs of the trip are completed in ankle-to-knee-deep water, adventurers may find themselves wading or swimming through parts of the refreshing Virgin River.

This walk was densely populated, with visitors of all ages itching to escape the heat. The canyon walls rose from either side of the rushing water. On either side of the river, small beaches offered tourists a break from the uneven footing. We hiked for about three hours, eventually growing weary and returning to the shuttle.

At night, we returned to the park. Aside from Springdale, a small town outside of Zion National Park, there is very little civilization––making it one of the best places to stargaze. We drove through the canyons, finding the perfect spot along the road to step out. The only thing surrounding us was darkness and the sound of scuffling critters in the distance.

The sky was a planetarium. The Milky Way shone faintly among the hundreds of glittering lights. In the short time we spent, I counted three shooting stars. Had a small fox not appeared by the car, warning us that our time was up, we may have sat there all night.

Each National Park was distinct, carrying its own wondrous views and historical significance. In a similar sense, the towns we stayed in, roads we traveled along, and people we met had their own stories and experiences that only further added to our perspective of the Southwest. From open valleys with bison farms to Papa Joe’s Area 51 gas station––to driving 190 miles on a single highway and learning the hard way what a sun devil is––there was a new sight at every turn.

If you’re interested in the history of these wonderful National Parks––like seeing 1,000-year-old petroglyphs carved into sandstone from native tribes––or if you simply want to experience the awe of nature, these destinations are worth the hike.

Have you hiked any National Parks in the Southwest? Tell us about it in the comments below! 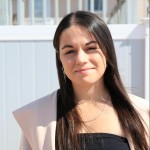 Blockchain in Charge: Hot to Pick a Supplier of Crypto Casino Software