The Gates of Hell: New Jersey Truth or Tale?

New Jersey is brimming with urban legends. From the Jersey Devil to the Sussex Sea Serpent, supernatural tales are central to the Garden State’s culture. Whether they’re real or not,  generations of New Jersey residents have passed down these local stories, adding a layer of eerie uncertainty to the surrounding areas. One such legend, located in Clifton behind the old Black Prince Distillery, is the perfect place to test your courage–the Gates of Hell.

The Gates of Hell is a tunnel drainage system originally constructed to divert the Weasel Brook stream’s runoff during heavy storms. During intense rainfall, the tunnels would rapidly become torrents of water. However, the town has since closed these sewers due to alleged supernatural occurrences.

Reports of strange whispering, clanging noises, sacrificial bones and a portal to Hell are among the rumors that caused its shutdown. The most infamous lore is that the Gates of Hell leads to the Devil himself, ensuring that the faint of heart never stray too close. 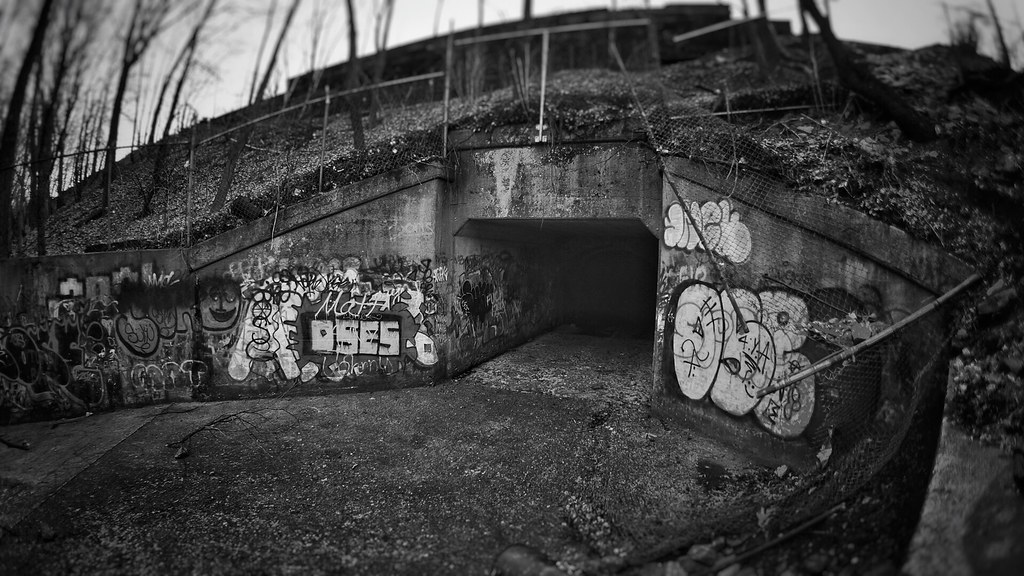 The series of underground sewers are eight feet high, surrounded by arched stone walls. Differentiating from the rest of the storm tunnels, the Gates of Hell welcome daredevils through a square, stone threshold. Adding to its ominous appearance, water never flows through it, despite coursing through other adjacent drains. Instead, satanic graffiti stains the dry cavern walls, only visible with a flashlight. Carcasses and upside-down crosses create an ominous decor that spooks even the most courageous guests.

Through the gateway, there are nine layers of tunnel systems, uncomfortably similar to the nine circles of Hell cited in Dante’s “Inferno.” The further down visitors travel, the greater their chances for a devilish encounter. While some tales are brushed off as mere folklore, the location has notably been the site of drownings, sacrifices and KKK meetings. 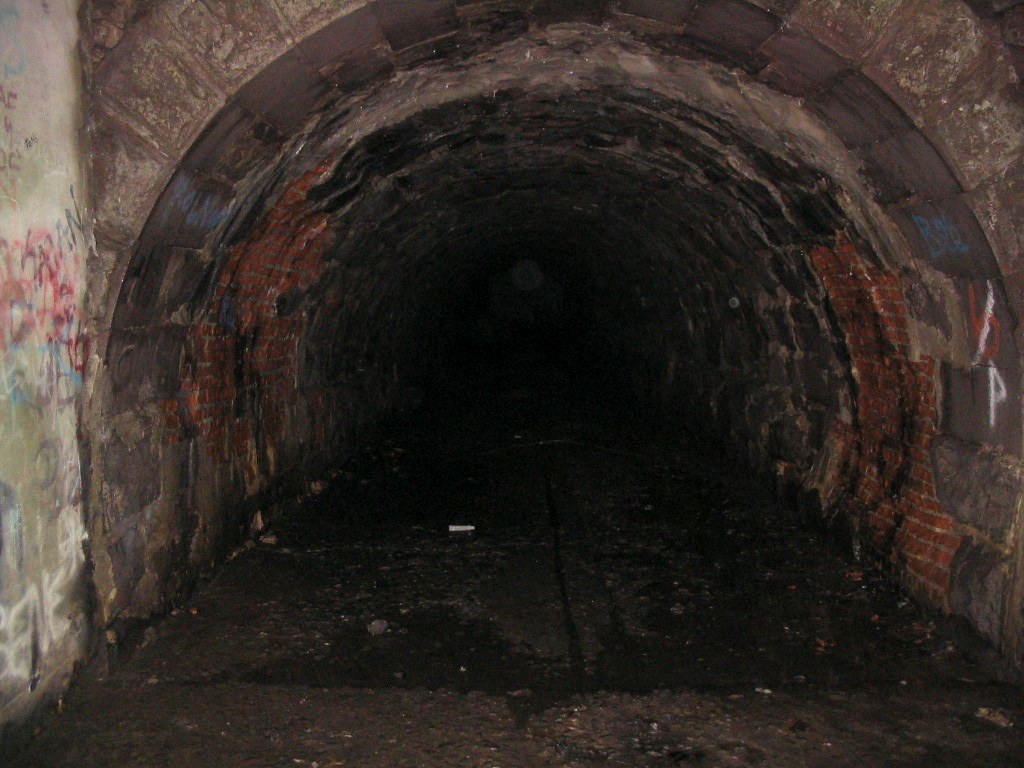 If the winding corridors and twisted labyrinth weren’t enough to dissuade adventurers, the Gates of Hell has another, darker secret. Rumors claim that hundreds of feet below the surface, the Devil himself awaits worthy travelers. However, knocking on Hell’s door is more difficult than simply braving the foul-smelling sewer system.

You must complete seven trials before receiving access to the mysterious antechamber. This includes lifting enormous, thousand-pound axes that barricade the door. Allegedly, upon entering the chamber, explorers must plunge deeper into the caverns. Finally, a glowing human skull welcomes them, signaling they’ve reached the end—allegedly.

Aside from the Devil and his trials, the Gates of Hell are guarded by a shrouded creature, nicknamed Red Eyed Mike. Rumors of knocking or clunking sounds are attributed to this guardian. Local legends claim that should someone knock on the railroad ties above the entrance three times, they’ll hear a horn-like sound echoing through the tunnels.

Interestingly enough, Red Eyed Mike’s presence is meant to calm onlookers, protecting them as they search the drains. However, visitors should remain wary, as the creature may soon turn on you. Mimicking group members, making creepy noises, and throwing rocks are among the many pranks committed by Red Eyed Mike. Though generally harmless, the creature can make even the most daring turn tail. 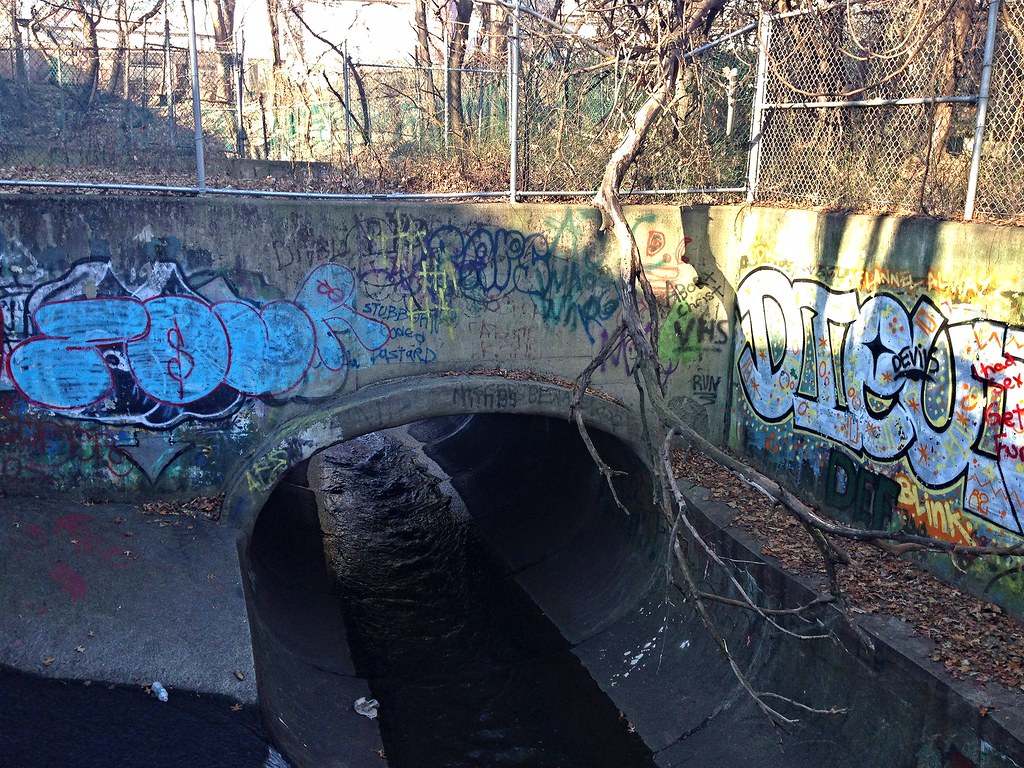 Many reports of horn sounds, hurling rocks and shadowy figures continue to circulate. Even today, catastrophic events persist. In 2017, rescuers saved an explorer who fell 20 feet, landing in a remote section of the unforgiving tunnels. The sewer system is tainted by many similar reports of injuries and drownings. Whether or not the Devil himself resides in the Gates of Hell, the dark dungeons speak for themselves.

Without a doubt, the Gates of Hell is a treacherous place. Often requiring ladders or steep jumps to descend into its depths, the structure alone is dangerous. Should the rumors of its hidden evils prove true, its risks become sinister.

However, if the urban legends and reputation of these murky drainage systems only pique your interest, just remember—talk of the devil, and he will appear.

Have you ventured into the Gates of Hell? Let us know in the comments below!

Keeping Your Children Healthy Through the Summer

Well written article! One of these days I’ll attempt this journey.