For many, summer means fishing by your favorite New Jersey shoreline, jumping into the ocean, or kayaking along the Delaware river canals. Watersports and shoreline activities are the best ways to really enjoy the Garden State’s warm seasons. However, as people for centuries have rumored, there’s not always just sand and shells under your toes. While sharks and other creatures lurk under the waves, one particular predator draws centuries-old fears from the most seasoned locals. The New Jersey Sea Serpent, also known as the Sandy Hook Sea Serpent, is one of the state’s most famous folktales. So, are the legends true?

Urban legends don’t sweep a region coincidentally. Most need reports from reliable sources to really persuade a community. For instance, you’d be more inclined to believe a zoologist than a florist about which big cats can roar (hint: it isn’t cheetahs). This is precisely how the first sightings of the New Jersey Sea Serpent became ingrained in local culture.

In 1879, the Sandy Hook Life Saving Service was cruising along familiar waters just off the coast of Sandy Hook’s shore. Traveling by boat, the service team was completing their rounds and ensuring the community was safe. They suddenly stopped, reportedly noticing something horrifying and large in the water. Quickly, they returned to shore, desperately explaining their findings to onlookers. 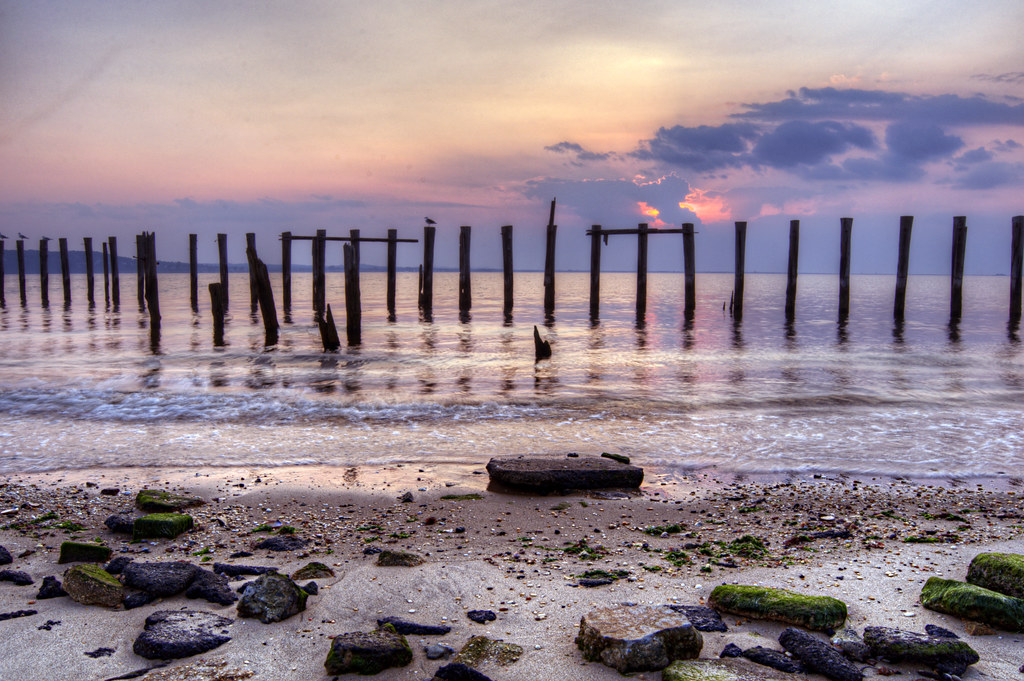 According to the life-saving service team, a 50-foot-long serpentine creature rose from the water near their boat. They reported it had two horns above its head, poking out above its large eyes. The creature’s head was bulldog-like, slithering to the front of the boat and giving off a loud roar. Each of them recounted these events in horrific detail. The individuals and their matching reports were so credible, in fact, that a scientific research team was dispatched to investigate them. They provided official statements, which researchers later used to determine the monster was actually a giant squid.

Yet, nobody could explain the serpent-like movements the team described. As the waters largely cleared during that time, several more sightings popped up around the area.

A High Price to Pay

Nearly 10 years after initial reports of the Sea Serpent sighting, local merchants were returning from a daylong outing. The boaters were sailing back to Red Bank at night, having spent the day picnicking at Highlands Beach. Marcus P. Sherman captained the boat alongside Lloyd Eglinton, Stephen Allen, and William Tinton of Red Bank. The men were familiar with the waters, having traveled along with them many times to sell goods.

Around 10 p.m., as they neared their destination, something suddenly moved in the water. Eglinton, who was keeping watch on the bow for debris and other obstacles, shouted to Sherman. He warned that something huge was directly in front of the boat.

Sherman steered the boat away from the obstruction as his partner yelled, narrowly avoiding a collision. The New Jersey Sea Serpent lurked ahead of them, which was spotted many times in the previous two years. The men’s descriptions matched that of previous accounts––the creature was 40 to 50 feet long, with a dog-like face and a pointed, slithering tail.

The sighting was so credible that it appeared in local and research newspapers. Scientific American even published a piece detailing the account on Dec. 27, 1887. It attributed the attack to a giant squid that deviated from the slithering movements the merchants reported once again. Despite all reports, not a single newspaper discredited the sighting, as all men were notably reliable and sober witnesses. Tension grew throughout New Jersey communities as reports of the sea serpent circulated in rumors and newspapers. For more than five years, no credible reports or evidence was put forth about the monster. Although, waiting for the next sighting only increased local fears. In 1894, the tension broke with yet another sighting.

A fisherman was cruising along Lake Hopatcong, completing his daily tasks on the familiar waters. Suddenly, out of nowhere, a large creature slithered over the water towards the back of his boat. Terrified, the angler rushed to shore with claims the sea serpent had reappeared.

His description of the creature matched that of every other depiction. He reported seeing a 40-foot serpent with the head of a Burmese dog and the body of a snake. The monster allegedly had a black body with a dirty white underbelly.

That same day, another boater reportedly encountered the creature. He fired his rifle at the serpent’s head. Though, the .38 caliber bullet bounced off the mysterious monster, much to his dismay. The man even alleged the serpent winked at him upon deflecting his attack.

The accounts were featured in Lake Hopatcong Angler and New York World in August of 1894. Even as locals tried to simmer reports, they flooded the region, enveloping everyone in a state of panic. New Jersey communities nicknamed the monster “Hoppie” after the Hopatcong lake, largely abandoning the waters. 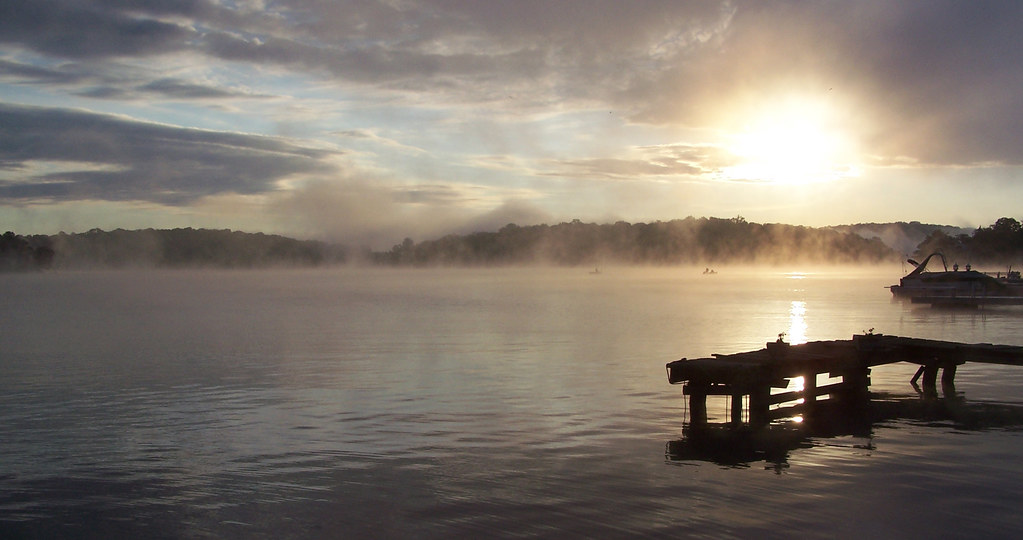 Rumors flourished after these reports, establishing the sea serpent as a staple of New Jersey’s urban legends. Locals debated whether the serpent was real, attributing the sightings to mud turtles, dogs, or even beer kegs. After all, Lake Hopatcong is home to eels, large fish, and even minks. But as time passed, Sussex County’s very own “Nessie” soon grew from foe to friend, with locals learning to appreciate the beast’s engagement with communities.

In fact, on Landing’s local, community-run website, they even include “Hoppie” in their population.

“Landing has a population of approx 6,500 people, several dozen white-tailed deer, a few bears, and one elusive water creature named ‘Hoppie’, who lives in the depths of Lake Hopatcong and can occasionally be seen swimming on the surface of the Lake,” the website states. “Please don’t think of him as a sea monster, he is generally considered to be quite friendly!”

While the serpent was spotted by many people, including those most familiar with the sea, its truth remains a mystery. Or does it?

As present-day news presses on, urban legends have taken a back seat. For many, the New Jersey Sea Serpent is a local tale that’s evaded the Garden State for over a century.

Sudden panic befell New Jersey as a new report of a serpent-like creature swimming around Lake Hopatcong surfaced. Locals spotted the creature in the same areas as legends say the sea serpent resides, causing a new wave of discussion over its existence. Stories of “Hoppie” began circulating the media, explaining its terrifying appearance and threatening nature.

Unlike in the 19th century, part of this encounter was explained. The sudden panic of the sea serpent fascinated reptile specialist and zoologist Gerald Andrejcak. Lake Hopatcong fell quiet once again and new waves of tension washed over the community. So, he set out to discover what slithery creature was behind the rumors.

Andrejcak waded in the waters, eventually stumbling upon––but not catching––the elusive culprit. A 16-foot green anaconda was wading in the shallows, confirming his suspicions. Though the reptile remains in the waters, its identification quelled much of the panic for locals. The specialist explained that anacondas can be aggressive, growing up to 26 feet and weighing 550 pounds. Could this creature, or one of its ancestors, have been behind the late 1800s sightings? Or is the true culprit still at large? Today, locals continue their wary coexistence with the lake. Some believe an oarfish best explains the sightings, while others believe the explanation isn’t so mundane. Recently, one fisherman captured a sea lamprey that appears fairly close to urban legend descriptions despite its small size. There are even reports that the serpent’s bones have already washed ashore, later used to construct a roller coaster at Bertrand Island Amusement Park.

Whether or not you believe the tales, they remain famous in New Jersey’s history. But, just to be extra cautious, try to keep in mind––no waterfront picnics after dark.