What Exercise Actually Does for Your Mental Health Now more than ever, people across the world have had to put a greater focus on their mental well-being. So many factors influence mental health, and physical health often doesn’t get the credit it deserves. In the western world in particular, there tends to be a misconception that mind and body are wholly separate entities. In theory, there is some validity to this; but it’s also true that the two are often interconnected and heavily influence one another. A symbiotic physical and mental relationship is vital to our well-being. Given that, let’s look at what exercise actually does for your mental health.

Believe it or not, exercise can improve cognitive ability. It can strengthen memory, focus, and even processing ability. Regular exercise can improve blood flow to the brain, as it enhances the ability to deliver oxygen. Some say it can counter age-related mental decline. Exercise also improves neuronal health in the brain via increased neuroplasticity and neurogenesis. But enough with the big words; what does this all mean?

For starters, neuroplasticity is when the brain forms new pathways and connections for neurons or strengthens previously existing connections. It allows us to take what we’re already working with and improve its functional and operational ability. Neuroplasticity can help us learn new information but, in simple terms, it allows us to keep our minds sharp.

Neurogenesis, on the other hand, is even more exciting. This is the process that causes us to create new neurons in the brain. Neurogenesis means not just working with what we have but adding to it. This process can be incredibly valuable in treating dementia and trauma in particular. Neurogenesis gives us flexibility, both in memory and information processing. It allows us to better distinguish between old and new memories, and it also helps make it easier to process and then sort further information.

Neurogenesis takes about four weeks, so it’s not instantaneous, i.e., you need sustained physical activity. Either way, whether you remember these big words or not, know that exercise can improve your brain’s functioning ability.

Beyond the capacity to improve cognitive ability, exercise can also improve sleep and lead to sustained and renewed energy levels. Physical activity produces and releases what are known as endorphins and enkephalins, which strengthen our well-being and overall mood. This makes it easier to manage what we perceive to be problems in our daily lives. Therefore, exercise can be particularly useful in handling stress and anxiety. Regulated sleep patterns and sustained energy seem to be underrated when considering their impacts on daily mental health and mood. Our bodies adjust to the patterns we form, but that doesn’t mean said patterns are ideal for our bodies. Consistent sleep patterns and renewed energy can make a world of difference both in well-being and daily performance.

Another typically underrated element we have is mental resilience. Regular exercise, one way or another, requires mental toughness. This strength is critical when we’re faced with mental and emotional challenges. Having this practiced strength in place makes it easier to make healthy decisions when faced with challenges, rather than resorting to drugs, alcohol, or other damaging behavior. Mental toughness may be challenging to build, but it’s the most valuable asset to have in the hardest of times.

Working out is the ultimate confidence-booster, as well, especially if you’ve committed to regular activity. This sense of commitment requires investing in yourself; by doing so, it can be much easier to have enhanced self-worth. Exercise also helps you feel more confident about your appearance even without notable external changes to your body; merely feeling fit can add that extra dose of confidence. Additionally, by setting small exercise goals daily or weekly, you can allow yourself to feel a consistent sense of accomplishment and boost your self-esteem by meeting said goals.

Before I say anything further, whether it’s prescription or over-the-counter drugs, please know that I’m not saying to end your regiments. Talk to your doctor first and understand situations like this depend on the individual, among other circumstances. However, it should be noted that in some cases, exercise can perform the same bodily functions as various medications treating mental health illnesses.

When it comes to treating mild or moderate depression, anxiety, and dementia, physical activity seems to have the same effect as any pharmacological options out there. Remember when I discussed neurogenesis earlier? Well, it’s believed that many mental health problems correlate with reduced neurogenesis. So, experts now think antidepressants, for example, are effective by increasing neurogenesis rather than working in the serotonin system, as was once believed. And if you remember before, exercise increases neurogenesis, i.e., it can perform the same function as antidepressant medication. Again, everyone is different, so consult your doctor first. This is just one prominent example of exercise’s ability to form as a kind of natural medicine.

The same can be said for ADHD medications like Ritalin and Adderall. Both of these medications function by boosting the brain’s dopamine, norepinephrine, and serotonin. The same functions also occur due to physical activity. The role of both is ultimately to increase attention and concentration.

Exercise can even boost your immune system and reduce inflammation. Either way, consult your doctor before making any changes.

Our mental health and overall cognitive function is often rooted in the patterns and connections we form in our brains. With an individual in poor mental health, what we typically see is inflexibility in the mind, and consistent patterns that are negative by nature. An individual like this often feels trapped and stuck, unable to get themselves out of vicious, destructive cycles of behavior and thought. But one of the beautiful benefits of physical activity is that it allows these destructive patterns to be broken and for the mind to reset. The same processes that help improve cognitive ability can help here, as new information is allowed in and is processed better, making it more difficult for these negative cycles to remain intact. Also, working out can simply function as a distraction. Whether it’s a cycle of stress, trauma, depression, or what have you, sometimes we just need the kind of mental break and shock to our system that exercise provides. Like I said, the brain often works in patterns. So if you’re in a funk, it can continue to build up until something interjects to stop the trend; physical activity can be that interjection.

In the beginning, I discussed the importance of developing a mind and body connection. Physical activity is perfect for establishing such a relationship. The mind tells the body what to do, whereas the body sends signals for the mind to react to. So, if one realm falters, we can expect that in one way or another, it’ll have an impact on the other. Therefore, it becomes particularly important that both get equal attention and treatment.

An easy way to strengthen the mind-body relationship is to practice mindfulness while working out. Be aware of your breathing and the different body parts in action and focus your mind solely on these elements during the workout. It then becomes much more comfortable to feel this connection and gauge how much control you have. Yoga is also an excellent way to build the mind-body connection and can be a surprisingly good workout.

How Much is Enough?

Hopefully, you have a clear understanding of what exercise actually does for your mental health by now. The question now becomes, how much physical activity is enough?

There isn’t a perfect answer that works for everyone here, but generally speaking, the goal should be to work out for roughly 30-45 minutes three to four times a week. It depends on what exercise you’re doing and personal circumstances, but that amount provides a solid framework. That might seem like a lot, and if that’s the case, start with less time but try to keep the frequency intact. The main point is to stay consistently active each week. There is no perfect science here. Everyone is different, so it’s more about finding what physical activity is best for you and committing to it. Keep those fancy workout products and services on the backburner. Make sure that above all else, your commitment is where it needs to be, then the rest will fall into place.

Exercise can be challenging, especially at the outset, but over time, it only gets easier. Studies show that even small physical activity improvements can increase reward signals, so eventually, it becomes much more of a rewarding experience than an unenjoyable one. On the other side of the coin, sustained inactivity can lead to chronic problems such as heart disease, cancer, obesity, and osteoporosis. Hence, the suffering you feel at the beginning is worth it in the long run; especially now that you know what exercise actually does for your mental health.

Just remember, it’s about direction and progress, not perfection. Commit first, then refine.

Helpful Resources: What Exercise Actually Does for Your Mental Health

Physical activity is ultimately just a tool at your disposal to support your mental health. If you or anyone you know is struggling with mental health, please consider taking a look at the resources below. I surely will advocate for adding consistent physical activity into your life but by no means is that the end-all, be-all solution. Take a look at the resources below, and never hesitate to reach out to loved ones. 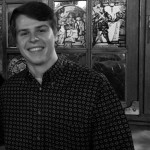 9 Best Christmas Cocktails to Make in 2020

5 Teas to Boost Your Mood This Winter

Where to Try Goat Yoga in NJ

The Pickleball Craze Has Made Its Way To...

Where to Try Goat Yoga in NJ