Martha’s, a popular family-owned breakfast and lunch spot in Jersey City’s Bergen-Lafayette, is open for business. Located at 308 Pacific Avenue, they bring fresh ingredients and a modern flair to classic seafood cuisine and grill items, plus everything breakfast.

Co-owners and spouses Alexis and Antonio Cartagena spoke with us about their family’s experience running this business during the COVID-19 pandemic. Rest assured, the Cartagenas report that everyone is doing well. “This has been an extremely emotional rollercoaster with the severity of this virus,” they say, “So we are thankful that our families are well.”

During Jersey City’s closures in March, Martha’s closed its doors for two weeks to complete a deep cleaning and ready the location for takeout and delivery only. At this time, the family also donated food and coffee to essential workers in nearby hospitals. Antonio says, “Giving ourselves that time to recover has been key,” and emphasized the importance of “maintaining a healthy lifestyle.” Martha’s has been in business for just four years now and was established in 2016 by their late uncle Leo “Connie” Wilson, who named the restaurant after his mother. Martha was “always dressed classy from head to toe,” the Cartagenas says, explaining the origin of the restaurant’s slogan “Classy Like Martha’s.” Once the restaurant is back to indoor dining, customers will once again find Martha’s picture on the wall to welcome them.

Wilson was a firefighter before bringing his culinary expertise to the Jersey City community. Alexis and Antonio took charge and made renovations in August 2019, reopening two months later.

Wilson was able to witness this transformation and subsequent success before his passing this March. “We wouldn’t be here without him. Being able to work with family almost feels like a weight lifted for us. You aren’t trying to sell anyone on your vision. They see it for you, and they hop in to do what is needed to be successful,” the Cartagenas says.

Part of this success may be attributed to Martha’s top-of-the-line service. “The team is BIG on energy,” Antonio says, “When you walk in you will feel the positive energy. It may be hectic but there is a sense of calm,” which comes from the team’s commitment to building relationships. “You’ll feel like family. Unsure of what to order? Take your time. Hesitant on trying something new? Test it out first. There’s so much more to it than making food!” This is the kind of character an establishment benefits from when family-owned.

Antonio was raised around the corner from where the restaurant now stands. Back then, he reflects, there weren’t many places like Martha’s that truly understood the value of community and nurtured its residents. “If you don’t have any money for food before going to school, stop by Martha’s and get a sandwich so your body is fueled for the day,” Antonio says. “That’s how you make a lasting impression on the next generation. Sometimes as a society we forget that it’s not about the dollar at the end of the day, it’s about having an impact on someone’s life.”

If you’re looking for the most popular dishes at Martha’s, you’ll want to try the catfish and grits, or the salmon cakes. If fish isn’t doesn’t suit your fancy, go ahead and try a chipotle chicken sandwich or a cheesesteak.

Have you ever had our Salmon cakes with chipotle mayo? 😩🤤 guaranteed to change your life 💜 Only at Martha’s

Last weekend, Martha’s introduced avocado toast to the menu. Need something to drink with that? Smoothies are coming soon. Make sure to keep an eye out for these nutritious drinks. No matter what you’re ordering, you can rest assured that you’ll be looked after. Martha’s family staff aims to build meaningful relationships with their customers. “You get to know and learn so much about a person just by having a conversation through food, sports, anything really,” the owners tells us. “It’s about teamwork here. It makes you feel like you are touching souls.”

With those words, great food, and a committed team, Martha’s reminds us that we are stronger together. 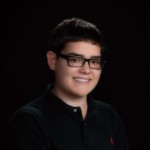 Here’s How To Pick The Perfect Keto-Friendly Diet

Where to go Apple Picking in New...