It happens every couple of weeks as the moon moves through its phases: new moon, first quarter, full moon, last quarter and the phases in between. The new moon,  the first in the lunar cycle, marks a fresh beginning and a time to set new intentions. As it continues, the halfway point is marked with the full moon. With varied symbolism such as growth, staying grounded and manifesting destiny, the peak of the lunar cycle is filled with astrological spirituality. What better way to soak up that energy than a witchy market under the night sky? That’s exactly what NJ’s very own Lunar Faire has in mind.

Taking place twice a month around North Jersey, the Lunar Faire is a night marketplace that celebrates these two pillars of the lunar cycle (hence the name). With events on both new moons and full moons, the market pops back up every two weeks. What is the Lunar Faire?

Attending the Lunar Faire is unlike your typical vendor market. Starting in the evening and going well beyond dark, the event embraces the power of the moon and nighttime sky. Bringing together vendors, artists, witches, fans of the occult and anyone else looking to join in, the Lunar Faire kicked off for the first time in June 2021.

Founders Tiffany Casey and Kelly Dagion, who have been friends since childhood, set out to open up a market under the new and full moons. Casey first brought about the idea and reached out to Dagion for help in bringing the event to life. Shortly after the inaugural fair, it “exploded” and continues to expand with each occurrence.

“The first event was between 42 and 48 vendors,” Dagion says. “This event (September 6) is 200-plus vendors, so it’s basically four times as big as we started.” With handmade candles, teas and bath soaks, along with handcrafted mugs, art, signs and clothing, it’s easy to get lost in the offerings but there is so much more to see.

Happenings include tarot, palm and other spiritual readers, as well as live shows and spells. There is even a “potion lab” mixing up witchy-themed refreshments such as butterbeer, Bog Witch Brew and blood bag drinks. Other experiences include drum circles, cauldron spellcasting, fire twirling, stilts and acrobatics, and tons of festive costumes. As a whole, the Lunar Faire is a one-of-a-kind event.

“We have the best vendors,” Dagion says. “There are so many talented people. I just want to see someone have a passion for what they are doing.”

Where is the Lunar Faire in NJ?

Part of the magick (and that’s magick, the harnessing of powers, not performance magic), is the space. Drawing upon the lunar phases, naturally, the outdoor setting plays a large part in the mood of the fair. But it hasn’t always taken place at the same location.

The first Lunar Faire was held at Oakland, NJ’s Crystal Lake Beach Club. Since then the event has moved to Pompton Lakes—though the subsequent fair at the Elks Lodge was canceled—and most recently Sparta’s Camp Sacajawea. But don’t expect to get comfortable with a single setting. “We kind of like the excitement of moving to somewhere else,” Dagion says. “We’d like to go to Central Jersey, we’d like to go to South Jersey, even out to Bergen County. We get requests all the time,” adding that they “definitely haven’t seen the last of Camp Sac.”

The next Lunar Faires are set for September 20, October 6 and October 20. Follow the market on Instagram to find out where they will be next and what to expect at upcoming events.

Pro tip: bring a flashlight, it gets dark! 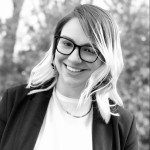 Plan Your Next Family Trip to Chicago

How to Organize a Retirement Party for a Colleague