In the Pine Barrens, amongst the detritus of the forest floor and the tree trunks that reach to the sky, lies a village. This is Batsto, and before its restoration in the 1970s, it was the symbol of a bygone era of American industry. From its birth in the 1760s as a quiet woodworking hamlet, Batsto quickly became an integral part of America’s liberation from the British monarchy. Its story is flush with bureaucracy, war, and capitalism, while somehow dodging the radar of mainstream history. But through its lifetime, Batsto Village supplied New Jersey and the fledgling nation with one crucial resource: iron.

Charles Read III was a busy man. Between establishing his own law practice in Burlington, New Jersey and serving local government, he was an entrepreneur. Read was a prominent figure in the timber industry, and while expanding his empire, a new business opportunity presented itself in Batsto. Somewhere along the line, Read became aware of the large stores of iron in Batsto, and quickly swept up the property, along with three others. But Read soon realized he had spread his finances too thin. While attempting to recoup his money, his wife Alice fell gravely ill and soon died. Read decided to sell his wife’s estate in Antigua in order to save his legacy, but when he returned to America, he faded into obscurity. His iron empire ended not with a scream, but with a whimper. However, that was just the beginning for Batsto. 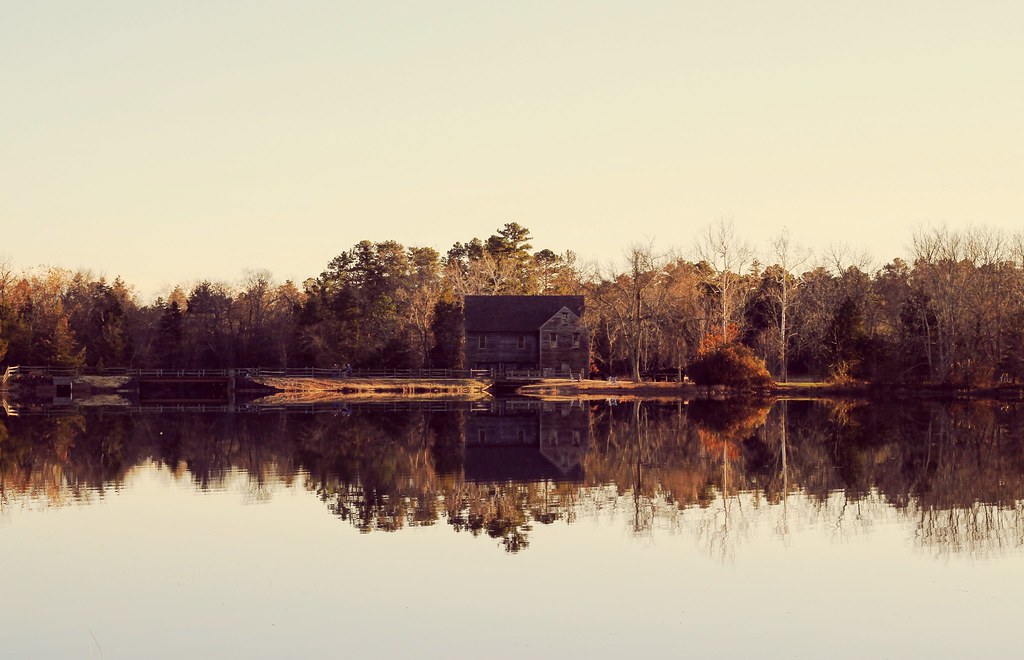 As Batsto began to establish itself as an ironworks, a new benefactor emerged. John Cox purchased the village in 1770, and immediately ruffled the feathers of Great Britain. In 1750, the Iron Act prevented the American Colonies from producing finished iron products. Instead, the American Colonies were to only refine iron ore and ship it to Great Britain. Cox stood staunchly in opposition to the act, and as America’s iron production grew, he was not alone. Batsto soon evolved from an iron refinery into a weapons manufacturer for the brewing Revolutionary War. But it’s important to note that Batsto wasn’t collecting just any type of iron.

In studying Batsto’s history as an iron colony, there is one major piece of the story missing—mines. The fact is that the residents of Batsto were not mining iron, they were harvesting it. Bog iron is a type of metal that forms close to Earth’s surface. As acidic groundwater dissolves iron from soil, it navigates upwards through springs. Upon reaching the surface, this water then reacts with oxygen in the atmosphere as well as bacteria at the surface. These reactions cause the formation of iron-rich minerals that coalesce in the solution. While the reactions continue, the iron collects in bogs, where it can be observed as light-orange sediment. Bog ore can be found in wetlands throughout the world, but its concentration in New Jersey speaks to the state’s geologic history. 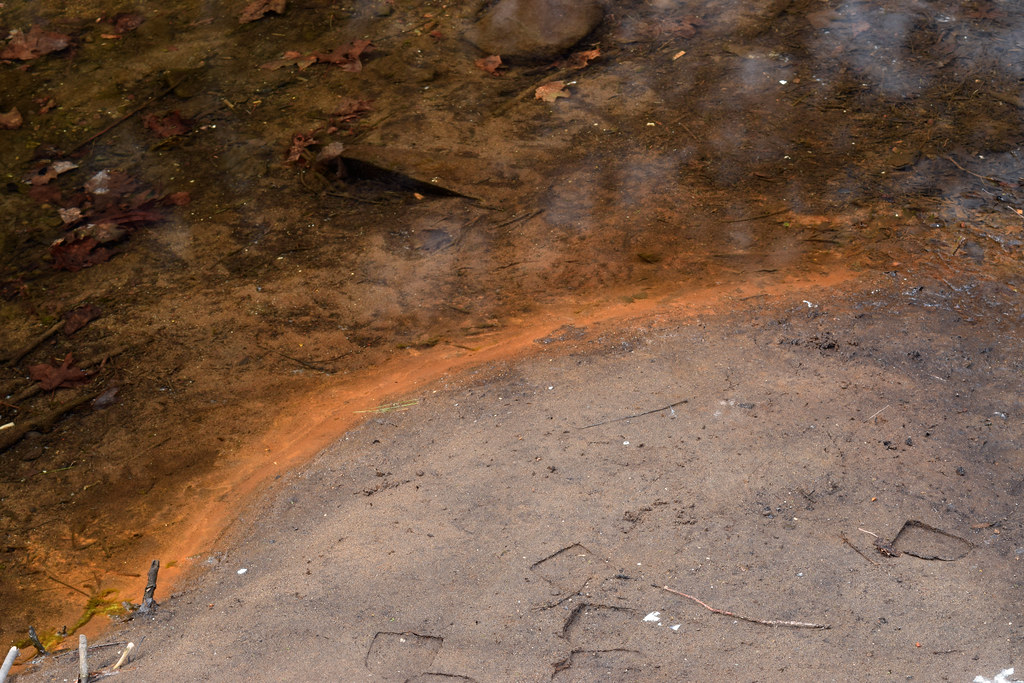 Once the bog iron is collected, it needs to be refined. The furnace used in Batsto was over 30 feet high, and operated 24/7 at incredibly high temperatures. It’s main fuel source was charcoal made of pine wood, which made Batsto’s position within the iron-rich Pine Barrens ideal. Limestone was also necessary for refinement, and was used in the form of oyster shells (likely) pulled from the Barnegat Bay. The ore, shells, and charcoal were dumped into the top of the furnace. There, they burned into a molten mass, where impurities rose to the top. Refiners piped the liquid iron  into trenches dug into the ground to cool. From there, the solid iron was transformed into bar iron, horseshoes, wagon rims, pipes, kettles, and military munitions.

As the Revolutionary War raged on, Batsto’s iron production was so crucial to the Colonies that residents received exemptions from the draft. Cox was also ordered to build a fort in the village to protect it from British invasion. Batsto was such a threat to the British grip on America during the war that an ambush of the village was planned. Due to a lack of wind, British ships could not reach the village, but that didn’t stop them from massacring an army a few miles south. Batsto eventually fell into the hands of Joseph Ball in 1778. Ball served as a manager of the ironworks under Cox during its heyday. But as the Revolutionary War slowed to a halt in 1783, so too did Batsto’s output and commerce. 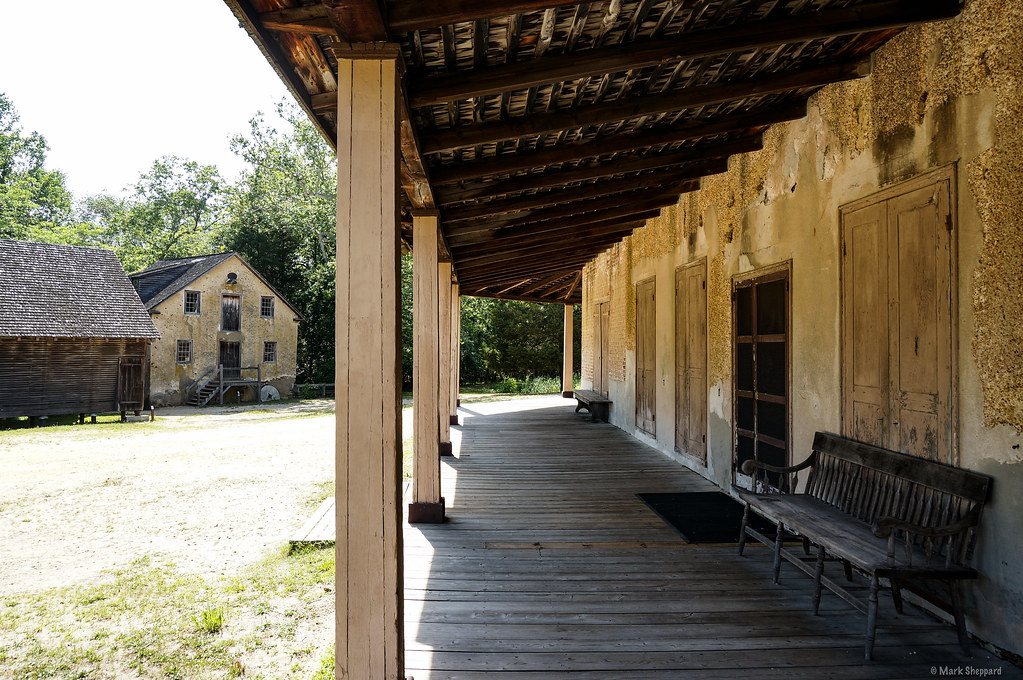 Over the next century, Batsto would change hands yet again. In 1784, Ball’s uncle William Richards purchased a controlling interest from Ball. Over the next century, the Richards dynasty would expand Batsto’s infrastructure and reach. After William Richards retired from ironworking in 1809, his son Jesse Richards took over. When Jesse died in 1854, his son Thomas took over Batsto. At this time, the demand for iron began to slow, and Thomas pivoted Batsto’s output to glass. But this new venture didn’t catch on, and Batsto went bankrupt. It wasn’t until 1876 that Batsto was bailed out and purchased by Philadelphia businessman Joseph Wharton, who transformed Batsto into a sawmill and cranberry bog.

Today, Batsto remains owned by the state, and is situated on the southside of Wharton State Forest in Burlington County, New Jersey. The village is open to visitors who want to take a trip back in time. Buildings like the post office and the library are no longer operational, but remain in their original form and are open to tours. The Annie M. Carter Interpretive Center, meanwhile, offers a unique look into the local ecosystems and biology of the surrounding Pine Barrens. Batsto’s administration hosts a variety of events including guided tours, stargazing, war reenactments, and weddings. The surrounding forest and nearby lake are open for hiking and canoeing. More information on Batsto Village’s offerings can be found here.

What do you think of the story of Batsto Village in New Jersey? Let us know in the comments.

Featured image by asapphotography on Pixabay