Miles beneath Earth’s surface, chambers of magma sloshed and bubbled. As gases built up within them, these chambers expanded, cracking and fracturing the ground above. As magma migrated upward to the surface through these passages, it made contact with cooler pockets of water. The temperature differential between these two fluids caused rapid cooling and a subsequently cataclysmic release of pressure. Within seconds, hell was unleashed. A massive explosion annihilated the surface, emitting clouds of gas and shards of rock that rained down on the land below. When the smoke cleared, all that remained of the armageddon was a hole in the ground. This all occurred over 440 million years ago, and it’s how Beemerville Volcano in New Jersey was formed.

The Beemerville Volcano, more commonly known as Rutan Hill, is New Jersey’s resident—and only—volcanic site. The hill is located in Colesville, New Jersey and is only one remnant of the Garden State’s complex geologic past. Standing at an elevation of 1,020 feet tall, Rutan Hill (thankfully) has been dormant for over 400 million years. To put that into perspective, the last time the volcano erupted, the Appalachian Mountains were just starting to form. Today, Rutan Hill has been developed into neighborhood real estate due to its position within the beautiful and sprawling landscape of Sussex County. However, the hill’s geology is a much more complex story. The Beemerville Volcano is only one piece of a much larger mass of underground volcanic rock. This mass is called the “Beemerville alkaline complex”—an “alkaline complex” has high amounts of rocks featuring alkali metals like potassium and sodium. The complex spans over 60 miles from the Delaware Water Gap through North Jersey to Westchester County, New York. While the Beemerville Volcano is the most obvious evidence of this complex’s prehistoric volcanic activity, there may be more. Some geologists hypothesize that a network of hardened magma tubes may be buried underneath the surrounding soil.

A Rare Glimpse Into the Past

The most exciting prospect of Rutan Hill for geologists, however, is the presence of a rare volcanic rock. Nepheline syenite is abundant throughout the Beemerville alkaline complex, but is most easily seen on Rutan Hill. This rock is classified as “igneous,” meaning it was formed by volcanic activity. Nepheline syenite can be found all over the world, but only in three locations in the United States: New Jersey, Arkansas, and Texas. Nepheline syenite is also one of the most studied rocks by geologists because it can form only in highly specific conditions. This means that the rock can offer geologists snapshots of certain parts of Earth’s history. 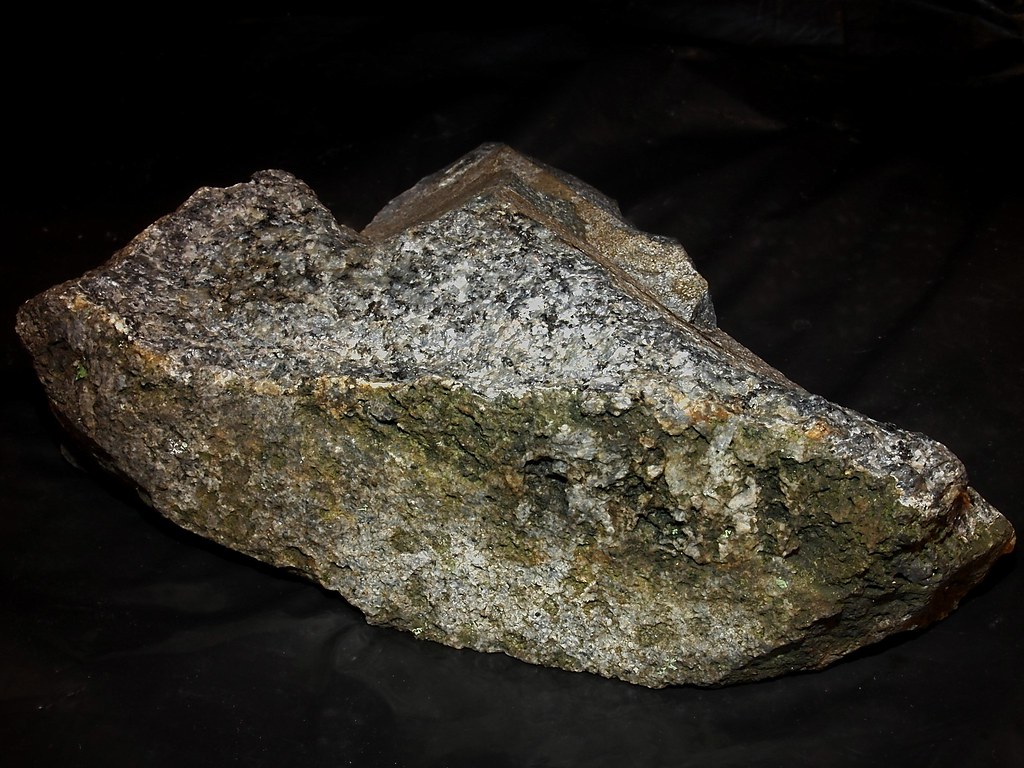 As far as the everyday resident of New Jersey is concerned, Rutan Hill is mostly inaccessible. Due to its scenic views of Sussex County, the hill has been developed into prime real estate and farms. However, glimpses of the hill and its geology may be visible from High Point State Park’s Appalachian Trail. Regardless, New Jersey’s rich geologic history is only more special with the addition of this volcano. As such, New Jersey joins the ranks of 22 other states in the country with volcanic activity in their geologic records.

What do you think of Beemerville Volcano in New Jersey? Let us know in the comments.

Great story. I had no idea.