If you’ve spent the summer living anywhere in New Jersey, it’s almost certain that you’ve seen dozens, if not hundreds of spotted lanternflies huddled on the sidewalk or surrounding a tree. Sometimes, it seems impossible to go on a walk without encountering several of the spotted insects. Though their red hind wings are captivating to look at, they are also detrimental to the environment. So much so that almost everyone we know has taken up arms to stomp on these insects at first sight at the request of the NJDA.


If you’ve noticed more spotted lanternflies of late, rest assured you’re not the only one.

The invasion of the agricultural pest, the spotted lanternfly, has become so widespread in New Jersey that the Department of Agriculture no longer requires residents to report sightings— they now inhabit all 21 counties of New Jersey. In early August, the New Jersey Department of Agriculture (NJDA) put eight counties under quarantine. Residents or travelers through Warren, Hunterdon, Burlington, Camden, Gloucester, Salem, and Somerset, were asked to promptly kill any spotted lanternfly that crossed their paths. 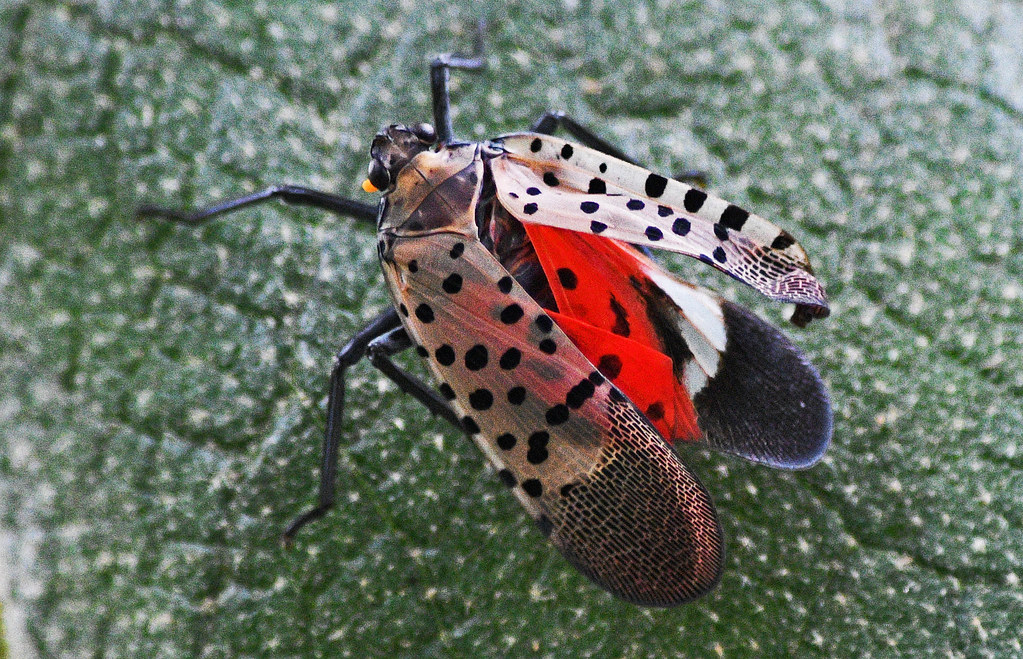 Although the insects are not harmful to humans, they can be very threatening to New Jersey’s billion-dollar agricultural industry, especially since we have seen a decrease in agricultural land in the Garden State over the last 40 years. “This insect has the potential to greatly impact agricultural crops and hardwood trees. SLF [spotted lanternfly] feeds on the plant sap of many different plants including grapevines, maples, black walnut, and other important plants in NJ.” The invasive insect is known to feed on sap from more than 70 plant species. According to Rutgers University, researchers are concerned about how this invasion will impact trees like the black walnut, red maple, river birch, willows, and crops like grapes, apples, and peaches.

What Are NJ Towns Doing to Help?

The NJDA announced they are offering up to $15,000 of reimbursement funding for counties to take matters into their own hands with measures to kill large insect populations. Some counties in New Jersey have enacted “trap trees,” which are coated in herbicides proven to kill insects that are trying to feed. In several areas across the state, many New Jersey towns are covering trees with tape-like traps so the flies will stick to them, leaving the insects unable to infect trees and plants, ultimately curbing the overall population. 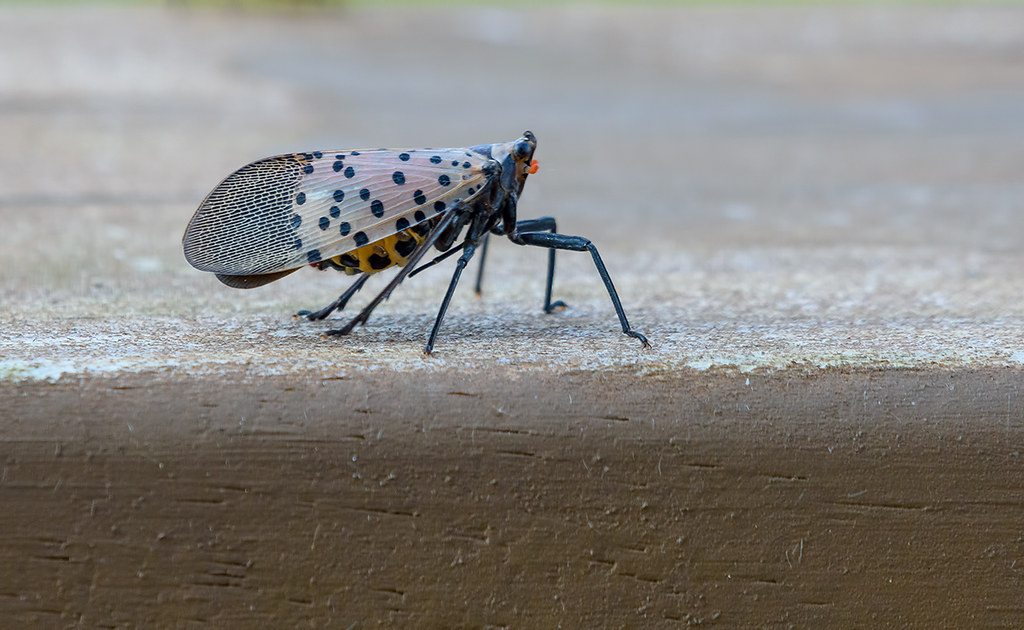 Researchers are optimistic that thousands of spotted lanternfly eggs and adults will die during the New Jersey winter. However, those that survive pose a real threat to NJ’s billion-dollar agricultural industry. Starting in October, the adult population begins to lay eggs on smooth and hard surfaces, making them easily and accidentally transportable to different areas of the Garden State. Researchers say that we will not see immediate damage from their invasion, but since SLF have been present in New Jersey since 2018, four years of invasion are bound to have some damaging effects.

The NJDA is still asking New Jersey residents to kill any spotted lanternfly you may see.

For more information on the spotted lanternfly, visit our article, “The Spotted Lanternfly is in New Jersey: Here’s What That Means.” 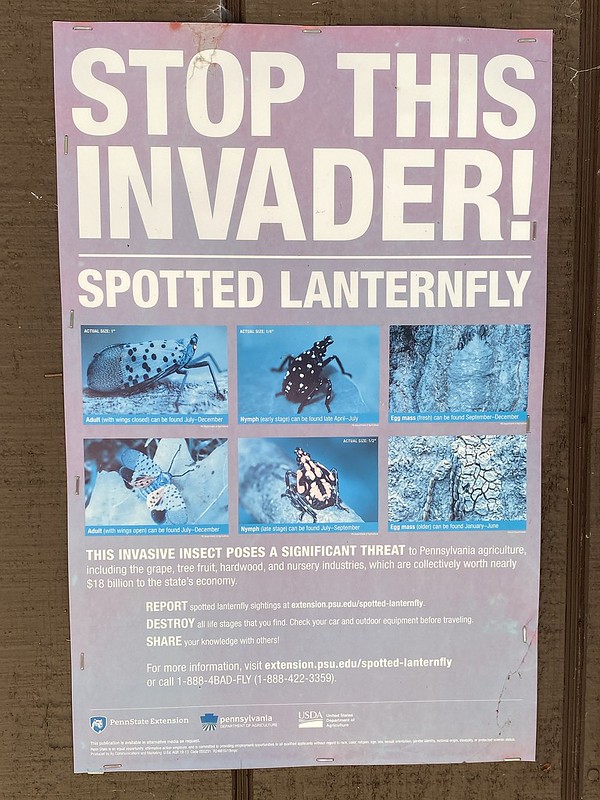 I read that making a mixture of PINE SOL and DAWN DISH DETERGENT and Water in a dish will attract them and cause them to drown. I also read that you can put it in a spray bottle and spray trees with it. Does anyone know if this will work?

So we were very concerned about flypaper because of the potential to trap other animals that may approach (e.g., birds flying low, etc.). Also, it’s just messy. And then any supplementary chemical applications. “There’s got to be a better way!”

Eventually we learned about circle traps. They attach directly to the tree trunk and are very elegant and clever in design. No chemicals, no flypaper, plus they’re 100% reusable!

I wish I could post a photo here because it has worked _that_ well. Passers-by are impressed and ask us about them often. Even Bernards Township NJ (where we live) has been using these traps in park spaces now, and perhaps other municipalities have joined them. All I know is I can’t recommend them highly enough as an alternative.

Rutgers has linked to a YouTube video by PennState Extension[1] showing how to make your own circle traps, or you can do what we did and find them for sale online. Please be mindful of the cost; we found high quality, reusable, full-season reservoir SLF traps for around US$27 each. Also note that you may need to purchase two for each of your trees that SLFs are attracted to, depending on its circumference, that way you get full coverage all around the trunk.

I hope this helps!