Best Places to Watch a Baseball Game in NJ

At last, the New Jersey sun is starting to make more appearances while temperatures are rising, making it impossible not to enjoy the outdoors. Springtime signifies the start of baseball season, although all levels start at different times. While New Jersey is home to one NHL and two NFL teams, we have to look to New York for our MLB teams. However, the sport is certainly still thriving in the Garden State. There are countless teams spanning from little league all the way to professional. If you’re looking to watch competitive baseball without leaving the state, here are five places in NJ to catch a live game.

Possibly the most well-known place on this list is Yogi Berra Stadium, located within Montclair State University. It’s home to the New Jersey Jackals who play in the Can-Am League. But, that’s just scratching the surface of what this stadium has to offer. The Yogi Berra Museum is opening back up on May 1 after a hiatus due to the pandemic. They also have an annual food truck and craft beer festival right on the field, but the date for that is yet to be announced. Their most impressive commodity might actually be their weekly firework show that could be mistaken for that of a Disney World display. The Jackals home opener is Saturday, May 29 at 6 p.m. 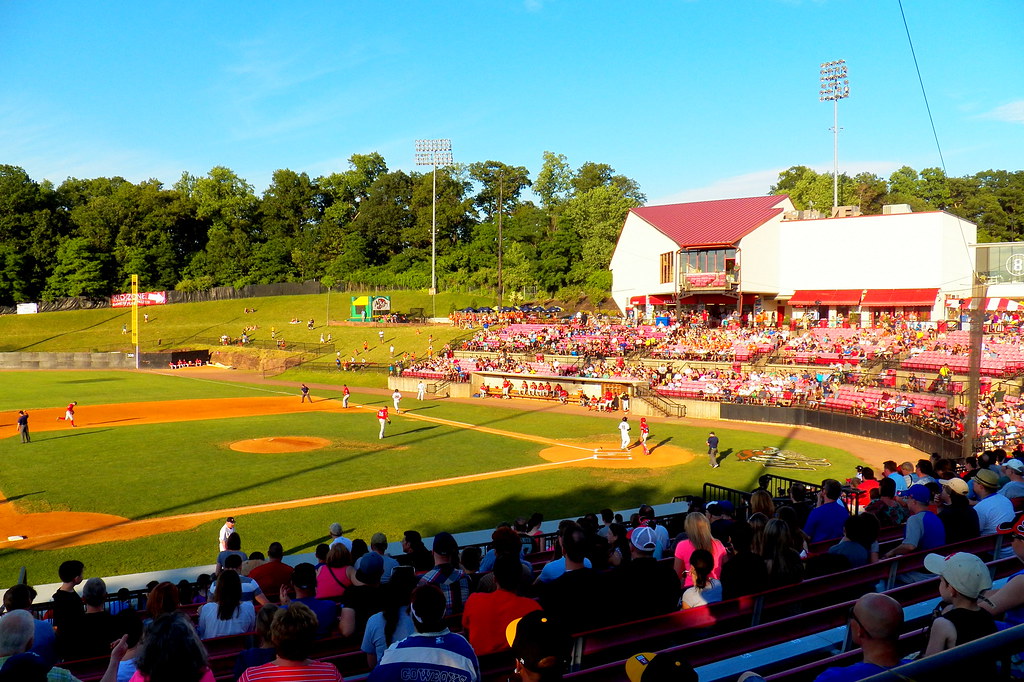 It was announced last fall that the Somerset Patriots will replace the Trenton Thunder as the  New York Yankees double-A affiliate. The Patriots enjoyed over 20 years of success in the Atlantic League while consistently recording strong attendance. They’ve averaged 5,300 fans per game and 370,000 annually which likely played a part in the Yankees decision to use them as part of their farm system. The beautiful TD Bank Park was built in 1999 by Somerset County to hold 8,580 fans and cost $17.5 million. Since double-A teams are usually used for a club’s most promising prospects, it’s no surprise they’re constructing a brand new state-of-the-art training facility for coaches and players.

TD Bank Park was already one of the best places to watch baseball in NJ and now farming the Yankees future stars, their attendance will undoubtedly get even better. Not to mention, the Patriots revealed sweet new Yankees-themed uniforms for their season beginning Tuesday, May 4. 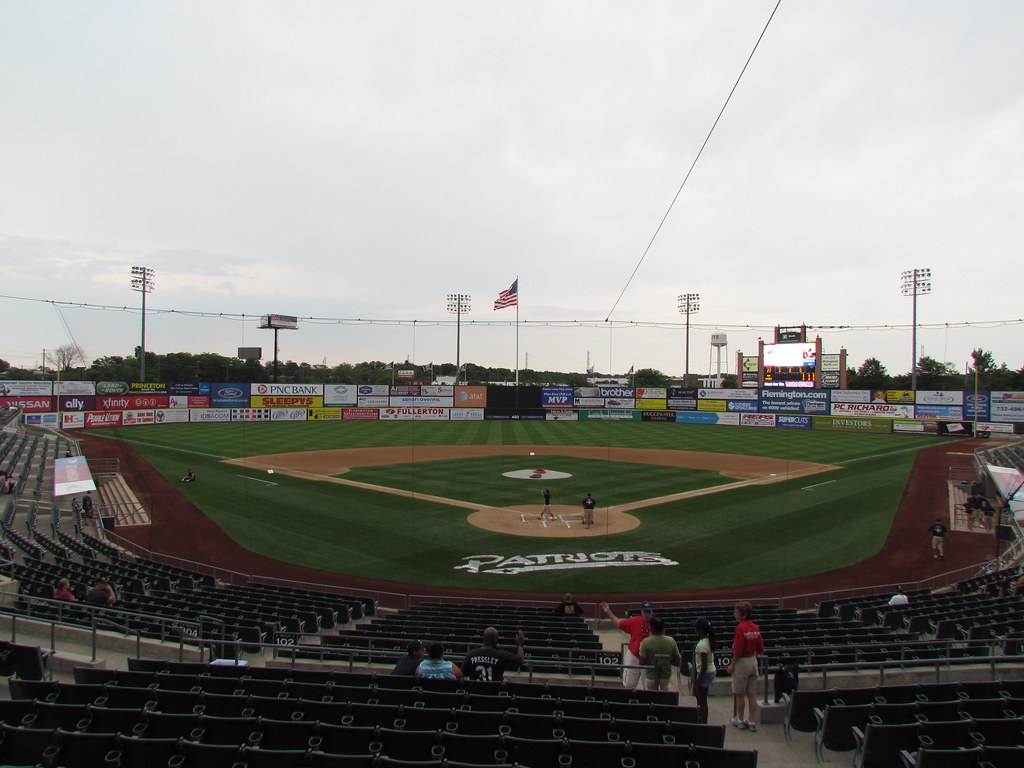 Arm & Hammer Park is home to the Trenton Thunder. Since their disaffiliation with the Yankees last year, they’ve joined the brand-new collegiate summer MLB Draft League. The latter is designed to showcase the top draft-eligible prospects leading up to and following the MLB draft. The park itself opened in 1994 under the name Mercer County Waterfront Park. The naming rights were later purchased in 2012 in a contract that lasts through 2032. What’s unique about this 6,150-seat stadium is that it’s right on the Delaware River. The right-field wall is very short, giving visitors prime viewing right from their seats. This also means home run hitters can “hit one out of the state.” Opening night for the Thunder is May 24 at 7p.m. with a fireworks display to follow. 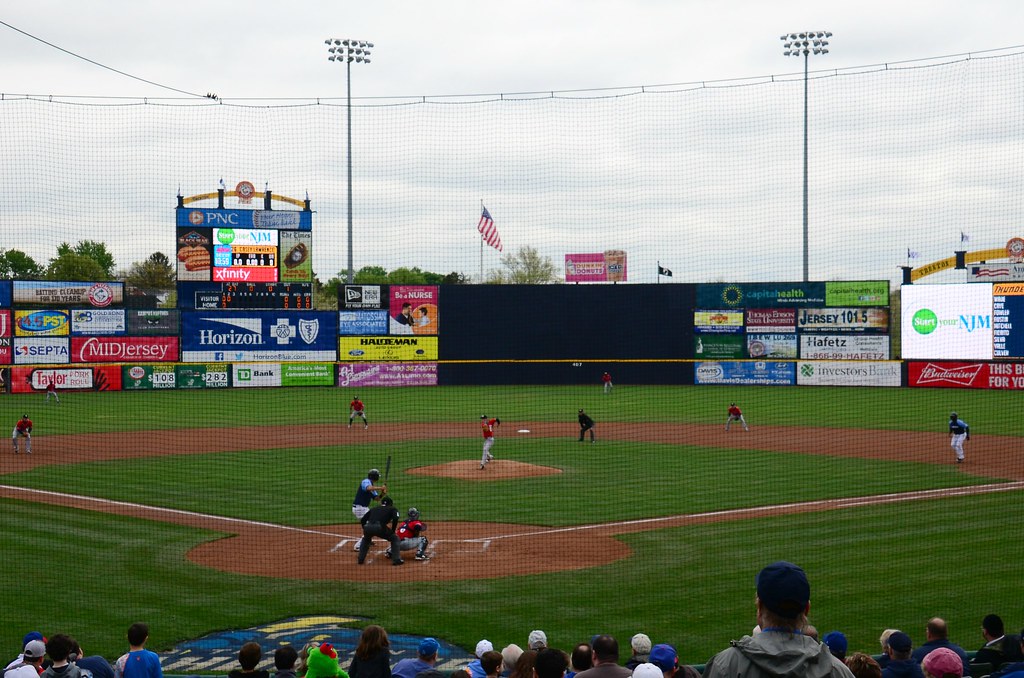 The historic Skylands Stadium has been home to the Sussex County Miners since 2015, who won a Can-Am League championship in 2018. From 1993-2005 the park was home to the New Jersey Cardinals. To fit in with the area at the time of construction, the stadium was designed to resemble a farm. This is more visible from a distance or an aerial view. On top of their 50-plus game schedule, Skylands hosts a variety of events. These range from fireworks every Saturday and food truck festival to stunt shows and concerts. They’ll kick off the season on Memorial Day weekend with a special barbecue for their first game. 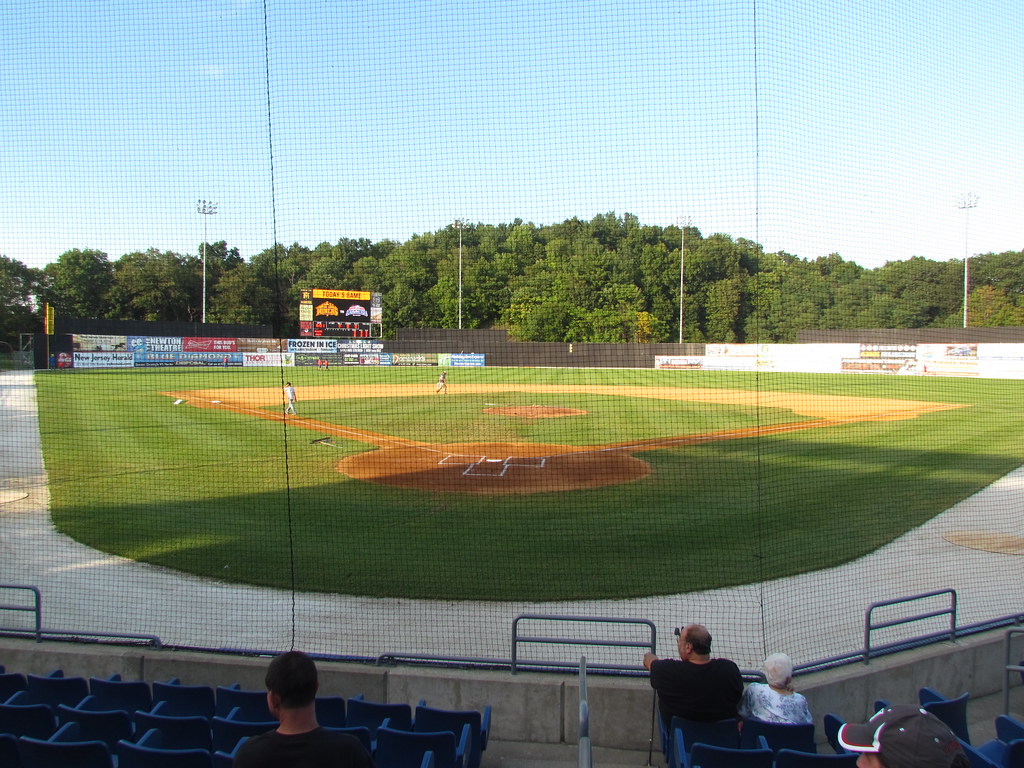 For South Jersey baseball fans who root for the Philadelphia Phillies, FirstEnergy Park is the best place to watch a game. In 2001, the Phillies moved their high-A minor league team from North Carolina to New Jersey and called them the Lakewood Blue Claws, which was changed to Jersey Shore Blueclaws in 2020. This rebrand has been implemented throughout the ballpark with a number of themed activities available.

In the outfield, they have boardwalk games, Biergarten Bar and even a mini-golf course. The stadium has 6,588 fixed seats along with 16 luxury suites, two party decks and two picnic areas. They have an impressive 1,800-foot video scoreboard which is a gem for a minor league park. Along with the many attractions, their talented players also attract fans to the park. They’ve had 106 former players make the big leagues, including Phillies legends Ryan Howard and Cole Hammels. 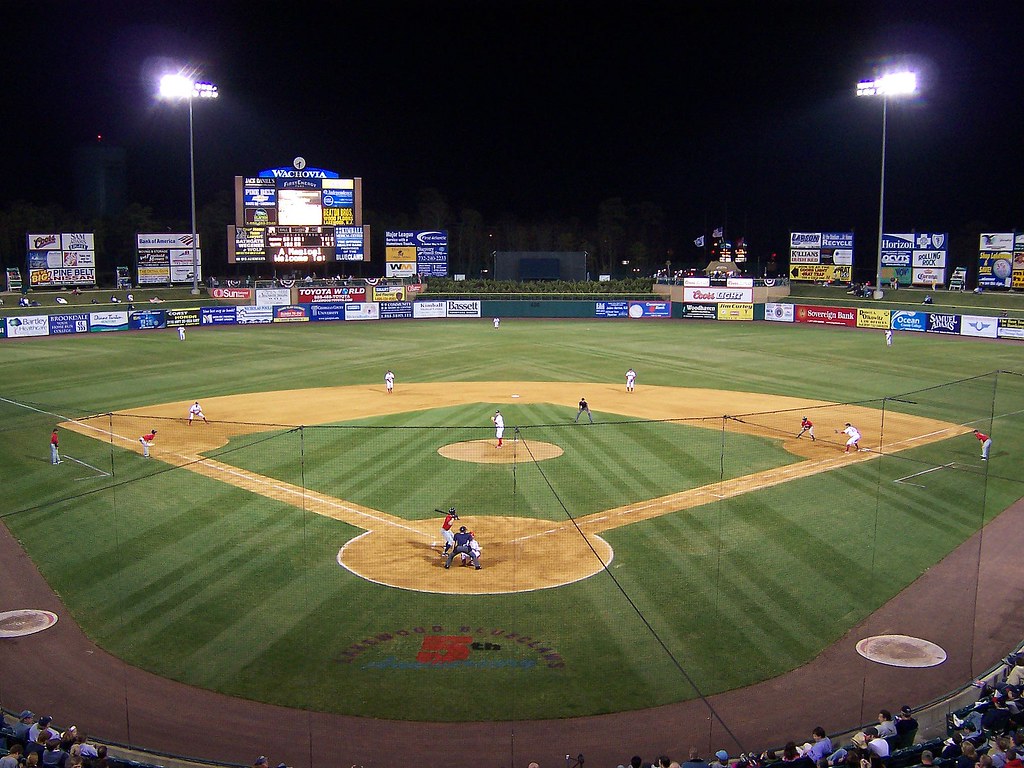 Have a favorite spot in NJ to watch a baseball game in person? Let us know in the comments below. 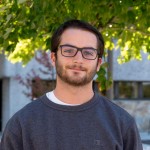